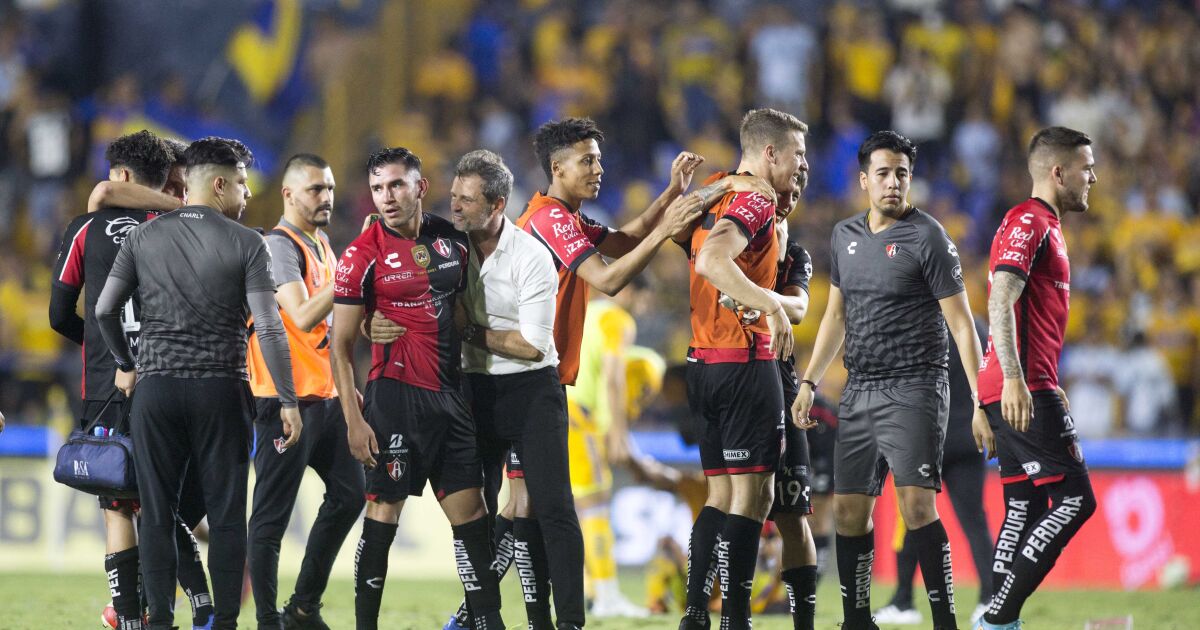 Very close to the break, at minute 45, the Colombian Julián Quiñones scored the 1-0 for Atlas with a shot inside the area; that goal forced the felines to score four.

The 1-1 of the Tigers was scored by André-Pierre Gignac with a disputed criminal signaled by a foul on himself; the French striker converted it into a goal at 54 with a shot to the lower left corner to overcome the throw of the Colombian goalkeeper Camilo Vargas. Five minutes later, Gignac signed the somersault with the 2-1 through a half-turn shot, to a pass from Colombian Luis Quiñones.

After reviewing the VAR, the referee signaled another penalty in favor of Tigres and Gignac shot it powerfully, up and to the left, to deceive Vargas and make it 3-1, at 74.

The felines threw themselves vehemently for the goal that would put them through to the final and made it 4-1 at 81′ with a header from Lichnovsky inside the six-yard box.

With the aggregate score tied 4-4, the Tigers would have advanced by the criterion of better position in the table at the end of the regular phase: they were second and the Atlas, third.

The Foxes had the opportunity to regain their pass to the final with a penalty awarded in stoppage time after the VAR review. At 90+10, Aldo Rocha placed the shot in the lower left corner and thus sentenced the 4-2 in this match and the Atlas classification.

The second semifinal will be completed on Sunday in the Hidalgo stadium with the series between the Pachuca of the Uruguayan coach Guillermo Almada and the America of the Argentine technical director Fernando Ortiz.

Read:  I think I'm going to take a break from playing for a while: Naomi Osaka

This tie is tied 1-1 and the Águilas del América need the victory to advance to the final.