Bullfrag
Home Technology Automobiles Alpine already enjoys the best Alonso: «He has silenced those who doubted... 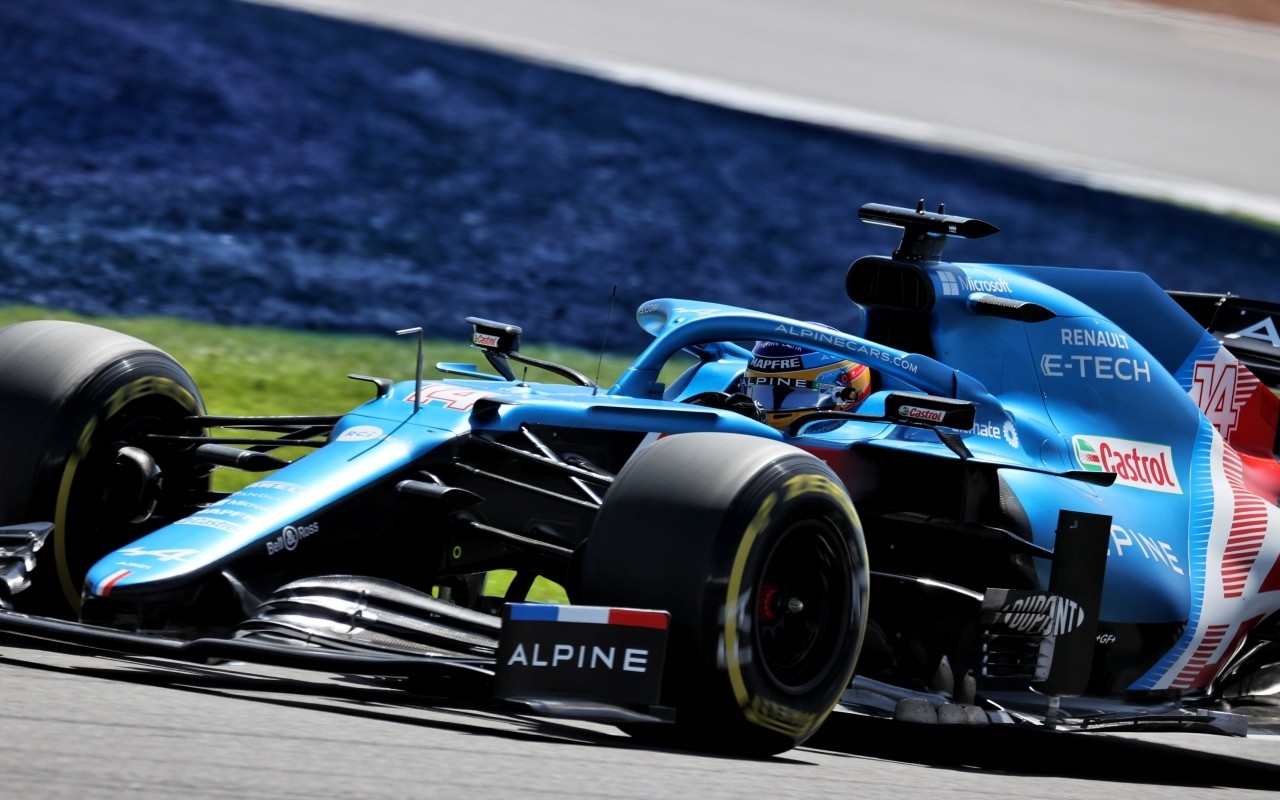 The Alpine F1 team faces the Hungarian Grand Prix with the satisfaction of a job well done at Silverstone, where Fernando Alonso shone and Esteban Ocon returned to being competitive after a bad run.

Alpine he’s managing to stay in contention for fifth in the constructors’ championship despite not being a clear contender for points in every race. While AlphaTauri and Aston Martin have shown greater ups and downs, the French team tends to stay in the positions close to the points more or less constantly.

In the first races it was Esteban Ocon who supported the team, but from Azerbaijan Fernando Alonso has recovered his best form and is already a solid leader in Alpine, something that congratulates the leaders of the Renault Group sub-brand.

Marcin budkowski, CEO of Alpine F1, has congratulated Silverstone on the result, but is fully aware that there is still a long way to go to reach the final goal of the brand.

“Although it was good, as we scored points with both cars at Silverstone and very important points for the championship, our ambitions go beyond finishing seventh and ninth. That said, the team contributed to the success of the first sprint qualifying in Formula 1 thanks to a courageous choice of tires and great performances from Fernando and Esteban, which allowed us to recover from a disappointing qualifying performance on Friday, ”recalls the Polish engineer.

«I think that Fernando has already silenced for good those who doubted that his return would be a success. His speed is still there and his running performance is second to none, something that was seen once again in the last two races. He doesn’t hesitate to keep pushing himself and the team as the season progresses, ”says Budkowski.

After two difficult weekends, it was great to see Esteban in good shape and a solid weekend allowed him to get back to points. Now he can build on this good performance and regain his excellent early-season form, ”he emphasizes.

Heading into the weekend in Hungary, the goal is once again to fight for points with both cars. “The Hungaroring is narrow and winding, as well as notoriously difficult to pass. That means qualifying will be important and we will need to find the car’s potential on Saturday to put ourselves in a place where we can fight for the highest positions in the race.

“It is a phase of the year in which the fatigue of the Grand Prix appears after many races. There has been a lot of effort since the beginning of the season to develop the car. The focus has now totally shifted towards 2022 in both factories, which means there are fewer new parts arriving on the track, but the second half of the schedule will be grueling and everyone on the team is looking forward to the two weeks off. But before that we aspire to two positions in the points in Hungary, “he concludes.

For his part, Ocon admits feeling calm after returning to the points at Silverstone after several difficult races to perform. “I am happy to go to Hungary after a promising weekend at Silverstone, where the car performed much better than in previous rounds. The team and I have continued to work hard in our preparation in the simulator to be ready for Hungary.

“It is the final round before the summer break and the objective is to score more points to end the first part of the season with a positive trend. I have fond memories of the Hungaroring. I won two out of three races there in 2014 in Formula 3 with three poles. In GP3, I was on the podium twice, so it is definitely a circuit where I feel good, ”recalls the Frenchman.

The chassis change allows Ocon to return to its best version

“The Hungaroring is a great place to drive a Formula 1 car as it is fluid. The circuit has many interesting corners. It’s a fun spin when you get it right. Sector 1 has the long straight with an overtaking opportunity at Turn 1 and then again at Turn 2 where it is possible to overtake. The 4 is very satisfying, as it is very fast and blind on entry. The rest of the lap is relatively fast and quite winding, except for the chicane, with the final sector quite narrow with two hairpins. Tires tend to overheat in the final sector. so that is something we must watch out for, “he says.

There is no doubt that the Hungaroring is one of Fernando Alonso’s talisman circuits, because in addition to winning there for the first time in the Formula 1, has given us great exhibitions like the one in 2006.

I’m looking forward to it. Obviously, it is a circuit where there is not much time to breathe with a lot of tight corners. It looks like a great go-kart circuit. We all love driving there because I think the driver has a lot more influence than on some circuits. I have had some good results in Hungary, especially in 2003 when I got my first Formula 1 victory. I have also scored some podiums too and the pole in 2009 was good ”, recalls the Spaniard.

«I feel like the team is constantly improvingEspecially after the Silverstone performance where both cars finished in the points so we are hopeful for another good weekend, ”he admits.

In addition, Fernando Alonso will turn 40 on Thursday July 29, when he is already on the circuit with his team. I’m looking forward to the birthday. I think the team has some things planned as well. It’s nice to be celebrating a birthday on a Formula 1 weekend so I can’t complain. But we have an important weekend ahead of us, so I will be fully focused on racing. It is our last race before the summer break and I want to continue our good form in Budapest, ”concluded the two-time champion.

How to connect my computer or PC to a Smart TV with or without cables? Step by Step