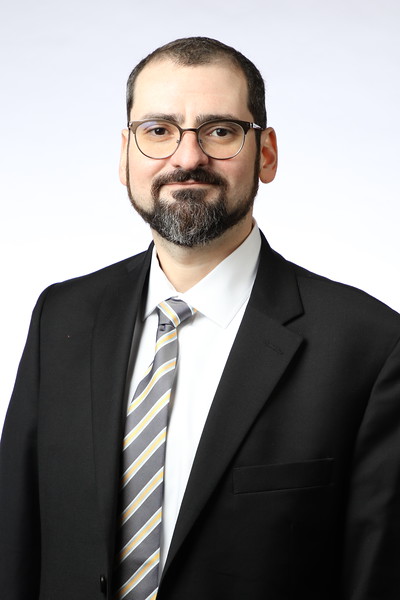 In health, continuous training is essential for all the innovations that appear daily. The only constant is that knowledge always changes and that is why you never finish learning. That is why the creation of the first Latin American Center for Cardiovascular Health Promotion This is great news for all medical staff.

In that sense, one of the problems that many doctors face is the lack of time. Their work is too demanding and does not allow them to attend all the seminars and diplomas they want. Although now, with the help of technology, there are no longer any impediments.

The new way of updating doctors

The current heyday of the internet has meant that all kinds of knowledge can be accessed instantly. Now everything is just a click away. The drawback is that not all the information that abounds in the network is true. That is why it is necessary to consult official sources when it comes to highly relevant aspects such as health.

All of the above led to the creation of the first Latin American Center for the Promotion of Cardiovascular Health. Behind this idea are Medscape and the American College of Cardiology (ACC).

Broadly speaking, it consists of an internet portal aimed at health professionals where they will find the latest in cardiovascular health. From research to news and coverage of international conferences. This way they can stay up to date without having to leave home or their office. To learn more about the project, the team at salutary was able to interview Bernard Schubskywho is a Master of Medical Education and Vice President of Content for Medscape Global.

What were the reasons or reasons that led to the creation of the first Latin American Center for the Promotion of Cardiovascular Health?

In Latin American countries, with improvements in medical care, economic development, and advances in the health field, there has been a general improvement in life expectancy and a reduction in infectious diseases. On the other hand, due to changes in lifestyle and the aging of the population, cardiovascular disease has become the leading cause of death, according to the World Health Organization. In Mexico, it is estimated that more than 70% of the adult population has at least one risk factor for cardiovascular disease (obesity/overweight, diabetes, hypertension, hyperlipidemia, or smoking).

Read:  Many women do not know they are pregnant

What is the objective of the Latin American Center for the Promotion of Cardiovascular Health?

Provide doctors (cardiologists and, mainly, primary care doctors) with high quality information on the prevention, early diagnosis and treatment of cardiovascular diseases. It is also very important to note that all these contents are freely accessible to doctors. A registration is simply required and all the content can be consulted for free.

How does the American College of Cardiology support or contribute information to this project?

The American College of Cardiology is one of the most important world references in cardiology. Similarly, Medscape is one of the most widely recognized and far-reaching references for general medical information. This collaboration represents a way to present what is most up-to-date for doctors in the region and to be a link between the American College of Cardiology and Medscape medical professionals.

Why is it important for the entire Latin American region to have a project of this type?

So that our medical colleagues can improve their clinical practice and benefit hundreds of millions of patients in the Latin American region.

What kind of information can doctors receive from the Latin American Center for the Promotion of Cardiovascular Health?

Content that is of practical use in your professional life. We know that each doctor is an individual, so we create content in multiple formats, so that we reach them with the content that is most relevant to them. Some doctors prefer to update themselves by reading texts, others by interactive evaluations, others by reviewing videos. On the part of Medscape, what matters to us is that the information reaches the doctor so that he can apply it in his daily practice.

It is mentioned that the Latin American Center for the Promotion of Cardiovascular Health will offer coverage of international congresses, what will be some that are planned to be covered?

A lots of. Some examples are the ACC Latin America congress itself, which will be held in Mexico City from September 8 to 10, 2022. In addition to that, the main world cardiology congresses in the United States, Latin America and Europe.

From what date will the first texts of this new Latin American Center for the Promotion of Cardiovascular Health be published?

The Cardiovascular Health Promotion Center has been online since April and is updated every week with new content.

When will the last Bitcoin be mined?