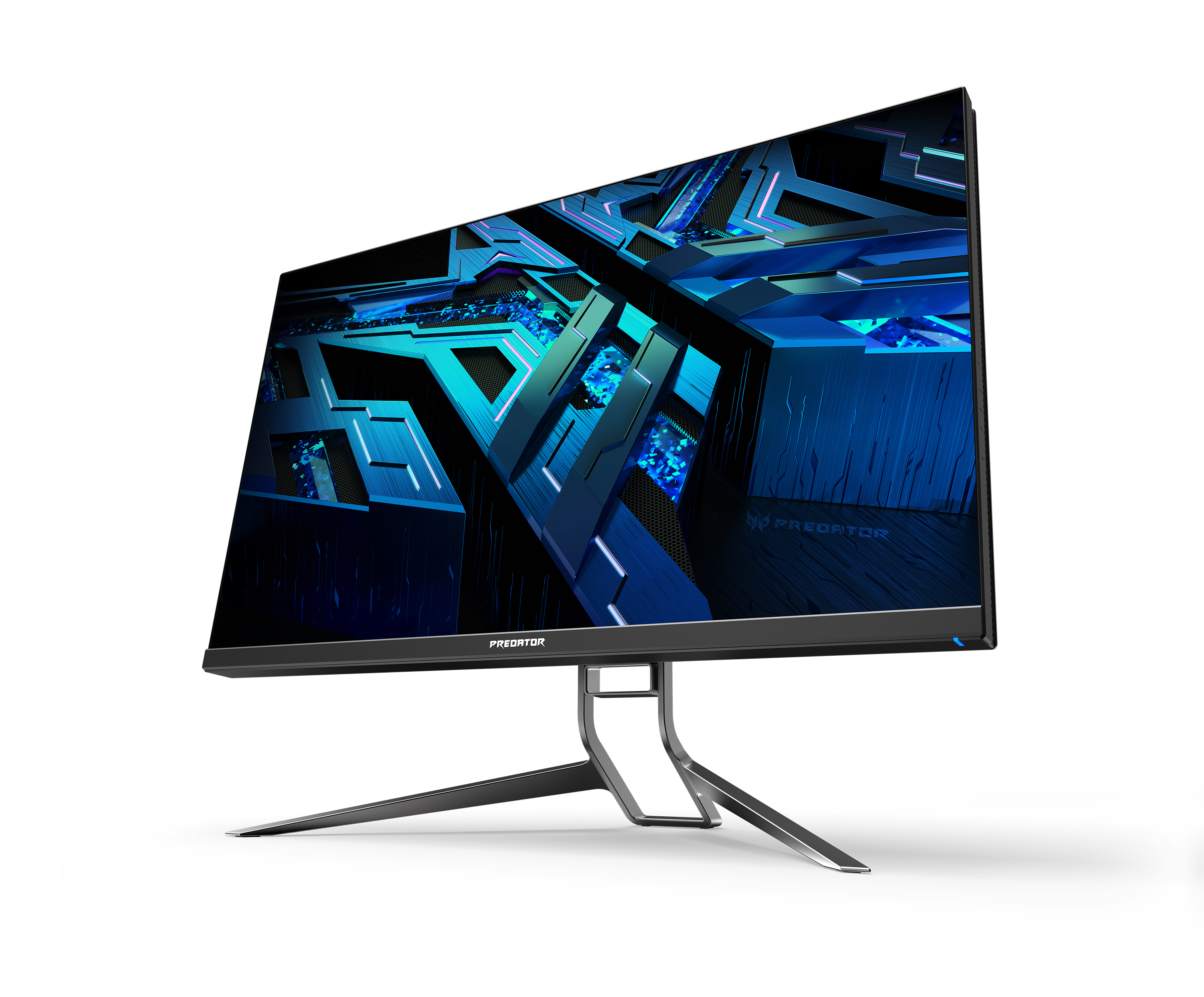 The Predator Orion 5000 combines up to the latest 12th Gen Intel Core i7 processor (powered by the Intel H670 chipset) with an NVIDIA GeForce RTX 3080 GPU to deliver high frame rates and incredible gaming experiences, even in the most graphics-intensive games. Paired with Windows 11, 64GB of 4,000MHz DDR RAM, and up to 2TB of PCIe 4.0 M.25 SSD, ARGB-infused Predator FrostBlade 2.0 fans support these powerful internals, keeping your system cool. This generation of fans uses a static pressure design to optimize airflow, while sealed rifle bearings and a new arc-shaped design along the ends of the fan blades reduce vibration and noise. .

Housed within an obsidian-toned chassis made of tinted glass and metal mesh, all of this cutting-edge hardware and ARGB style is showcased through a transparent side panel; the panel is also EMI compliant, which serves to protect users and their peripherals from potential electromagnetic interference. DIY enthusiasts will appreciate the chassis design, which allows easy access to internal computer components, such as upgrading the CPUs air cooler to a liquid cooler up to 240mm, and also its flexible configuration options that maximize future upgradeability.

Latency reduction features include the Killer E3100G 2.5G Ethernet Controller and Intel Wi-Fi 6E for a more reliable internet, while DTS: X Ultra lets gamers turn any pair of headphones or speakers into 360-degree sound of high-end. Four USB ports (3x Type-A and 1x Type-C) and conveniently located audio connectors on the top of the chassis allow easy access, while several more at the rear of the tower keep cables that they move infrequently.

With a 12th Gen Intel Core i7 processor (on an Intel B660 chipset) and an NVIDIA GeForce RTX 3070 GPU, the Predator Orion 3000 series is designed for gamers looking for the best experience a mid-tower platform can offer: gamers who want to maximize settings on their favorite titles and dive into streaming or video editing with little to no performance hit. Up to 64GB of 3200MHz DDR4 memory 2TB of PCIe NVMe SSD storage round out the hardware for increased responsiveness and load times, all supporting ultra-fast gaming action. In case 2 TB of SSD storage isn’t enough, 6 TB of SATA3 HDD storage is also included.

The Predator Orion 3000 features the same attractive design as the Orion 5000, wrapped in dark glass, plastic, metal, and mesh, with an optional EMI-compatible clear side panel. Three 92x92mm Predator FrostBlad 2.0 fans optimize airflow and cool internal parts. Additionally, the front and rear fan hub has directly integrated RGB LEDs, the lighting of which can be controlled via PredatorSense software.

One Intel Killer E2600, Intel Wi-Fi 6E AX211 (Gig +) Ethernet controller[4] and Control Center 2.0 give gamers all the tools they need to eliminate online competition, while DTS: X Ultra lets them experience their favorite movies, music, and games with real-world spatial sound. The Predator Orion 3000 comes with Windows 11 out of the box.

The Predator X32 FP comes with an HDMI 2.1 port, which means that gamers can enjoy 4k games not only on PC but also on console. With a 165Hz refresh rate (overclock) and 1ms response time, it is the fastest 4K monitor available today. AMD FreeSync Premium Pro technology further enhances the gaming experience by supporting HDR capabilities and delivering extremely smooth visuals and low latency even during graphics-intensive scenes. A USB Type-C port is also available, offering 90W of power delivery.

Large enough to be a TV replacement, the Predator CG48 gaming monitor offers gamers 48 inches of pure 4K glory, even at 138Hz refresh rates. HDMI 2.16 and DisplayPort 1.4 which means gamers can enjoy a top-level gaming experience even at the console, while four USB 3.2 ports and one USB Type-C port offer more than enough space to accommodate any desired additional peripherals. From there, AMD FreeSync Premium Pro technology and a response time of up to 0.1 ms (G to G) enable some of the fastest 4K gaming possible – every AMD FreeSync Premium Pro technology screen has been certified by AMD. to ensure a smooth gaming experience with variable refresh rate (VRR) that minimizes tearing, stuttering, artifacts and flickering.

The Predator CG48’s OLED display takes advantage of a 135K: 1 contrast ratio, HDR10, and 98% coverage of the DCI-P3 color gamut to deliver one of the most impressive viewing experiences possible today. OLED monitors are capable of turning off individual pixels, allowing true blacks to be replicated. They also don’t require a backlight, which increases the overall efficiency of the monitors.