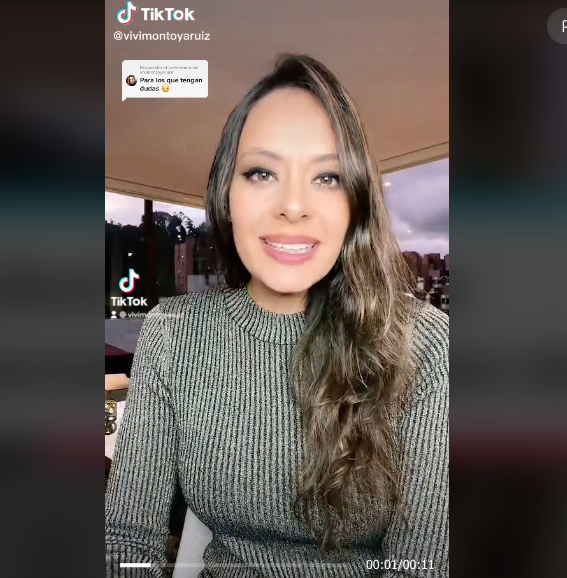 Within the current context, social networks have positioned themselves as the great bet of consumption, this due to the growing number of activities that they allow to carry out, such as: study, trade, interact and work, aspects that have allowed a growing wave of opportunities highly paid jobs, so much so that a manager ABB left a management position in 100 countries to be tiktoker, evidencing the importance that digital creatives have within the new normality.

Within the national territory, it is estimated that there are just over 4,443,000 influencersaccording to data from Influencitya figure that could increase in the coming years, because it is estimated that a large number of people between the ages of 13 and 38 actively seek to be content creatorswith the intention of generating virality and a large economic remuneration.

Being a content creator in Mexico has become one of the main work trends, it is estimated that within the national territory a influencers On average, they earn just over 108 thousand pesos a year, which is equivalent to just over 55.38 pesos per hour; however, the MX.Talent agency points out that creatives who start within the networks can earn just over 83 thousand 181 pesos per year, while some of the most experienced indicate pomo figures of more than 200 thousand pesos per year, although characters like Karely Ruiz record earnings of more than 700 thousand pesos for uploading content to various platforms.

ABB manager leaves management position in 100 countries to be tiktoker

So much has been the growth in the popularity of influencersthat a growing wave of professionals has developed who have decided to leave their positions to venture into content creation, whether for social platforms, such as Instagram, Youtube or onlyfans. An example was Melissa Williamsformer police lieutenant in the United States, who decided to resign from his position in the defense of citizenship for opening his OnlyFans; also Vivian Montoya has gone viral in recent hours, for leaving her position as global communications manager for ABB for more than 100 countries and dedicate her life to being the creator of tik tok.

Vivian Montoya decided to leave her position as global communications manager of one of the divisions of the European technology ABBan activity that kept her based in Italy, in charge of taking care of the firm’s reputation in more than 100 countries, being head of 40 people who in turn had local teams, so it was surprising for the digital community, which would decide to leave this responsibility to dedicate itself to creating content for networks, although this under the creation of his own company Coaching VM Leaders Academy firm that performs personalized sessions, helps to improve profiles, to face situations of workplace harassment and that presents conferences.

The virality offered by digital platforms has allowed hundreds of people to transform their lives from one moment to another, a situation that shows the growth in the confidence that citizens place on digital life.

Hollywood and the strategy to return the public to theaters
Diego Luna is the leader of the rebellion and of the networks with a new trailer for “Andor”
Politician mistakes mannequin for a child and kisses him on the head: marketing fails
More than half of Mexicans are workaholics