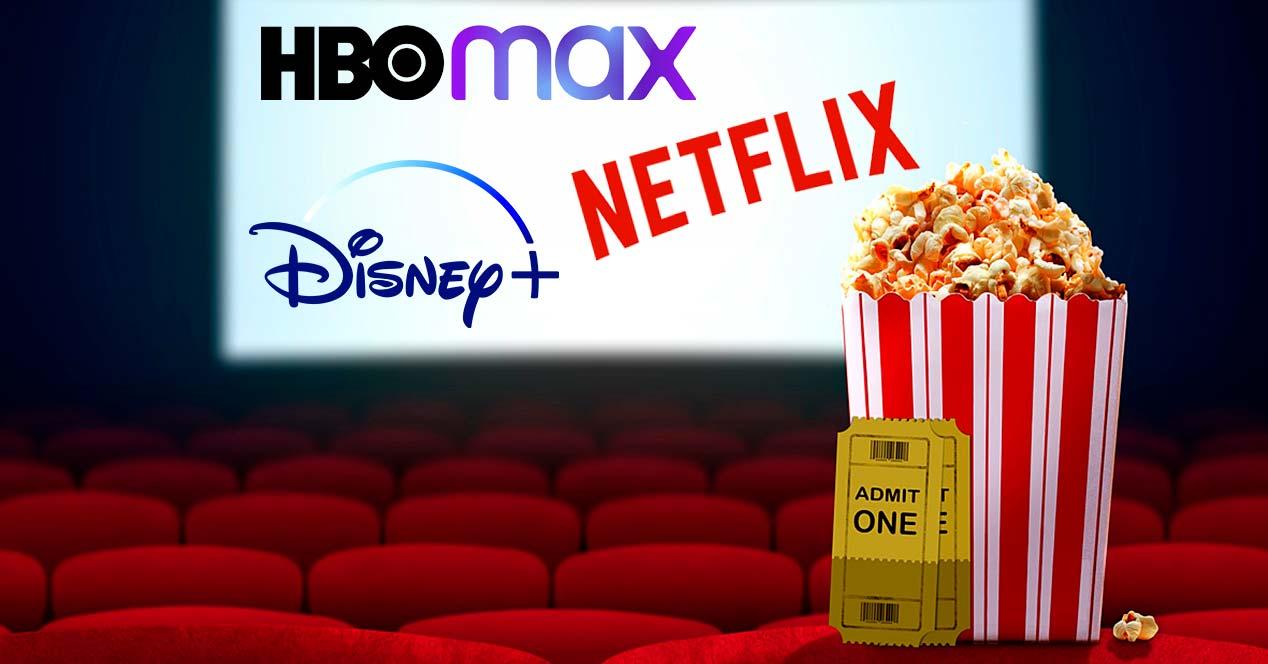 Streaming platforms have become a great alternative if we want to see movies or series without advertising breaks. The large number of options is one of its strengths, as there is always something to see. In fact, access to paid content platforms in Spain has increased causing historical growth, since 8 out of 10 Spaniards have contracted a pay television service. The fact that there are so many platforms also raises doubts among users such as, what is better, hiring Netflix or Disney +?

Today to enjoy 4K movies We can use the TV platforms of the operators or choose to watch them on OTTs. These are some of the titles that we can see this weekend in 4K.

HBO Max is perhaps one of the platforms that offers the least amount of 4K movies, not reaching 20 titles.

Bruce Wayne joins forces with Diana Prince in order to search for a group of metahumans who are capable of protecting the world from an imminent threat. A difficult task, as each of the recruits will have to face their inner demons. Batman, Wonder Woman, Aquaman, Cyborg and Flash They will have as a mission to save the planet from the threat of Steppenwolf, DeSaad and Darkseid.

If you are a fan of Matrix on HBO Max you can enjoy in 4K Matrix, Matrix Reloaded and Matrix Revolutions, ideal for doing a marathon on Sunday afternoon. Starting with the Matrix where Thomas Anderson leads a double life being a programmer by day and becoming a computer hacker named Neo in the evening. In Matrix Reloaded the machines advance unstoppable in order to destroy all humanity. Neo along with Morpheus and Trinity look for a way to defeat the machines. Finally, in Matrix Revolutions, it takes place for the most part in the real world. Neo, Trinity and Morpheo will continue to fight the machines in their advance towards the city of Zion which is the last stronghold of the human race.

Read:  what you need to know before the fourth season on Netflix

It should be noted that to enjoy 4K movies on Netflix It is necessary to be subscribed to the Premium Plan, since the Basic and Standard Plan do not include 4K content. On Netflix you can find movies of all genres, but these are our recommendations for this weekend.

A movie set in a world where fantastic creatures coexist with humans, The police have a department dedicated to crimes related to magic. A curious pair of policemen formed by a human policeman and the first orc to enter the police force with their investigations will discover a dangerous object that many would kill for: a magic wand capable of granting wishes.

The life story of a domestic worker, Cleo, works in the home of a wealthy family in the Colonia de Roma, a neighborhood located in Mexico City. Set at the beginning of the decade of 70’s This fiction is inspired by the childhood memories of A. Cuaron who grew up in that neighborhood.

At Disney + we can choose to see classic Disney movies such as Toy Story, The Little Mermaid or Dumbo and also to do a Star Wars marathon or see any of the Captain America titles.

A film that adults and children like and that is always a good time to repeat if you have already seen them all or, on the contrary, discover a world in which toys are the protagonists. On Disney + you can find the three Toy Story movies in 4K and follow the adventures of Woody and Buzz Lightyear.

Another of the Disney animated films that has been very popular has been Brave. It tells the story of Mérida an impulsive and skilled archer daughter of King Fergus and Queen Elinor. A girl with determination willing to write her own destiny and who decides break an ancient sacred custom for the lords of the land where he lives, a decision that will confront him with a terrible curse.

Portal 64, Demake of Portal for Nintendo 64 made by a fan

What is the function of brake fluid? When and why it is necessary to change it and how to choose the right one