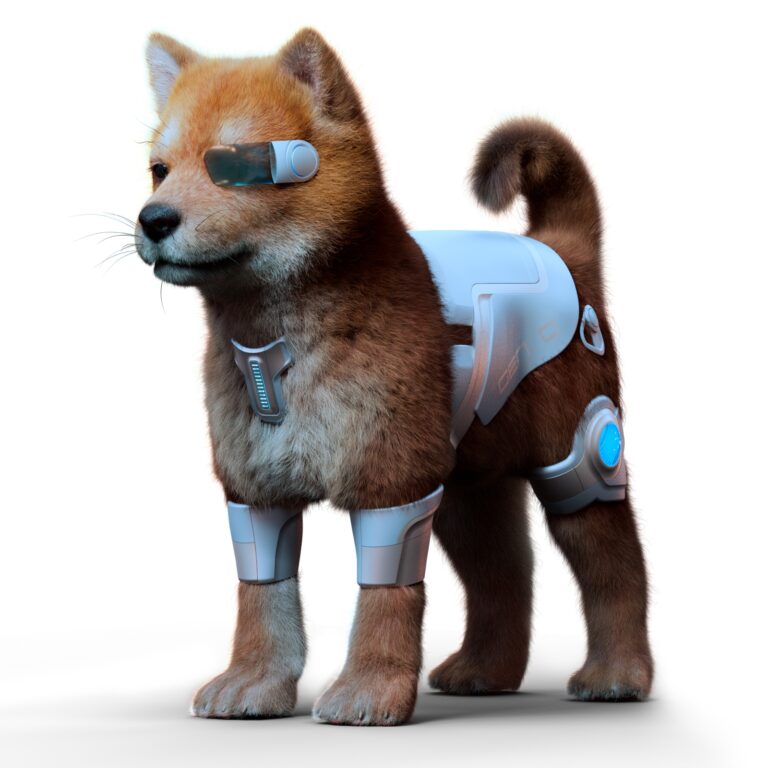 Research has shown that pets reduce loneliness. The Israeli start-up The Digital Pets Company is applying this to the virtual world.

Studies show that dogs reduce stress, anxiety, and depression, alleviate loneliness, encourage exercise, and improve overall health. For example, hePeople who own dogs tend to have lower blood pressure and are less likely to develop heart disease. Just playing with a dog has been shown to increase levels of the feel-good brain chemicals oxytocin and dopamine, leading to positive, bonding feelings for both you and your pet.

Index hide
1 Pets can be especially beneficial as we age
2 About The Digital Pets Company
3 The dogs were born out of the difficulty he and the co-founders had connecting with other people in the metaverse.

Pets can be especially beneficial as we age

In a survey on healthy aging, adults over the age of 50 cited these top three benefits:

About The Digital Pets Company

The company was established in July 2021 and has raised seed funding from Outlier Ventures, Hawk Digital, MaxStealth, and angel investor/serial entrepreneur Rafi Gidron.

The dogs were born out of the difficulty he and the co-founders had connecting with other people in the metaverse.

Co-founder and CEO Itay Hasid, 34, tells ISRAEL21c that the inspiration for Digital Dogs came in part from the difficulty he and co-founders Maciej Miarecki and Amit Yogev had connecting with other people in the metaversea 3D visual network focused on social interactions.

“We said, ‘Okay, maybe with the dogs we can build something that makes these environments more social, more engaging.’ Not because our goal is for you to fall in love with an AI to be your best friend, but because we believe that if you have an AI dog and I have an AI dog, these two dogs can result in an encounter between two PEOPLE.” Hasid said.

The businessman emphasized that the main objective is that the digital dog facilitates connections with real people in the 3D environment.

Read:  70,000 ETH burned for sales of the Bored Ape metaverse

For example, you can bring your digital dog to a virtual meeting using a VR headset to break the ice.

The dogs are hyper-realistic and can be trained with commands such as “sit, turn around, good dog, bad dog”.

The company is using the technology of block chain to prove ownership of dogs, which can be done by “puppies” to increase the population of dogs on the blockchain.

Hasid agrees with the assessment that technology can increase loneliness but it can also connect people, depending on how it’s used.

“Technology can definitely connect people from different parts of the world. There is no geographical limit,” Hasid said.

“It also has some problems, which is where we come from. We want to build another technological tool to make these places even more connected and less alone.”

#Almomento What are the 12 countries with cases of monkeypox?

They locate the body of Miguel Ángel, a nurse who disappeared in Sonora

Mission: Impossible – Tom Cruise shows again that he is not afraid of anything in a new “stunt”