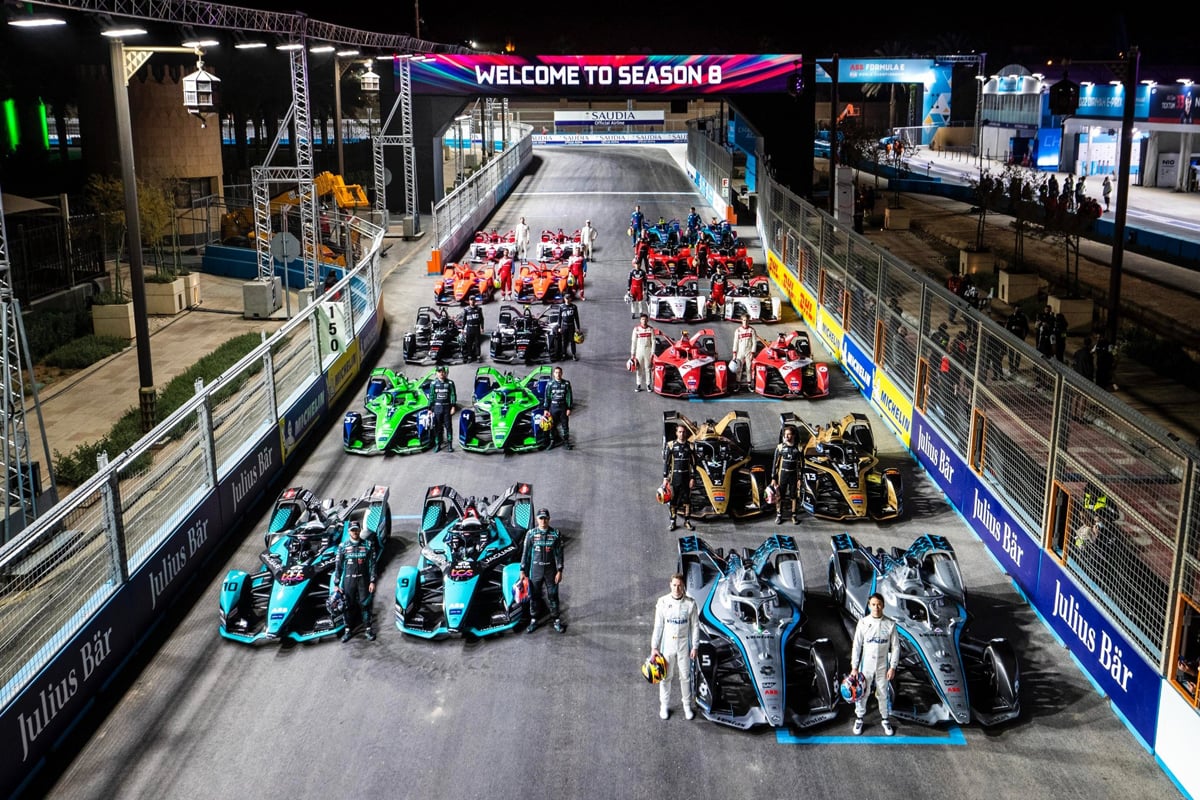 Formula E kicks off its ‘Season Eight’ in Saudi Arabia. The Ad-Diriyah ePrix serves to put the starting point to the last season under ‘Gen2’ regulations, this being perhaps the only point of continuity in the championship. At the end, the contest has modified its regulations, its format and even premieres Safety Car, in addition to presenting important modifications in its grill. Nyck de Vries and Mercedes EQ defend title and they are the rivals to beat, even if the star’s signing faces its last campaign in the electric series.

The 2021-22 Formula E season begins with the Ad-Diriyah ePrix. After its successful debut in the event and the two double events in 2020 and 2021, Saudi Arabia hosts the first of the double rounds of the ‘Season Eight’. the layout maintains its 2,495 meters of rope and its 21 curves, a stage that will again host a night event. LED lighting will break the darkness of the Saudi night by drawing a unique postcard in a historic city that is UNESCO World Heritage Site.

The start of a new season always draws a scenario full of novelties. Before going to review drivers and teams, it is worth remembering first of all the new format of the category in its last year under ‘Gen2’ regulations. to start because Formula E will have a new qualifying format with two groups and elimination rounds in true World Cup style. In addition, time will be added in the race for neutralizations. Added to this fact the increase in power from 200 to 220 kW of single-seaters, while the ‘attack mode’ also raises its power to 250 kW.

The exit of Audi and BMW from the championship has reduced the number of teams present on the grid by one, since Andretti has decided to continue in the series despite not having the direct support of a manufacturer. Audi will also continue to be present, in some form, as a supplier to the Envision Racing team’s ‘Gen2’. The rest of the structures remain unchanged with the presence of manufacturers such as Mercedes, DS, Porsche, Jaguar, Nissan or Mahindra and equipment such as those already mentioned Andretti and Envision Racing, as well as NIO 333, Venturi and Dragon Penske.

As for the drivers who will compete in the ‘Season Eight’ of the championship, Nyck de Vries will be the rival to beat as current champion of the series. The Dutchman repeats as a team driver Mercedes with Stoffel Vandoorne. In addition to the official team of the German brand, four other structures maintain the same line-up of drivers. It is not the case of Venturi after the signing of Lucas Di Grassi, Nissan after the arrival of Maximilian Günther or Mahindra with the addition of Oliver Rowland. The debuting pilots will be Oliver Askew (Andretti), Antonio Giovinazzi (Dragon Penske) and Dan Ticktum (NIO 333).