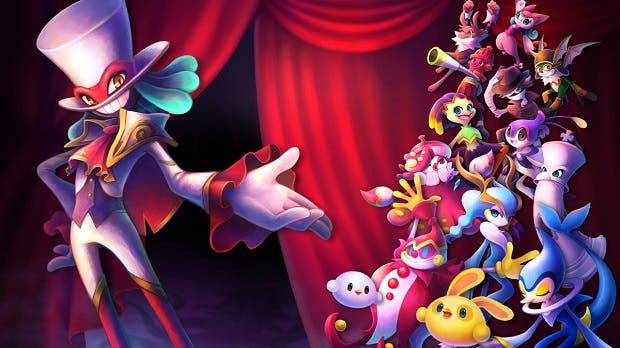 It’s been a busy few months for Yuji Naka, the legendary creator of the Sonic the Hedgehog saga. A few weeks ago we learned that Naka accused Square Enix of having consciously launched the controversial unfinished Balan Wonderworld, which ended with Naka prematurely out of the team and in legal disputes with the Japanese company. Now andUji Naka Removes Sonic Designer Naoto Ohshima From Photo that he has shared on his social networks to celebrate the twenty-sixth anniversary of the NiGHTS franchise and continues to delve into the problems behind Balan Wonderworld, which seem to go far beyond the well-known war between Naka and Square Enix.

Happy Birthday Nights!
26 years ago, NiGHTS was announced at this Sega Saturn new software presentation. Bomberman and Enemy Zero were announced together.
I’ve recently been flying FPV in the sky with a drone like NiGHTS. #NiGHTS #NiGHTSIntoDreams pic.twitter.com/ouut5FY9nt

“Happy birthday, NiGHTS! 26 years ago, NiGHTS was announced in this presentation of new software for the Sega Saturn. Bomberman and Enemy Zero were announced together. Recently I have been using FPV in the sky with a drone like NiGHTS,” Naka said on Twitter. So far everything is correct. But if we look at the image to which it refers we can see how the figure of Naoto Ohshima has been eliminated in the most basic way possible: crossed out by hand and black until not an iota of its appearance could be distinguished.

Ohshima was also a character designer on Balan Wonderworld, so this public reaction from Yuji Naka suggests that he also had problems with it during development of the game or, perhaps, Ohshima was positioning himself on Square Enix’s side instead of his. Be that as it may, what is clear is that the soap opera emerged as a result of Balan Wonderworld, considered one of the worst games of 2021, it is still active and we do not know how far it will go. We will be attentive to the next episode.

Read:  Sony shields exclusive content from Modern Warfare 2, despite its complaints about the purchase of Activision

Problems in the Bahamas after the collapse of FTX