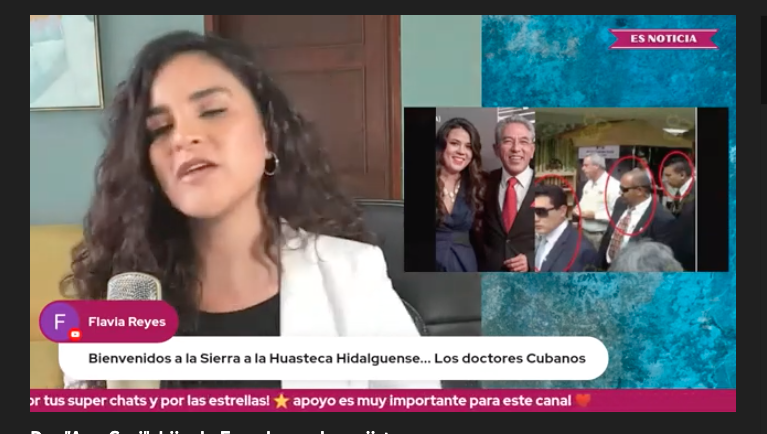 Health professionals are once again in the spotlight, but now it is not for their performance during the pandemic. On this occasion, a strong discussion has been generated by the position of the federal authorities to seek support abroad. The hiring of 500 Cuban doctors has not been well received by the union, although there are people who do defend this decision. Such is the case of communicator Ale Salazar, who is also a youtuber and launched a strong criticism of all doctors.

The origin of the problem

To recapitulate, part of the conflict lies in the fact that the health worker shortage that the government claims exists. In addition, there is the fact that they are poorly distributed and, especially in rural areas, there are too many shortages.

For their part, Mexican doctors say that the problem is not the number but the lack of opportunities. More than one assures that there are no places with decent salaries for all those who spent so many years at the university.

Similarly, they have said that it is an inconsistency that it is stated that there is a lack of doctors but at the same time layoffs have been reported in recent months. Only within the Health Institute for Well-being (Insabi) there are hundreds of cases of workers who were only employed for a few months during the pandemic and their contract was not extended.

Read:  Famous TikTok Doctors Trade NFT's for Dates and It's a Mess

With this in mind, in a short time they went from being heroes to unemployed. That is why the lack of memory on the part of the authorities is accused. Now that hospital occupation has decreased, many of those who helped in the most difficult times have turned their backs.

Another attack on Mexican doctors

To return to the theme of the youtuber and her criticism of the doctors, it is about Ale Salazar and posted a long video on his channel. In it, he focuses on Dr. Ana Ceci, who in recent days has gained notoriety for questioning AMLO’s decisions.

Although in reality the video is not only about one person but about the entire health guild. What the driver affirms is that all those who say that Mexico does not need doctors are lying.

Similarly, he points out that those who oppose the arrival of the Cuban doctors They are the ones who have never bothered to go to work in rural areas. It also indicates that many only focus on money, so they aspire to have their own clinic in luxurious areas instead of serving those in need.

Finally, the youtuber finishes off her criticism against the doctors by mentioning that at the moment they are not the most important thing but the patients. For the same reason, she supports the idea that personnel from Cuba have been hired to guarantee care for those most in need.

His words were very harsh and have unleashed opinions both for and against. For now, we share the full video so that you can form your own criteria about everything it mentions.