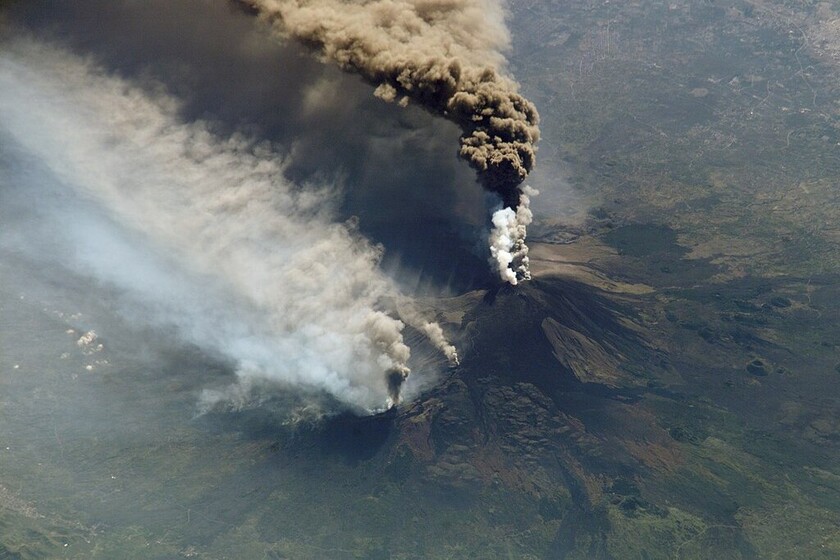 The National Institute of Geophysics and Volcanology of the Etna Observatory has issued a red alert for aviation (Vona), the highest level of alert, due to the record of an intense emission of lava ash.

When we were still assimilating the Cumbre Vieja volcano eruption on La Palma, which had been dormant for half a century, now the media attention is divided on this new event just a thousand kilometers away.

A volcano with constant eruptions

Etna is an active volcano on the east coast of Sicily. Its volcanic activity began approximately half a million years ago. From 35,000 to 15,000 years ago Etna experienced some highly explosive eruptions. Since 1600 AD. There have been at least 60 lateral eruptions and countless eruptions on the summit. For example, on February 16 strong explosive activity was recorded from the southeastern crater. The eruption produced a large cloud of lava ash that dispersed to the south.

So this is not an unusual event, but it must be taken into account, especially at the air traffic level.. For example, in 2012, Etna erupted with an ash shower that caused several problems at the Catania airport, which saw its air activity limited. At the moment, the cloud produced by the current eruption is visible from the towns of Catania and Taormina.

The activity of Etna in recent months, with constant eruptions, has increased the altitude of its crater by 33 meters, placing its summit at 3,357 meters above sea level. For the moment, then, we are only facing one more event that does not involve risks.

Read:  Chile: SAG rules out the presence of the "killer wasp" in the country

Something curious for star wars fans is that the eruption of Etna in 2002-2003 was recorded by Lucasfilm, which would later integrate them into the landscape of the planet Mustafar, in Star Wars Episode III: Revenge of the Sith. Also, in June 2013, Etna was declared a World Heritage Site by resolution of the UNESCO Committee.

Wallet apps compatible with the iPhone