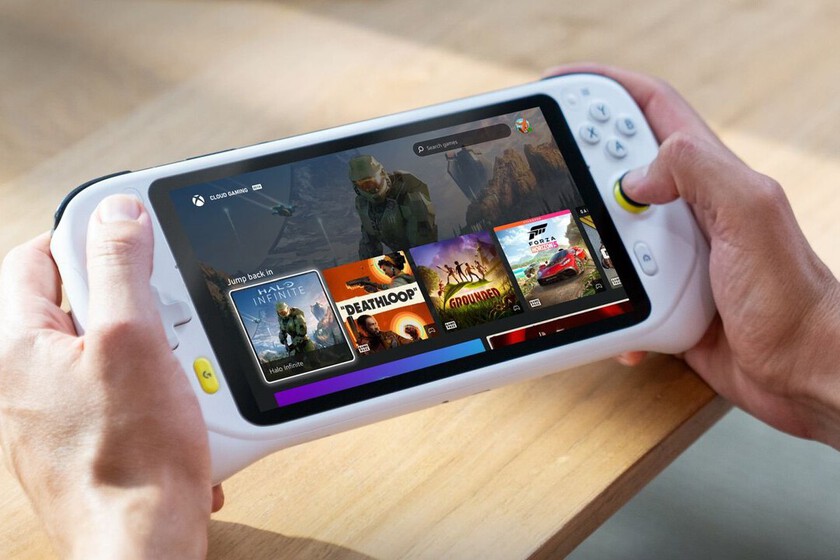 We could already take a look at it a few weeks ago, but it is finally a reality. Logitech G CLOUD Gaming Handheld is the name given to the portable device of the technology company that will use the potential of cloud gaming as its main weapon. A machine that is born from the collaboration signed with the almighty Tencent.

And it is that it will directly come to our homes with the Xbox Cloud Gaming application preinstalled, which will allow the game anywhere for Xbox Game Pass Ultimate subscribers. On the other hand, we can’t forget about a service as powerful as Nvidia GeForce NOW, the platform where we have access to more than 1,400 games.


In addition, we can also play our Xbox titles through the Xbox application, Steam games thanks to SteamLink, download applications, watch videos and make use of the huge offer of the Google Play Store.

A device with a lot to say

However, it is essential to take into account the specifications of the Logitech G CLOUD Gaming Handheld, a machine that, beyond the obvious Wi-fi connection, has all these features:

“What we wanted was to challenge ourselves to build a device that was perfectly optimized for cloud gaming. This meant precision controls – similar to those of a high-end Xbox controller – a big HD screen, an incredible battery life and a lightweight design so gamers can enjoy long gaming sessionswithout any strings attached,” said Ujesh Desai, vice president and general manager of Logitech Gaming.

The arrival will take place in the United States and Canada next October, although there is no specific date for it. Nothing is known about a European launch and the starting price will be $349.99.