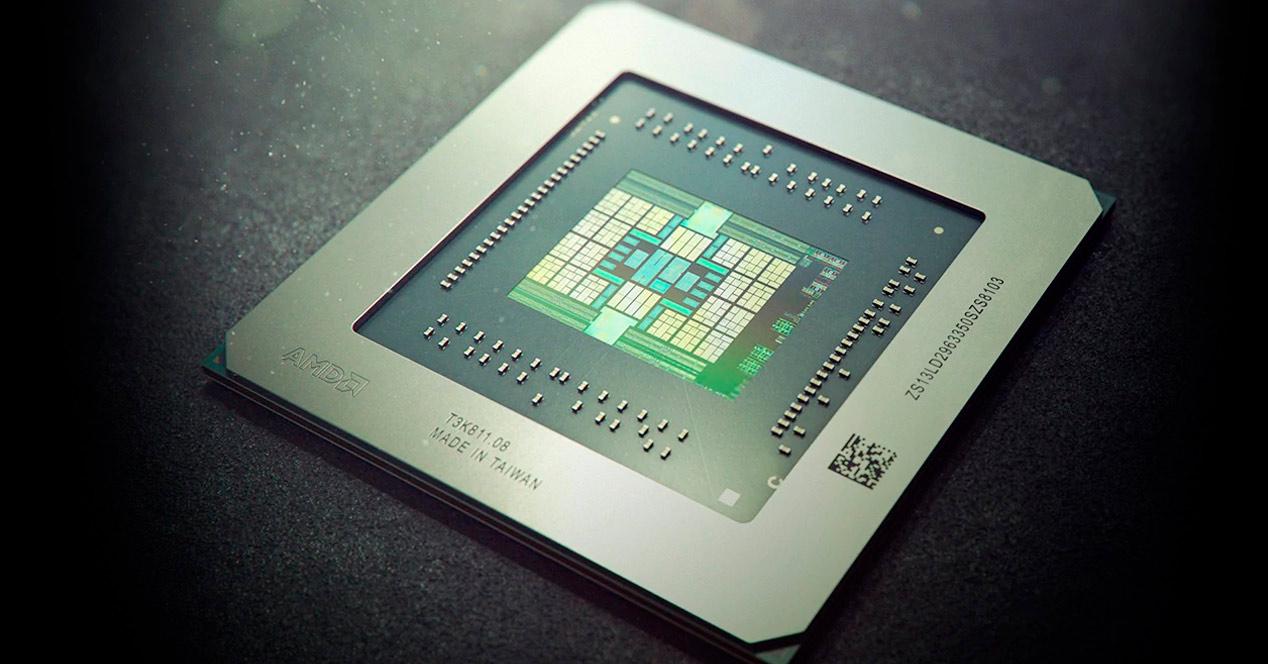 There is no doubt that the Artificial Intelligence market has grown enormously and one of the most powerful disciplines is the development of new algorithms making use of the parallel computing power of GPUs and improvements in their architectures.

From AMD they do not want to be any longer behind their rivals, especially NVIDIA and hence the announcement of TensorFlow support for their GPUs.

Index hide
1 AMD, DirectML, and TensorFlow on RDNA 2 GPUs
2 AMD is catching up to the AI ​​world

AMD and Microsoft have just released the version of TensorFlow for DirectML that would be optimized with the RDNA 2 graphics architecture in mind. These changes have been integrated into the new version of AMD’s Adrenalin drivers, specifically in the 21.8.1 where, as can be seen in the graph that accompanies these lines, the increase in performance is of 3.4 times in the case of an RX 6600 XT and 3.7 with the RX 6900 XT compared to version 21.5.2 of the same drivers.

TensorFlow is an open source development platform for solutions based on Machine Learning and Deep Learning. Let’s not forget that hardware support is very important, as it is one of the most powerful expanding markets out there right now and is used by a large number of industries in different fields.

Last year Microsoft announced the preview version of Windows support for the DirectML API regarding hardware. This allows you to run the algorithms on a graphics card and accelerate the speed at which they work, especially making use of the improvements that the GPUs have added in recent years in the face of artificial intelligence.

Read:  Watch out! Don't update your ADATA SSD with the latest firmware available

AMD is catching up to the AI ​​world

If there is a differential element between AMD and NVIDIA in recent years, it has been the investment that those with the green logo have had in the world of machine learning while those of Lisa Su have focused on the PC gaming market, but things they are changing for them.

For example, the CDNA architecture that is designed for computing adds tensorial units that are key to accelerate certain algorithms with the name of Matrix Core Units. In the case of RDNA 2 they have added support for low precision formats widely used in the world of artificial intelligence and hence the four times improvement in power.

At the moment the AMD Instinct MI100 are not sold to the general public, but only to selected customers, so ordinary users who have a Radeon graphics card until now could not benefit from them beyond gaming and not they could use them in other disciplines. So the support of TensorFlow via DirectML on the red side PC GPUs this is very good news, even if it was late.

Is it possible that these improvements as such make it to FSR for games? That is more complicated by the APIs, but we do not know that AMD can be pulled from under the sleeve. Perhaps a minor performance increase, or improvements in the quality of the scaling or similar… We will be attentive in any case.

ASUS Trace Free, what it is and how it improves gaming playability

Now AppleCare + covers damage to the rear glass of the iPhone 12 and iPhone 13, 29 euros per repair