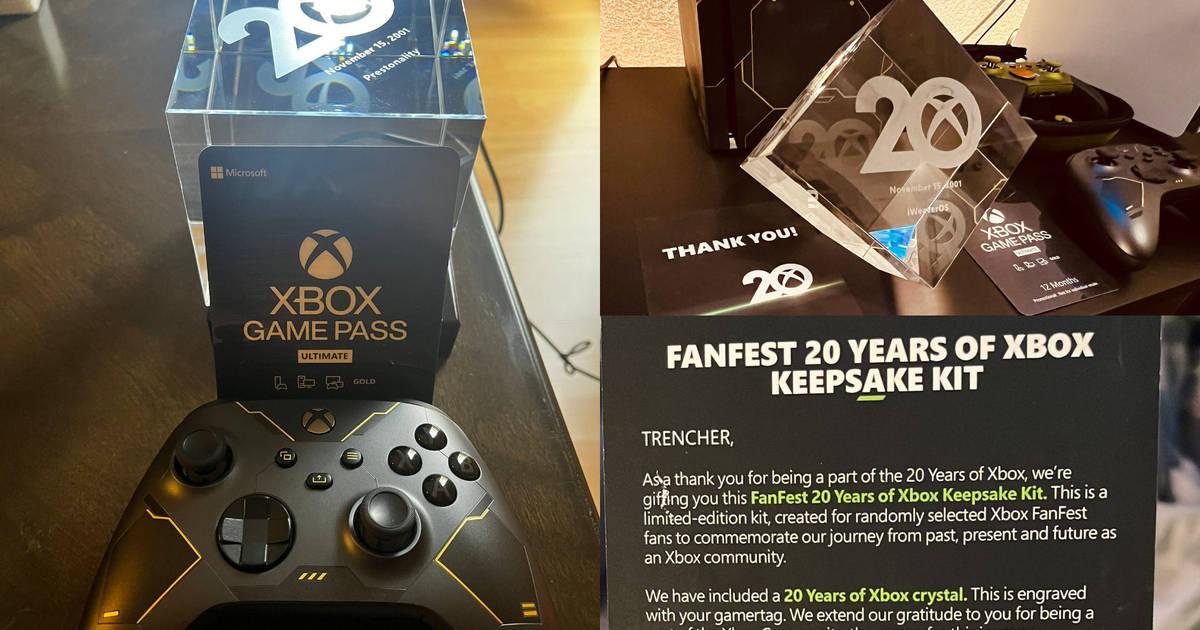 Facebook
Twitter
Pinterest
WhatsApp
Index hide
1 Better to give than receive, this is how Xbox sees it and applies it, who is sending gift packages to their users for their 20th anniversary. Can you win one? Find out here.
2 Share it with whoever you want
3 Related Posts

Better to give than receive, this is how Xbox sees it and applies it, who is sending gift packages to their users for their 20th anniversary. Can you win one? Find out here.

What a nice feeling to receive unexpected gifts, even more so if they come from someone you feel special. On birthdays it is normal for a person to receive gifts, but Xbox He wanted to reverse this and be the one to give the gifts on his 20th anniversary. For this reason, they also announced their virtual museum with the history of the company.

In effect, the company is giving away packages to random users of the company around the world. However, and taking into account the number of millions of players who own the console, they took as a requirement that they be registered in the Xbox Fanfest.

The gift package that the company has already sent is called Keepsake Kit and includes several surprises to enhance your console experience. A joystick for the Series X | S console Halo-themed, plus a 1-year subscription to the Game Pass Ultimate, in addition to a glass plate with the gamertag of the user in it.

Inside the package, there is also a note that reads: “As we think you are part of 20 Years of Xbox, we are giving you this FanFest 20 Years of Xbox Keepsake Kit. This is a limited edition kit, created for randomly selected Xbox FanFest fans to commemorate our journey from the past, to the present. and the future as an Xbox community. We have included a 20 year old Xbox crystal. This is recorded with your gamertag. We thank you for being part of the Xbox community, the reason for this trip“.

Read:  All the cheats of GTA III the Definitive Edition on Xbox

In addition, in the letter there is an acknowledgment for the 20 years of Halo: “November 15, 2021 not only means celebrating 20 years of Xbox, it is also a celebration of 20 years of Halo. Celebrate in style with the controller Halo Infinite Limited Edition. You are one of the first to receive this remote that has yet to be released. We look forward to having you as part of the community as we continue on our journey. We will include the next 12 months of Game Pass Ultimate on our own“.