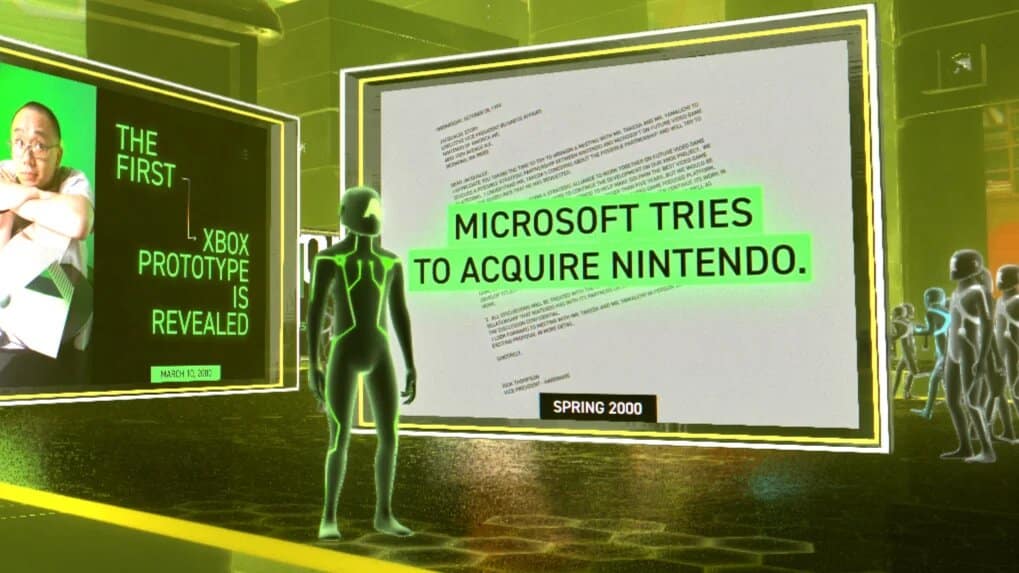 At the beginning of this year, one of the most surprising and hidden news was revealed by the Microsoft team, the purchase attempt that Xbox had towards Nintendo, to be able to generate a strategic alliance at that time. As a result of the above, A letter from 1999 was recently published that talks about Xbox’s attempt to acquire Nintendo, all within the framework of the virtual museum.

Through Eurogamer, part of what the letter says, which is dated October 1999, has been published and transcribed. Unfortunately, You can only see part of it, since the rest of the body of it is censored by Microsoft. One of the biggest secrets of the industry has been revealed, indicating that there were good intentions on the part of both companies in reaching an agreement, but due to market issues, it never came to fruition.

As we can see in the photo of the letter, most of it is censored, but it has been possible to access a fragment that says the following (translated): “Dear Jacqualee, I appreciate you taking the time to try to arrange a meeting with Mr. Takeda and Mr. Yamauchi to discuss a possible strategic partnership between Nintendo and Microsoft on future video game platforms. I understand Mr. Takeda’s concerns about the possible association and will attempt (deleted part) the guidelines he has requested. ”

More than clear intentions on the part of Xbox, where he later refers to “Dolphin”, which was the codename of Nintendo GameCube. Together and to detail everything, in an interview with BloombergFormer Xbox team member Kevin Bachus noted that Nintendo laughed out loud at the idea of ​​being acquired. However, at the time after, Nintendo took a trip to Microsoft in January 2000, to discuss a possible joint venture, but again the project did not materialize.

Read:  Halo Infinite will arrive dubbed into Spanish and repeats the voice of the Master Chief

Last updated on 2021-07-01. Prices and availability may differ from those published. SomosXbox could receive a commission for your purchases. More information.