Bullfrag
Home Technology Automobiles Wolff defends his pupil: “Hamilton is the opposite of a dirty pilot,... 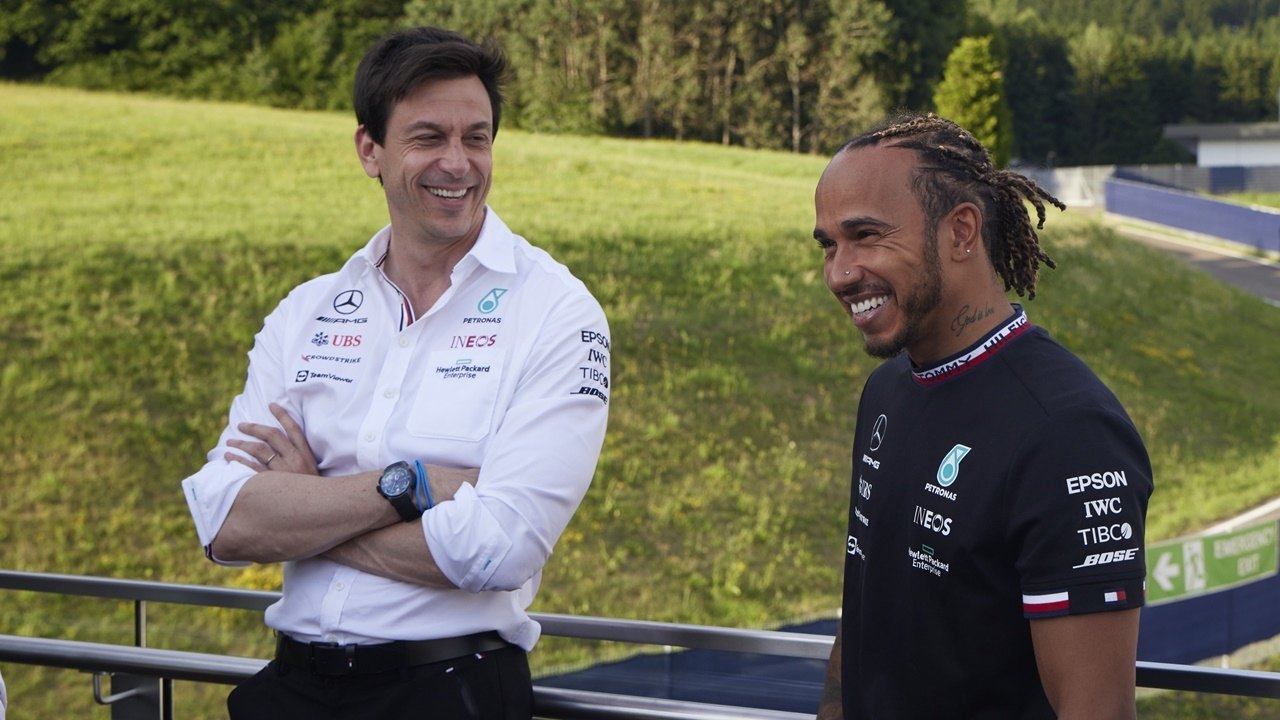 Although most opinions place the blame for the accident at the weekend on one of the two drivers exclusively, Wolff believes that both were partly to blame and that Hamilton’s record supports the British.

The spectacular accident that took place at Silverstone between Lewis Hamilton and Max Verstappen has left no headless puppet nor relevant person in the paddock without providing your opinion on the matter. Christian Horner was among the first to reveal his opinion, coming to classify # 44 as a “dirty” pilot when he understood that he was the main and only culprit of what happened.

“Of course endangered security. For a seven-time world champion, it was a rookie mistake, a desperate failure, “said the head of Red Bull on the circuits. Despite the fact that Verstappen had to be transferred to Coventry hospital to carry out more tests and rule out greater evils, Lewis Hamilton considers that “I do not have to apologize” for what happened, statements that provoked racist insults towards him.

“Everyone has an opinion, that’s fine,” commented Toto Wolff in relation to Horner’s words. “Everyone will have a certain bias with incidents like this. When you hear the comments about his riding and the incident, Lewis is the opposite of a dirty driver. I think that he is a gentlemanWe have not seen him in major incidents, and that is why he maintains his demeanor. It was already seen, the incident has not bothered him especially, “he added.

Although Hamilton was the fastest in the first classification in the history of Formula 1 that does not officially grant the pole position, Wolff believes that “we are behind Red Bull in terms of performance”, a factor that forces them to give their best at each Grand Prix while respecting the rules. «It’s a situation that I imagine we’ve all seen in the past when great pilots fought each other.. When no one is willing to give in, then this type of situation can occur, but two do not fight if one does not want to, “he suggested dividing the blame.

“Two do not fight if one does not want to”

“I think that, if it had been a low or medium speed curve, it would not have generated much debate about the aftermath, but it was a high-speed impact. It’s a corner that just taking it all the way takes a lot of guts, and when two cars try to go through it they have to give each other room to do it, and that was not the case. The stewards thought that 10 seconds was appropriate, I understand that it is because both were part of the accident, not just one. There are always many nuances, ”Wolff finished.

TURN YOUR BACK ON BACK PAIN