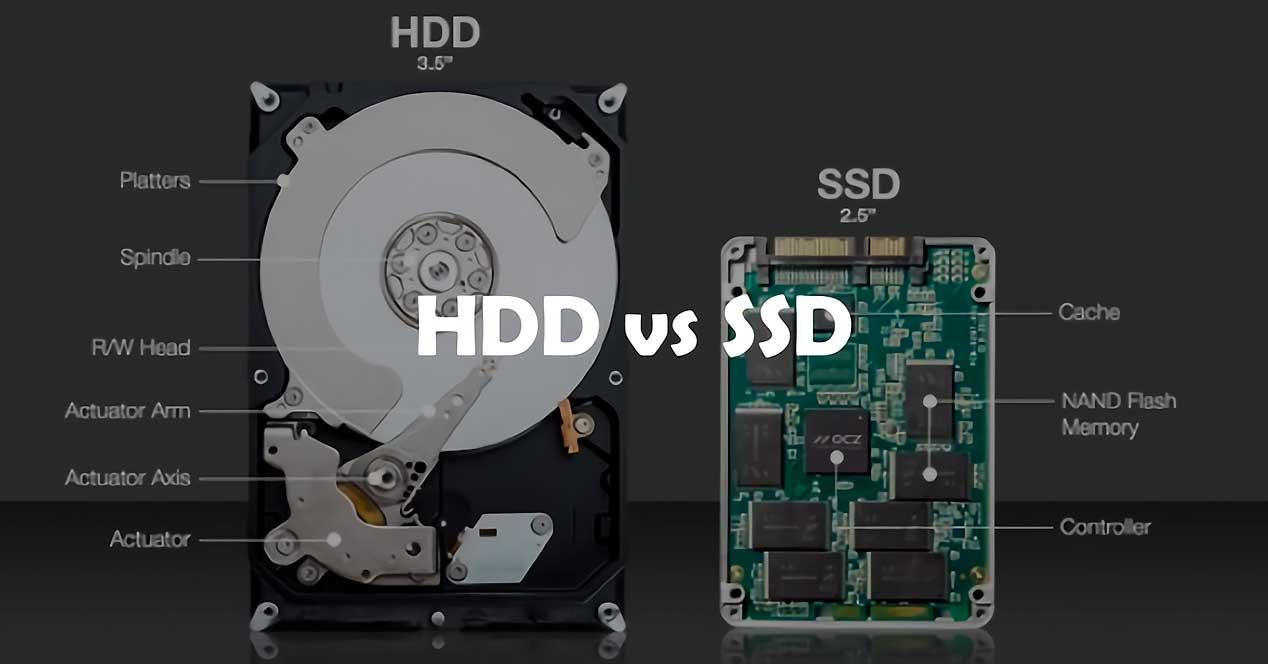 There are many debates on the Internet and although we always provide data to try to discern doubts, we always have to refresh them since times change, technology advances and devices and components with it. For the first time we have reliable real-world data on the dispute over the durability and reliability of two key devices on any PC or server: SSD and HDD. Which one is more reliable? Who fails more and who fails? Who has the highest reliability in SSD vs HDD? Backblaze has the answer.

Certain reports that arise at times are worthy of our attention and although there are more and more agencies and analysts in the sector, not all of them have credibility. Backblaze has shown over the years that its data is very true to reality, mainly because it is taken from its servers with an activity greater than 99%, so it is considered a real stress environment.

Index hide
1 Debunking the Myth: What Kind of Storage Device Is Most Reliable?
2 SSD vs HDD Reliability: Uptime, Failures, and Error Growth

Debunking the Myth: What Kind of Storage Device Is Most Reliable?

Hold on to your seats and enjoy the show, as what we are about to see is worthy of it and of analysis. First of all, it is necessary to clarify what Backblaze considers a failed unit, since we are not talking about a specific problem in the state of the device, but a death of the same or an imminent failure of the unit.

To do this, they make use of the SMART statistics of each drive, where it is valued from a punctual reading rate error, to leveling the wear on the SSDs, errors in programs and more. It should also be noted that the SSDs that have been included in the statistics are boot drives. Why is this important? Because they have a constant use from the moment they are installed, that is, they do not have downtime.

Read:  How to disable the news window when opening Steam

Likewise, the HDDs have also been measured under the same conditions and utilities, so the comparison is totally fair, but it has a nuance that we will resolve.

What we can see just above has the particularity that although theoretically HDDs fail much more than SSDs (6.41% vs 1.05%), the reality is that the months of use are very different (52.4 months vs 14 ,2 months). This marks a bias that must be eliminated despite the fact that the number of units analyzed is practically even.

If we balance the balance of the months we see that the HDD slightly surpass the SSD in the rate of failed units with 1.38% vs 1.05% with a total of 25 dead units compared to 17. In this case the number of SSD drives is somewhat superior to HDD, which marks even more the representation of the data if possible.

That is, SSDs are not far from the reliability of HDDs and vice versa. It has always been thought that SSDs were more reliable, but we are seeing that the difference is much less than what was expected.

Finally, we must talk about failure rates by years, since as can be seen in the last graph this has increased since 2017. quite and worryingly, although since 2020 it is stabilizing.

SSDs for their part are following a similar path, so we will have to see how they evolve to discern what is happening. Because the problem with all this is that not even Backblaze can shed light on these statistics of their servers, so even though we have the data, we don’t have the reasons, at the moment.

The post Who fails more: SSDs or HDDs? You Likely Missed It appeared first on HardZone.