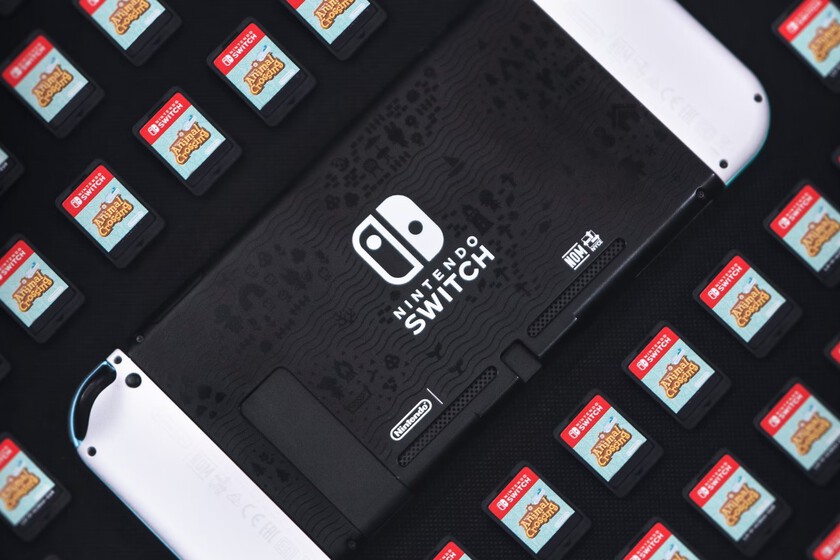 Historically, Nintendo has been one of the most important companies in the portable game console sector. And with the arrival of Nintendo Switch, a few years ago, it only strengthened its position as a benchmark in that sector. In the imminent Valve console, the Steam Deck, we will see a tough competitor once it sees the light. But meanwhile, the different Switch models continue to dominate the field of portable consoles with an iron fist. Or at least hybrid, if we take into account the many options that these allow us.

Such is the success of the Nintendo Switch that over the years we do not stop seeing more and more revisions of the original Switch, launched on the market back in 2017. And all of them equally successful, being one of the most bought and given away consoles thanks to having an extensive catalog of exclusive games, many other multiplatform games and some of the most valued indies of all time.

So if we want to get our first Switch, or jump from one model to another, we may not know which one to choose between these three great consoles. so next We will review the characteristics of each of them to help the undecided choose the Switch that best suits their needs.

Despite their differences, the three consoles are an excellent way to play all kinds of titles wherever we are. And they share more similarities than differences: same catalog, same philosophy, same performance… But it is true that if we want to adjust our spending as much as possible, as well as get the model that best suits our needs, We must keep in mind a series of details.

Broadly speaking, these are the main differences between the three Nintendo Switch available on the market today. Possibly, by now we will already be clear about which model is the ideal for our uses, but We are going to review each one of them to finish convincing ourselves for one or the other.

Original Nintendo Switch: The Beginning of a New Era of Handheld Gaming

The original Switch, which subsequently received a revision, opened the door for us to a new way of understanding handheld gaming. With a clear philosophy of portable console, Nintendo Switch also allows you to enjoy its great catalog on televisions and monitors through the dock that it includes. So the possibilities are enormous.

In case of playing on the console itself, we have a 6.2-inch IPS screen with a 1280 x 720p resolution, as well as an autonomy that goes from just over 4 hours to 9 hours of uninterrupted use, depending on the titles played. those of us who play If instead we prefer to use it together with televisions and monitors, the maximum resolution allowed is Full HD at 60 frames per second.

In both cases, the performance varies depending, once again, on the demands of each game. But in general the gaming experience is really good in both situations, making Nintendo Switch an ideal complement to other current consoles, as well as PC gaming.

With the arrival of its successive variants, especially since the OLED model landed, Nintendo Switch has been falling in price. Even getting to star in packs along with games, subscriptions and other really succulent additions with which we can save a good handful of euros. Thus, today, we can take home Nintendo Switch for just 284 euros. In addition to, as we say, having different packs like this one available with 12 months of online service for 299.98 euros.

A couple of years after the release of the Nintendo Switch came the Switch Lite, a cheaper model with a clear focus on fully portable gaming. Leaving aside, therefore, the hybrid features and designed to play exclusively from the game console itself.

This second console does not allow the removal of the Joy-Con, the side controls of the Switch, so the customization options are reduced. And neither the use in televisions and monitors. To which must be added a small cut in the size of its screen, which drops to 5.5 inches.

Although these changes may seem like a step backwards from the original Switch, It must be remembered that this other model is designed to be comfortable to transport and always carry with you. So it will be more interesting than Nintendo Switch thanks to the reduction of its dimensions and weight, despite offering a “worse” gaming experience a priori. Although nothing is further from reality.

Switch Lite, finally, plays a great asset in its favor: the price factor. Available in various colours, and with a vast catalog of accessories, covers, complements and other merchandising created especially for her, It is cheaper than the rest of these Nintendo consoles. And independently or with game packs, it is a great purchase option if the budget is limited. It is priced at only 199 euros in its latest color launched, as well as 284.95 euros together with the excellent Animal Crossing and three months of online subscription.

Nintendo Switch OLED: the screen as the main asset

And with this we come to Switch OLED, which hit stores just a couple of months ago, and which is the biggest revolution in this family of consoles… despite leaving a somewhat bittersweet feeling for many users. The community had been asking for a Pro version for a long time, with improvements to the graphics chip, resolution, or a much, much bigger screen. Said model did not arrive, and the latest Nintendo console stands out mainly for a better use of space, a slightly higher diagonal and, above all, the use of OLED technology for its panel.

Switch OLED is quite similar to Nintendo Switch and offers the same possibilities: portable use, on televisions and monitors, Joy-Con exchange… But it improves in screen quality, number of inches, internal storage and some other construction changes , such as the rear support that allows it to rest on the table in a more stable way. In addition to better connectivity, as the table above says.

Gaming performance, however, is the same; It does not change processor or internal hardware. But it does not mean that it is a great purchase if our idea is to use it mainly in portable mode; screen enhancements translate into a great gaming experience playing directly on the console. But if most of the time we use it in television mode, the jump from the original Switch to OLED may not be worth it.

The positive thing about the arrival of Switch OLED is that the original model has dropped in price. And also that this new version is not much more expensive than the rest Switch. So if our budget allows it, and we don’t have any Switch currently, going straight for OLED is a great idea. In addition, as in the rest of the consoles, we can acquire it independently for 349 euros.

Of course, if the stock allows us. Because the supply problems that have been affecting the gaming hardware sector for more than a year, mainly in PlayStation 5, XBOX Series X and graphics cards, have not left Switch OLED out. And getting one implies being aware of its replacement in stores or waiting longer than we would like. At any step, the market is slowly stabilizing, at least when it comes to Switch OLED, and it is becoming easier to acquire it.

Which console is better to buy?

Well, at this point it’s time to take stock of the three current Nintendo Switch. Taking into account that all of them, as we said above, are excellent consoles, Depending on each user, their needs and budget, the optimal thing is to acquire one or the other.

If the pretensions are to always play in portable mode and we need the maximum portability, comfort and ease of transport possible, there is no argument: Switch Lite is the best alternative. With it we save a few euros and we have several different colors to choose from. An option beyond any doubt.

However, if we also plan to play on television next to the console dock, we want the maximum possible internal storage and we especially value the size and quality of the screen, the original Switch or Switch OLED are the ideal consoles. But among them, in turn, There are differences that we have seen previously that make us opt for one or the other.

And for most users, the choice is whether or not they already have a Switch. That is, those who have been enjoying the original Nintendo Switch for a long time may not be worth making the leap to Switch OLED despite a better screen that is its main asset. But if we’re going to buy our first Switch, and going forward, At this time, the optimal thing is to get directly with the OLED model despite having a higher price. Those additional 50 euros (sometimes a little more, depending on specific offers) allow us to access a console that will age better than the others.