Bullfrag
Home Update What is ‘poke’, why is it in fashion and how is it... 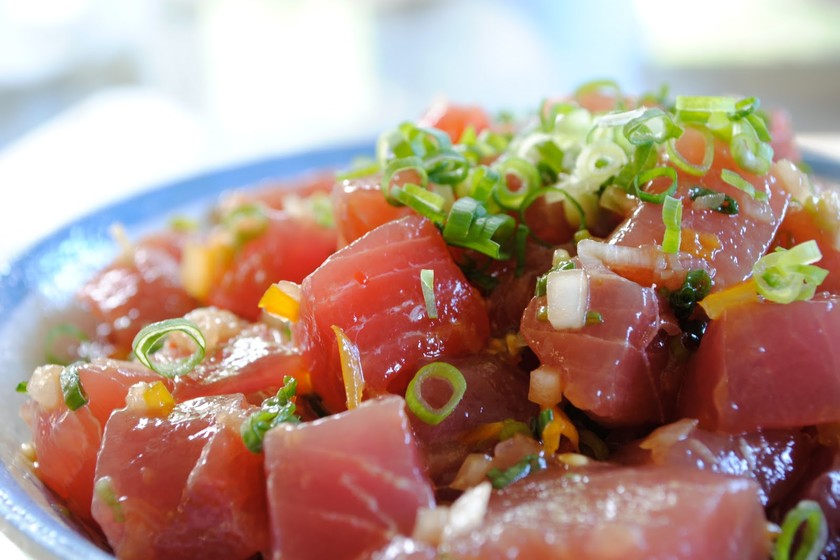 The poke It is the latest culinary craze in the United States and is becoming increasingly popular in Europe. It’s about a Hawaiian dish, in which raw fish are mixed, generally tuna, marinated in different dressings that usually include soy sauce and sesame. All kinds of fresh elements are added to the mixture, such as seaweed, avocado, cucumber, sesame or chives, and it is served in a bowl accompanied, generally, with rice.

As it explains Martha Cheng on The Poke Cookbook, long before contact with the West, native Hawaiians ate maka, raw fish, kneaded with your fingers (what my) or cut transversely into pieces (the literal meaning of the word poke). They added Salt to preserve the fish, crunchy limu (thin flakes of basalt glass that sometimes form when pahoehoe lava enters the sea) to give it texture and inamona, a condiment widely used in traditional archipelago cuisine made from roasted kukui nut and sea salt.

Over time, the dish became more complex, strongly influenced by the Japanese cuisine. According to the gastronomic historian Rachel Laudan, the current form of poke It became popular in the 1970s, coinciding with the massive arrival of Japanese to the islands to work in the sugar plantations, who were the ones who began to add soy sauce and rice to the raw fish that the Polynesians in the area were already taking. .

The Heresies of the Continent

Only in the last decade has poke has started to become popular outside of Hawaii and, as always when a local dish goes international, they have begun to commit what Hawaiians consider real outrages.

“As a New Yorker, I was hopeful when grocery stores poke they began to proliferate in the continent a couple of years ago ”, he explains in The New York Times Ligaya Mishan, a journalist originally from Honolulu. “I even found one to love, the one they make at Sons of Thunder in downtown Manhattan, whose owners have family roots in Hawaii. But in other places, the prevailing do-it-yourself model puzzles me; there are too many mixes and dressings, including strange intruders like corn and kale, and marinades are more like heavy sauces. “

As Mishan explains, Hawaiian restaurants offer no more than a dozen concrete combinations, which are more or less standard. The tuna (or octopus, which is also traditional), is accompanied by a soy sauce and rice. The rest of the additions are limited and not everyone asks for them. These are seaweed, pickled onions, Korean taegu, tsukemono (Japanese pickles), or boiled peanuts.

It is true that to taste the real poke you have to travel to Hawaii, but since it is a bit far away, it is possible to make a fairly reliable version of the dish at home, especially considering that in Spain it is possible to find good tuna (especially in summer).

Read:  What is it, how to use it and channels 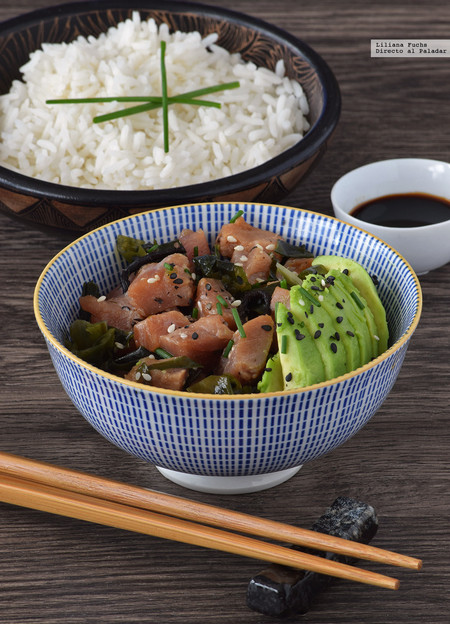 For the rest, just cut this into cubes, mix it with rehydrated seaweed –the easiest to find are wakame– and other ingredients such as chives, chives, soy sauce and sesame oil, as well as lime and lemon juice. You can follow the full recipe here.

It is important to bear in mind two things: that we must freeze the fish to avoid anisakis -as always when we eat raw fish- and that the poke it is not a marinadeWe only have to rest the mixture for 5 minutes, because the grace of the dish is that the flavor of the raw tuna is preserved.

Although, as we mentioned, the poke supports many combinationsPerhaps the most used mixture is that of rice, salmon and avocado, whose recipe we provide you in full below (and you can find it in the attached video).

We clean the salmon loin, removing the bones and skin, and cut it into cubes. Add the soy sauce, sesame oil, and grated fresh ginger, stir well and marinate for 15 minutes. Whether we prepare it in the hot season or not, we put it in the fridge so that it does not spoil.

In the meantime we prepare the sushi rice, cooking it in salty water following the manufacturer’s instructions. We mix the rice vinegar with the sugar and heat in the microwave so that the latter dissolves. Add to the rice and cool by fanning while We stir to separate the grains.

Cut the half avocado into slices, the cherry tomatoes into halves, the cucumber into the thin discs and the onion into julienne strips. We planted the poké dividing the rice into two deep bowls and distributing, on the surface, the avocado, tomatoes, cucumber and onion. Garnish with cashew nuts and chia seeds. Sprinkle with a little lime juice and serve immediately. 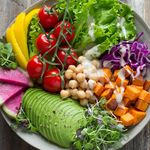 With what to accompany the poke

Poke is a salad that does not need any accompaniment, as it is a very complete unique dish. But what if you feel great is a cool drink, like a light and smooth white wine or a beer fresh from the fridge.

Garfield reveals he improvised a scene in NWH

Will Smith breaks his curse at the Golden Globes and strengthens his options to achieve the first Oscar of his career for ‘The Williams...

the platform announces its renewal for seasons 3 and 4