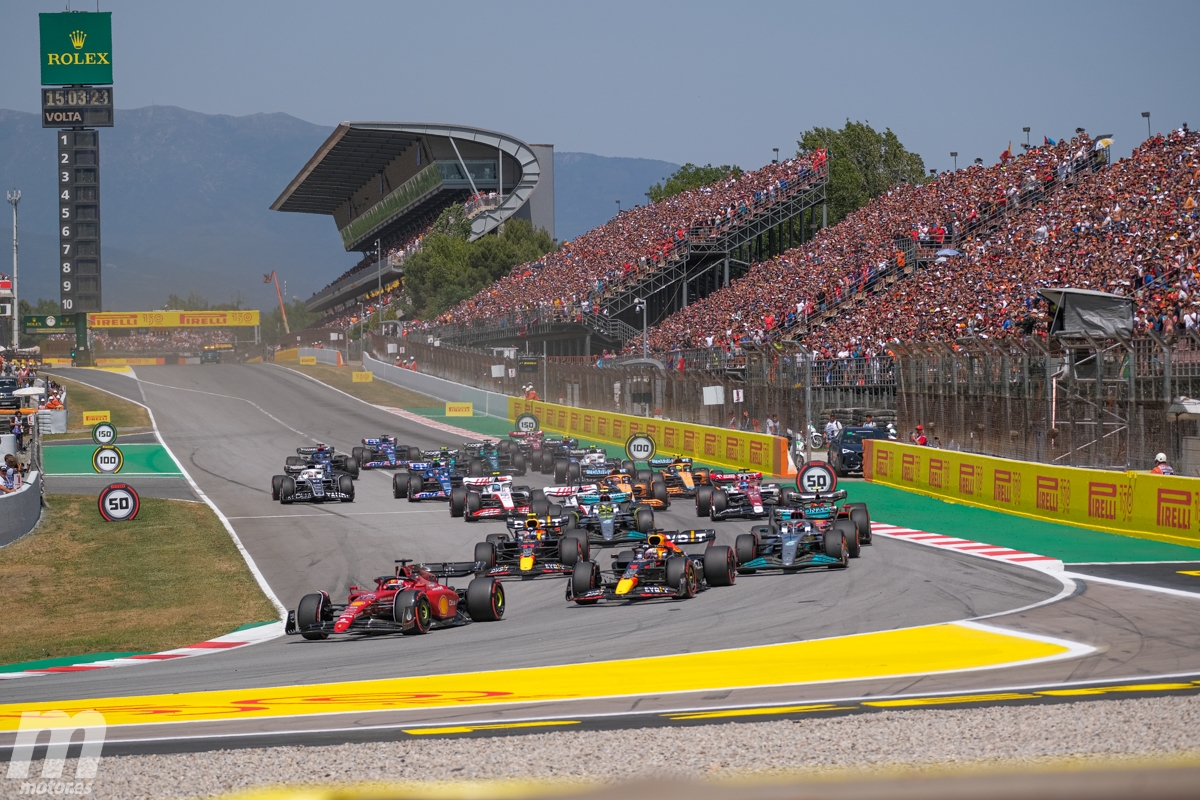 Formula 1 has filed a formal complaint with the Circuit de Barcelona-Catalunya after witnessing the organizational chaos of the Spanish Grand Prix last weekend. This adds to the massive complaints from fans who attended the event.

The executive director of the circuit, Josep Lluis Santamariahas offered explanations to fans after the multiple complaints made on social networks and the media.

And there are many fans of Formula 1 who have attended a Grand Prix for the first time and have no intention of repeating after suffering the consequences of poor management of the event.

Our colleague David Moreno, present on the circuit to cover the sixth round of the World Cup, accurately detailed what he experienced this weekend at the Circuit de Barcelona-Catalunya and facility management have offered Motorsport.com their views on the criticism received.

Index hide
1 The formal complaint of Formula 1
2 The transports
3 Access to the circuit
3.1 Is there an Alonso case in Alpine? The big boss hints at his continuity
4 Water
5 The heat
6 The future of Barcelona in Formula 1

The formal complaint of Formula 1

“The truth is that It has been a success the weekend with the great attendance of the public, shows that Formula 1 is once again interesting for the home public. And, furthermore, with a race that we could say was one of the most spectacular that has been experienced here in recent years.

«What was published in some media has nothing to do with what has reached us. Yes, it is true that there have been bugs that need to be worked on and modified. We have had the third best turnout in the history of the Grand Prix. We have to work, as Domenicali says, to improve to give the best product to everyone».

«Renfe has reported that nearly 75,000 people have traveled on its trains this weekend in Catalonia, approximately 26% of the total attendees at the event. That figure is double the number of people who arrived by train in Montmeló in 2019in the Grand Prix before the pandemic ».

«It is also necessary to highlight the reinforcement that Renfe made after Saturday, when there were problems and it took a long time to evacuate the Montmeló station, and for Sunday they increased the frequency and the number of trains. That day, the mayor of Montmeló told us that everything had gone quite well and that traffic flow had been achieved.

“From Saturday to Sunday the number of buses and the frequency of trains were increased. We are going to work on giving priority to the event, because we can put many buses but if they cannot be moved, we are in the same situation».

“We want there to be priority circulation in certain cases. Because if you have a planned frequency, they load, leave and have to come back, if there is no fluid traffic, it will take longer to transport people. We are going to look at that, and we are going to activate suburban stations where the transfers. For all that we are already having different meetings to improve».

“For many weeks, a special device had been worked on to make access to the circuits as fluid as possible given the forecast of a large influx of public.”

“On Friday there was a higher number of public than expected, 54,000 people came and managing that large number requires working on many issues. And we are already working for the future, both with transit and mobility, to provide a better service to everyone.”

We understand the discomfort of the spectators, some had no problems because they entered and exited well, but at some points there were congestions that lasted quite a long time. Then people start to get nervous and try to find a way out, further collapsing whatever possible logical way out there might be.”

Is there an Alonso case in Alpine? The big boss hints at his continuity

«The shadows are what there are, we have to work for the coming years, have more stands. Then, we come out of a pandemic, there are things that cannot be done, like spraying water for people to pass through, which would make people cool. That cannot be done because with it you could spread the virus more ».

“The issue of water is true that on Friday a forecast of some 25,000 people had been made, exceeding the forecasts or the average of the last pre-COVID years, in which there was an average of 15,000 or 16,000 people. We calculated 25,000 and still 54,000 came. The temperature on Friday was very high, so there were considerable queues at some points.

«We act already on the same night from Friday to Saturday, opening 45 more points of sale than were planned for Sunday, and seven more, for drinks onlyin the areas where the most public had been concentrated ».

“It should be noted that for the first time it was allowed to enter with refrigerators, with bottles of up to a liter and a half and the caps were not removed, which in sports facilities always remove the cap. Metal bottles were not allowed.

“It is possible that at some point, in some of the supply points, there may have been a lack of water. But then it was replenished throughout the day, and there were other drinks as well.”

“As for the circuit, We do not work with water from the public network, but it is from a well and is not drinkable, and it is not so that people have to buy water, it is that it is not drinkable due to the toxic content it may contain. In the bathrooms they can be refreshed, but it is not water for consumption. Those are all the points that we will have to study and see how to improve.”

“What we couldn’t control were the temperatures., but in terms of influx of public years ago these situations already occurred, in fact we were in higher figures. But this time the increase in public after so many years has been added, because from 2008 until now the attendance of the public had dropped a lot, and this year everything was dimensioned for the people who had to come, but the temperature has gone against us ».

“It is possible that at some point, in some of the supply points, there may have been a lack of water”

“You never know, today for example it rains here and it’s cold. This should have happened two days before, and refresh Saturday with a downpour. Maybe if we changed the date it would be cold, it would rain and people would complain about the bad weather. It is very difficult to do things to everyone’s liking. We have to do things to satisfy as many people as possible who come”.

The future of Barcelona in Formula 1

“We are insured until 2026, and in a couple of years we will start negotiating for the long term. We will look to sign another five-year period, because until last year we had one-year contracts and that is not ideal.

«As Stefano said in his letter, with the good relationship we have, together we have to make experiences better and build F1 together. And that the Spanish GP has a place in the history of F1. We are very much in contact with F1 and we have a very good relationship.”

Have you attended the Spanish Grand Prix and are you convinced by the explanations? We are afraid not.