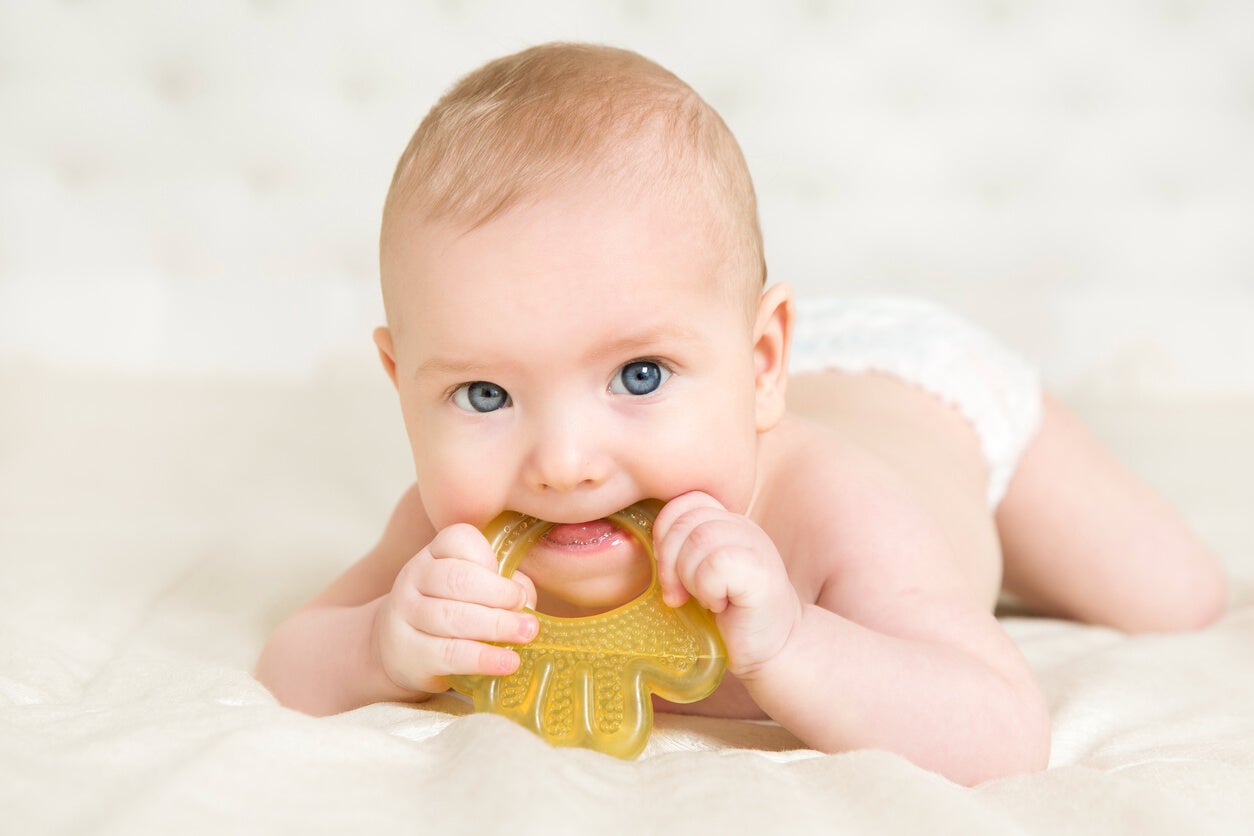 4 month old babies are much more awake. They begin the adventure of exploring the world and learning to communicate with the people around them.

4-month-old babies have already started their path to independence, although this is not very marked yet. They have acquired new physical, cognitive and psychosocial skills.

It is very important to monitor the little one in each of the phases of development. There are some patterns common to most children.

The most advisable thing is to take note of the changes and the relevant advances of the 4-month-old baby. This information will be very useful in consultations with the pediatrician.

Index hide
1 4 month old baby weight
2 The dream
3 The physical development of the 4-month-old baby
4 Cognitive and psychosocial development
4.1 The social and the emotional
4.2 the cognitive
4.3 Stimulation
5 Always attentive to the child

A first element to take into account is the weight of 4-month-old babies. Also his size and the perimeter of his head.

It is possible for the baby to be a little above or below the normal range and still have no problems. There would only be cause for concern if the difference is very significant.

The values ​​that serve as reference are the following:

On average, 4-month-old babies should have a weight gain of about 600 grams from the previous month. If the weight, height or head circumference deviate from the figures we have given, the pediatrician will note it.

It is usual for 4-month-old babies to sleep between 8 and 10 hours a night, as well as around 6 hours in the day. The latter are usually distributed in 3 or 4 naps.

However, the most common is that they still do not have a very stable pattern of sleep. This is why they can wake up at night or exchange nocturnal habits for daytime ones. Your circadian rhythms are just getting going.

If the mother must return to work again, it is possible that the little ones feel restless and this alters their rhythms. In some cases, the first discomfort appears in the gums, which affects the way they sleep.

It is recommended that the baby be helped to have stable schedules. Some tips for you to adopt a correct pattern are as follows:

The physical development of the 4-month-old baby

4-month-old babies begin to develop color vision, a skill they will complete by 6 months. They look at faces more closely, not only looking at the eyes, but at the whole face. They also distinguish sounds such as the voice of the mother, the father and the music they like.

Read:  Alien has a single-player horror video game in development and will feature Virtual Reality

At this age they have more control over their head and can hold it upright. When lying down they can bend their neck forward to look at their feet. If they are upside down, they rest on their open hands. They begin to learn to roll over.

4-month-old babies prefer to sit because that position allows them to see everything around them. However, they are still unable to maintain this posture on their own.

other reflections and skills they develop are as follows:

4-month-old babies begin the development of their sociability. That is why they no longer want to be alone and they usually cry when her mother leaves her and calm down when she returns. They may show some shyness around strangers.

At this age they spend a lot of time observing what is around them. Let’s see what other advances they achieve at the cognitive and psychosocial level.

The social and the emotional

4-month-old babies smile when something nice happens to them, as a sign of affection or reaction to tickling. They also do it before their own image in the mirror. They coo and babble to get attention.

On the other hand, they suck on your fist when they are hungry, which is a way to calm themselves. They become activated and excited when someone familiar approaches them.

Before, they only focused on the food while eating. Now even a slight sound catches his attention. 4-month-old babies also spend time examining their own hands or feet.

At this age they begin to learn routines. They repeat them when they find them pleasing. They also know how to predict them. For example, they flex at the hip when they notice it’s time for a diaper change.

A good way to stimulate the development of 4-month-old babies is talking to them often. They love to be talked to and begin to respond.

It is important that they have the opportunity to interact with their toys safely. Colorful toys are very important at this age. They should be allowed to put them in their mouths, as that is their way of exploring them.

It is also convenient to stimulate their sociability. It would be a good idea to invite another mother with her baby and spend some time together. It would seem that the babies do not interact with each other, but in fact they are taking note of everything.

Always attentive to the child

Parents and caregivers are the closest people to the baby. Therefore, they are the ones who can best monitor their development. That is why it is important to be attentive to all the changes that the little one presents.

If your baby can’t hold his head up or grasp objects, or doesn’t smile or follow people with his eyes, or doesn’t babble or respond to sounds, you should see your pediatrician to see what’s going on.