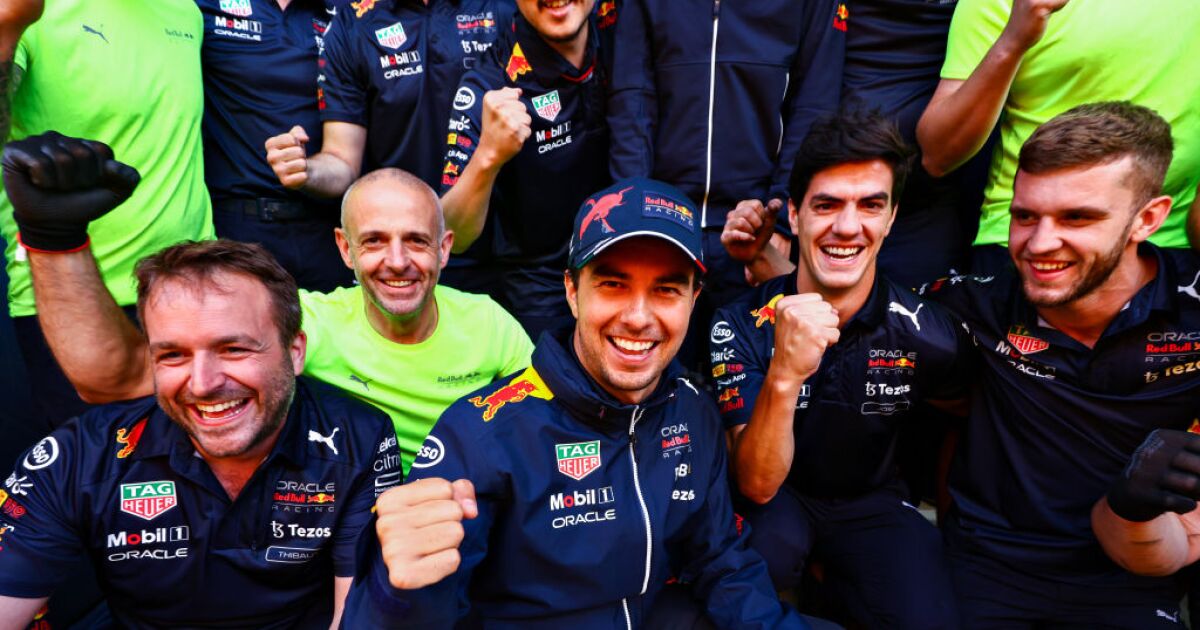 “Yes, it was a great comeback. We never gave up We had a chance at the end and we had great battles with Charles (Leclerc) and Lewis (Hamilton). We went from last to forward. An epic race”, said “Checo” to the F1TV cameras after the test.

We went from last to forward. an epic race

At the beginning of the race the spectacular accident of Guanyu Zhou (Alfa Romeo)the race was stopped for about an hour and when it resumed the Guadalajara did not have clear opportunitiessince in his attempts to advance he suffered an impact with Charles Leclerc (Ferrari)which forced him to have to change his front wing, which brought him to last position.

“Carlos (Sainz) was on the inside, Max (Verstappen) was on the outside and there they damaged my wing, I went to last place and recovered,” explained the Red Bull Racing driver about the incident.

Through their social networks, “Checo” Pérez expressed his happiness to learn that Guanyu Zhoy and Alexander Albon (Williams) were well and in turn time was given to congratulate Carlos Sainz (Ferrari) for his first victory as a Formula 1 driver.

“First of all, I am very happy that Zhou and Alex (Albon) are doing well. On the other hand, happy to have shown once again that in sport and in life you don’t have to give up. A great race after coming last place and despite being 80% physically. Now it’s time to rest and be ready for the next race in Austria. Congratulations to Carlos Sainz, it was great to share with him his first victory in F1”, the Mexican shared on his official social media accounts.

Read:  Miracleman returns to Marvel in an epic way