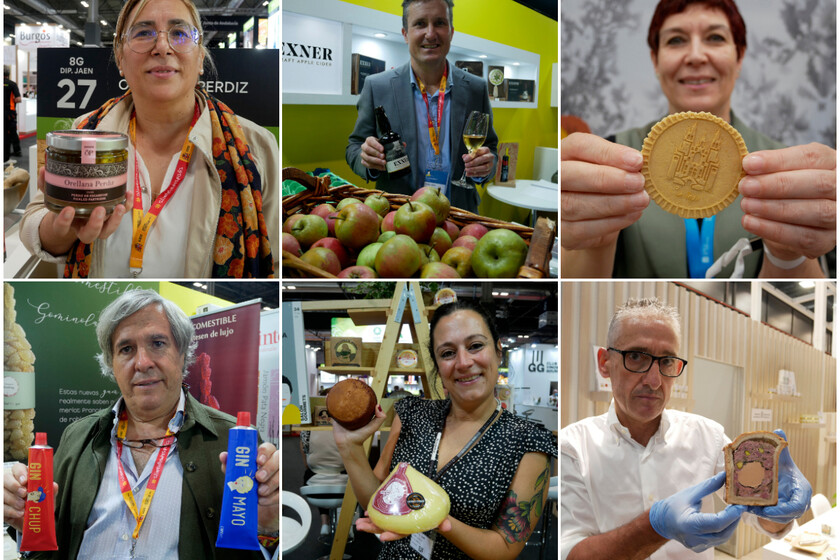 Kicking the Salón Gourmets, one of the most important food fairs in Spain, can be a extreme sport. As most of the stalls are grouped by region, not by type of food, one ends up tasting, in this order, a fish crust, a bonbon, a herbal liqueur and, later, a tapas of sobrasada.

“The order of the food is nothing more than a convention”, I think to myself, while the taste of a torrezno is mixed in my mouth with that of a caramelised almond. It is not too bad. In the end you get used to it.

In the Gourmets Hall you can get to try impossible combinations. This year, in the first edition after the outbreak of the pandemic, there are more than 1,500 exhibitors, who are presenting, according to the organization, around 37,000 products. Among them, about 700 are presented for the first time to the public.

Although this year there are 500 fewer exhibitors that in the last pre-pandemic edition, in 2019, the sensation among the fairgrounds is being positive. “There is a lot of desire to do things” was the most repeated phrase. And, despite the fact that there were many foreign exhibitors who were missing two years ago, the feeling of the participants is that a lot of distributor from outside Spain has come. Business is moving, which in the end is what matters at a fair.

But we, who were not going to buy or sell anything, have focused more than on food with commercial projection, in those more curious news or that they have conquered our palate. You will never go to bed without eating one more thing.

1. The pickled partridge of Partridge Orellana

The pickled partridge from the Perdiz Orellana family business is not really a novelty. This family business, which began in 1948, runs two restaurants on the A4 motorway, at the height of Sierra Morena, which are a mandatory stop to try, precisely, their pickled partridge. But only a few years ago they decided to blunt it and sell it in gourmet stores and through their online store. It is incredible. Also very good is their partridge pate. 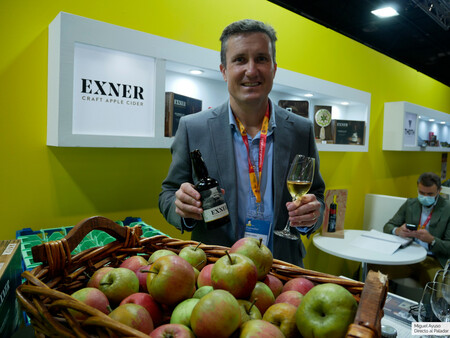 We always associate Asturias with its traditional natural cider, but there are producers who are exploring other ways of making cider that may have a journey. We really liked the one made by the Gallinal company in Serín, from must from sour apple varieties. Baptized as Exner, this cider, which is presented in third-party bottles, is ideal to accompany a meal or to replace beer. It is light, flavorful and less sweet than Irish citrons. A success. 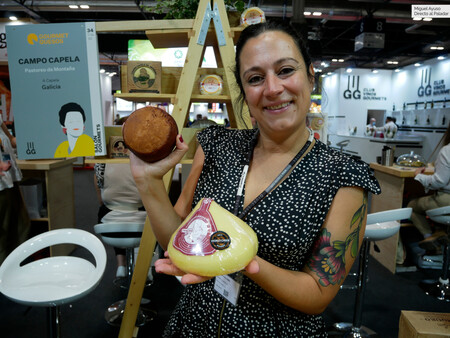 Campo Capela is a cooperative in A Capela (A Coruña) that brings together 33 small milk producers, with an average of 15 cows that are raised in a semi-extensive regime in the meadows that surround the cooperative. Its semi-cured cow cheese, with a crust of coffee and cinnamon, won a gold medal in the last World Cheese Awards and is the only cheese factory in Galicia that produces nipple cheeses with raw milk. Very rich all.

4. Ketchup and mayonnaise with gin 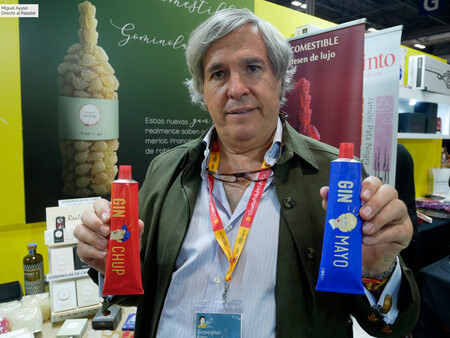 These two sauces are an initiative of Bobby’s Dutch gin, a distillate somewhat different from the British-type dry gin we are used to. The beauty of ketchup and mayonnaise is that it has light notes that remind us of the 8 botanical ingredients used in gin. In addition to an attractive packagingWe found them to be two quite successful and intense sauces, as they conserve 2% of the alcohol. 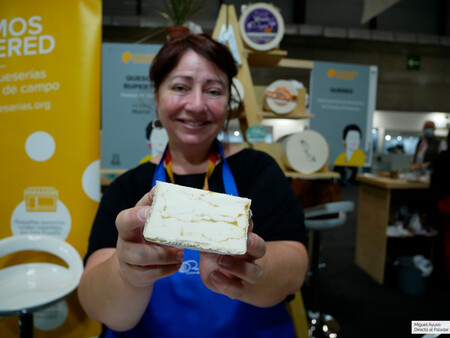 With the permission of hams and wine, cheeses are the main protagonists of the Salón Gourmets, and it is easy to find pleasant surprises. Ruperto cheese factory is one of the few in Murcia that makes its products with sheep’s milk and not goat, as is traditional in the area. All their cheeses are remarkable, but a cheese that they make by introducing an ingredient as Murcian as mullet roe, which suits us like a glove, caught our attention. Terrific. 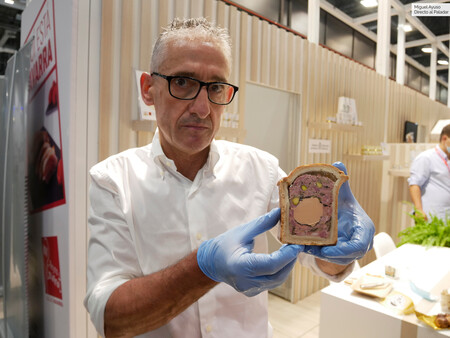 Etxenike is a Navarran family business dedicated to the production of products derived from duck, which has never lost the pulse of innovation. In addition to its famous canned duck, and its exquisite smoked salmon, it has presented a fifth-range pate en croûte, made with his foie, which he plans to sell in the hospitality industry and has been simply impressive. We also tried a canned cheese cake that was very curious. 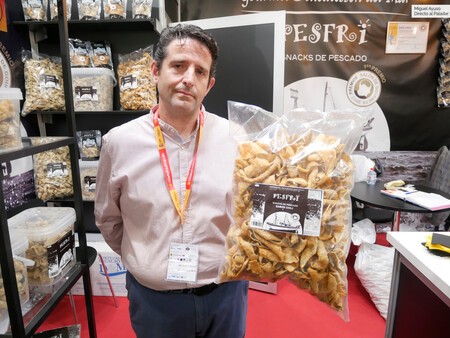 If we are used to having pork rinds as an aperitif, why not cod? Made with the skin of this fish, this snack is a healthy alternative, and very tasty, to our beloved crusts. Prepared by the Valencian company Pesfri, in this room they have presented a spicy variety, which we imagine tasting with a beer. 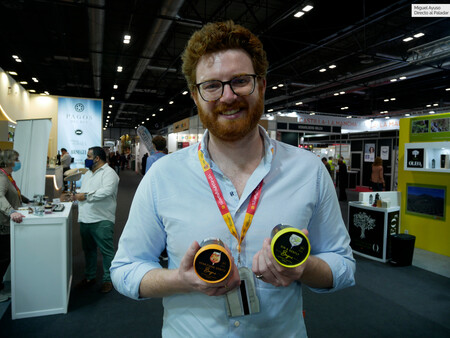 Although it is a German company, one of the two founding brothers of Bayne lives in Madrid, and was in the Gourmets Hall showing his particular spritz, moscow mule or gin-tonic sorbets. Can ice cream have alcohol? “It is not easy to keep it,” he admits, but this was not the main objective either. Sorbets have two grades (the equivalent of a white). They are refreshing and the flavors are achieved. 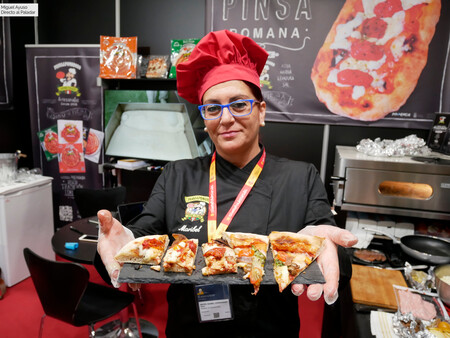 The fifth range is another of the stars of Salón Gourmets: products already made for the hospitality industry, which only have to be regenerated. There are bad ones, there are regular ones and there are them almost impossible to distinguish from a good homemade product. I still can’t understand the difference between pineapple and pizza. I have come to the conclusion that it is just a strategy of marketing to call something we already knew by another name. Be that as it may, the fifth-range pineapple presented by Panna & Pomodoro, specialists in frozen pizza bases for Horeca, they gave the hit of the cute. With 48 hours of fermentation, they were better than many neighborhood pizzerias. 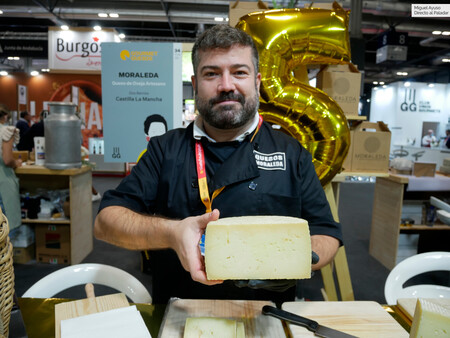 Moraleda Cheese is a prestigious cheese factory in Toledo that makes some of the most awarded Manchego cheeses in the world. Several of its elaborations have medals in the World Cheese Awards –Including the highest category, a super gold, for its cured sheep cheese– and this year, when the international competition is held in Oviedo, they are going for the gold with a new product: a mixed sheep and goat cheese, with oil olive, which was to piss and not drop. Terrific. 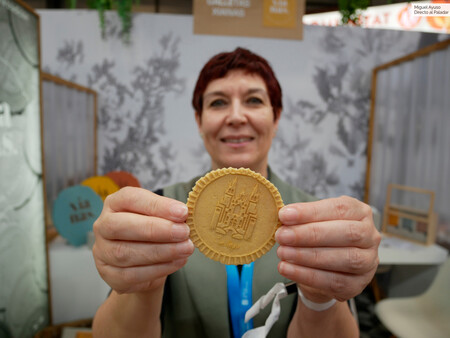 The cookies of the Galician company Xianas recover the steps of those known as “Xian Cookies”, made more than a century ago in the area of ​​Taboada, Lugo. These are very thin, crunchy cookies that are baked in molds, with 18 recognizable Galician motifs: the Obradoiro, the Viera, the Hercules tower … Besides being beautiful, they are very good, especially the original ones. Butter. There are also coffee and almonds. 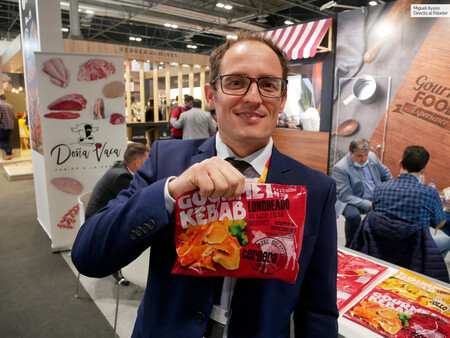 We tend to think that all the doner kebab we eat in Spain comes from far away places, but the Gourmet Kebab company has in its facilities Valdetorres del Jarama (Madrid) the industrial plant dedicated to the largest kebab in Spain. Many of the skewers that end up in Turkish restaurants are prepared there, but recently the product has also been sliced ​​from gigantic baked skewers and frozen ready to eat. The product is aimed at restaurants but also homes, where we can surely accompany the same kebab meat with a garnish better than in most döner.

13. Sangria with yuzu from Sangria Republic 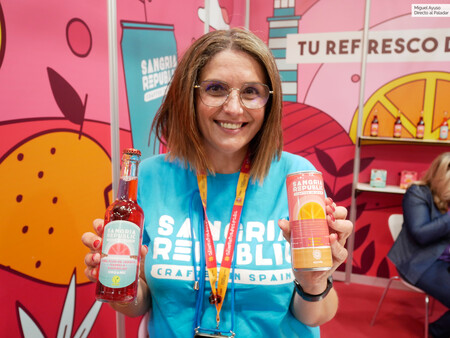 Sangria is one of the most popular drinks in Spain, but it has never been brought with much success (organoleptically speaking) to the supermarket shelves. Sangria Republic’s proposal involves making sangrías a little more dignified, with less presence of wine, also less alcohol, but more pleasant flavors to drink as a refreshment. In addition to the traditional sangria, they have one with yuzu, Jamaica flower and vanilla that has been quite pleasant for us. 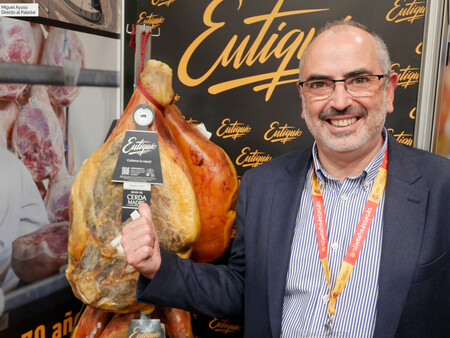 The Zaragoza company Eutiquio has recovered a product lost in time, the mother sow ham. This ham was the most common before the production of sausages was professionalized, when the meat of the sows was used after they had calved. We are talking about a gigantic ham, between 11 and 16 kg, made with much older animals and therefore with a stronger flavor. This is the only product that we have not tested from the article, but the person in charge of the company acknowledges that it is used almost entirely for export. “Do you like sheep or lamb better?” “Well, this is the same.”

Watch out! Alert how QR codes steal your money

Zoro is immortalized with a statue in Japan