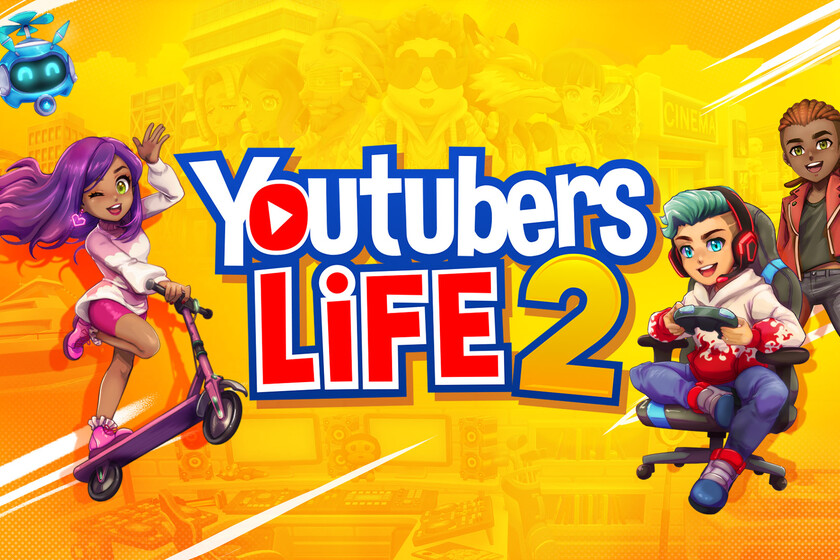 If you like life simulation video games and, in addition, you are fans of the most famous youtubers and streamers in the world, be very attentive because we finally have the release date from Youtubers Life 2. The sequel to the successful video game will have several of Spain’s best-known content creators appearing in the title, such as El Rubius or Willyrex.

Youtubers Life 2 to launch digitally on consoles and PC next October 19, so there is only a little over a month left to enjoy the new game. To celebrate this announcement, Raiser Games has launched a new trailer in which we see what we can expect from this game, in which the objective will be to become the next successful creator by uploading content to NewTube, Glitch or InstaLife.

We will have to create our own channel, play video games, make direct by surprise, analysis and all kinds of content for our audience to upload. In the game we will explore NewTube City, which will have different neighborhoods and many locations, and we can share our adventures by recording content with a drone. Reservations for PC are now open.

The creators that will appear are PewDiePie, Crainer, LaurenzSide, Rubius, Paluten, InoxTag, Willyrex, GermanLetsPlay, Vegetta777 and xFaRgAnx, all of them successful and with a huge following. The game will allow us to customize our appearance in a deep way, but it is that we can also decorate our home and modify our setup, something that will make the game even more fun.

READ:  These are the 6 great games coming to Xbox in August

“It’s been almost five years since the first Youtubers Life came out and the game is still has a large loyal player base, which is exactly why we wanted to take what they loved about the original and make it even bigger and better, “explained Sergio de Benito, marketing director at Raiser Games. The game is being developed by the Spanish indie studio UPLAY Online.

plan your escape in The Escapists and prepare for more strategy

yours forever to escape to freedom

You can take home this excellent HP gaming laptop on sale, with Ryzen CPU, for less than 1,000 euros in El Corte Inglés

CDPR is working on a new game