Bullfrag
Home Health Variant R.1 COVID: Why should we be vigilant? 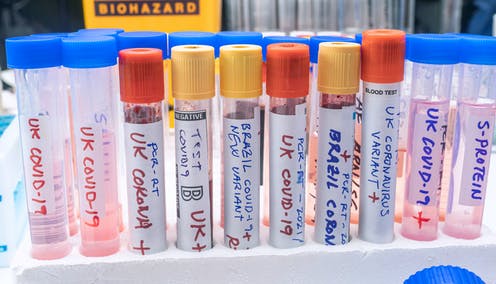 A year and a half have passed and COVID-19 continues to wreak havoc in and around the world. While the Delta variant remains the most dominant strain globally, new variants continue to emerge from time to time; like variant R.1

Index hide
1 They have detected another new strain, the R.1 variant
1.1 The variant has infected more than 10,000 people worldwide.
1.2 The new variant can affect people differently.
2 Delta is still the most dominant

They have detected another new strain, the R.1 variant

Researchers have detected another new strain, the R.1 variant, which has also led to a small number of COVID cases in the US and other countries. Although it has not yet been rated as a variant of concern, experts have urged people to be vigilant as it could be highly infectious.

As newer as this variant may seem, the R.1 variant was first discovered last year in Japan. Since then, it has been detected in about 35 countries, including the United States of America.

The variant has infected more than 10,000 people worldwide.

The latest report suggests that the variant has infected more than 10,000 people worldwide. A weekly morbidity and mortality report of the Centers for Disease Control and Prevention (CDC) found that R.1 mutations existed in the US since April 2021. It was detected in a Kentucky nursing home, where many of the patients were fully vaccinated.

According to a CDC study, 87% of vaccinated nursing home residents were less likely to develop symptoms compared to unvaccinated people. Currently, variant R.1 is not listed by the CDC as a variant of concern or interest.

Since viruses are programmed to mutate, variant R.1 is a strain of the Sars-COV-2 virus. However, different variants may have different potentials and limitations. Unlike the original strain, the new variant can affect people differently.

While the Delta variant is still the most competent strain of COVID-19, scientists believe that we should also be careful with the R.1 variant. According to reports, in addition to showing the ability to evade the protection of the vaccine and treatment with monoclonal antibodies. The R.1 variant appears to possess a set of unique mutations that can lead to replication and further transmission.

Delta is still the most dominant

While the new emerging variants continue to be a source of concern and curiosity. The Delta variant continues to be rampant and the most dominant strain.

4 groups with higher risk of prolonged COVID, according to studies

5 ways to make your office a comfortable place

COMICS | Pulp: When did you stop being an outlaw?