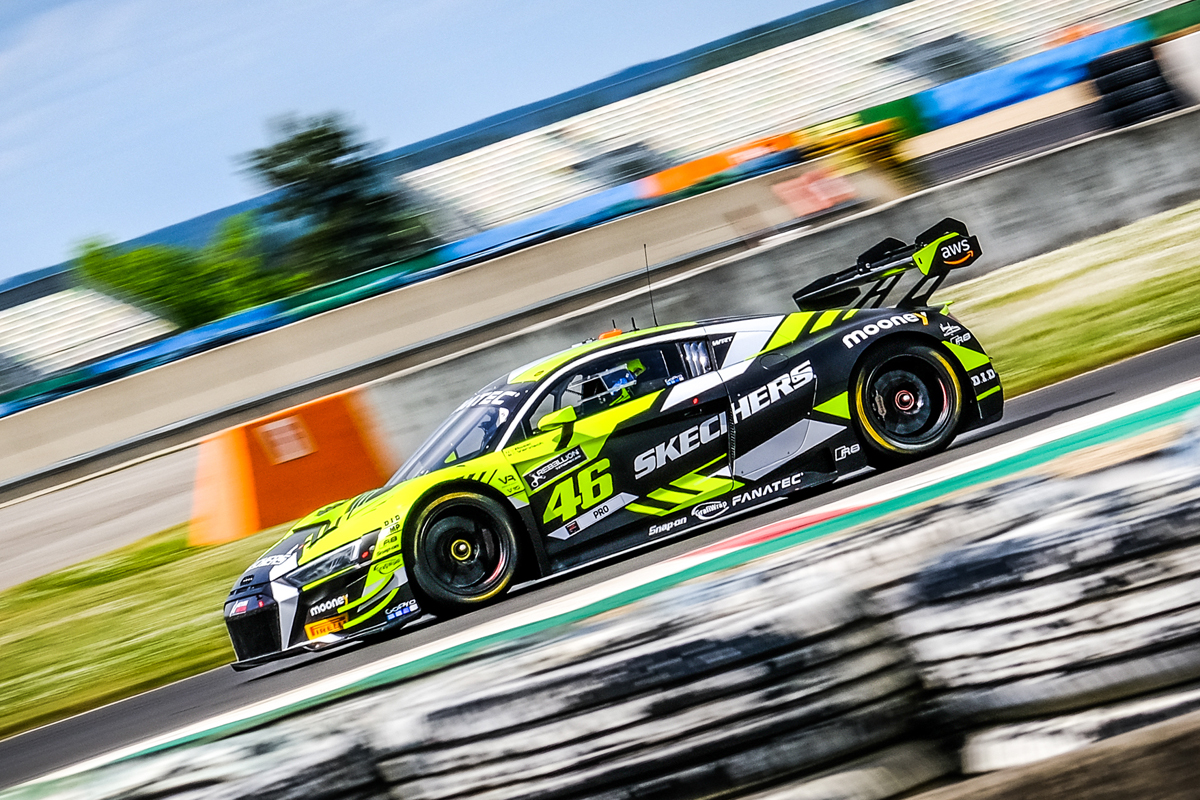 Valentino Rossi continues to accumulate experience in the GT World Challenge Europe. After making his debut at the 3 Hours of Imola and competing in the Brands Hatch and Magny-Cours sprint events, the Italian is already beginning to learn some of the secrets of the benchmark GT3 event, in addition to seeing first-hand the extremely competitive nature of the championship. This is recognized by Rossi himself, who says he is not surprised by the high level shown by almost all the drivers and teams present on the grid of the series organized by SRO Motorsports.

In fact, #46 has been categorical about it and valentino rossi He stated: “To be honest, I’m not surprised at the level of this year’s GT World Challenge Europe. I was already following the championship in previous years, when I hadn’t competed here yet and I could already get an idea of ​​the level of the drivers who are in the series. It is a new world for me. Running the GTWC Europe is the right choice, being able to combine the Sprint and Endurance events, since the essence is different».

In this way, Valentino Rossi compares the Sprint Cup with competition in MotoGPsince in the end each of the two drivers present in each GT3 compete for about half an hour: «The GT3 are complex vehicles, but they allow different philosophies. In a way, drag racing allows you to drive with a certain perspective, as the strategy of the teams prevails more. For its part, sprint races are closer to MotoGP and not only because of the duration, but also because you have to push at all times».

Read:  Irmscher Opel Insignia iS3, these renderings advance a proposal at the level of an OPC

After competing in the first three rounds of the GTWC Europe and already accumulating some mileage at the wheel of the Audi R8 LMS GT3 Evo II with Team WRT number 46, Valentino Rossi seems not to be tempted to expand his program and compete in other tests under GT3 regulations. There are also no options to contest the 24 Hours of Le Mans, no matter how much the Italian has shown his love for the race. At least this year Rossi will not compete in La Sarthe, although he does plan to attend the queen event of the WEC as a spectator to soak up the atmosphere of the event.

Victory for Marciello and Boguslavskiy, leaders of the Sprint Cup, at Mangy-Cours

Of course, Valentino Rossi confesses that once the season is over in the GTWC Europe it is likely that he can dplay an extra event at the end of the year. Knowing his desire to do something together with Alessio Salucci and Luca Marini, everything indicates that Rossi will contest the 12 Hours of Abu Dhabi in December to cap off his first season as a full-time GT driver. Surely by then Rossi can teach some of the secrets he has learned at GTWC Europe to his teammates.