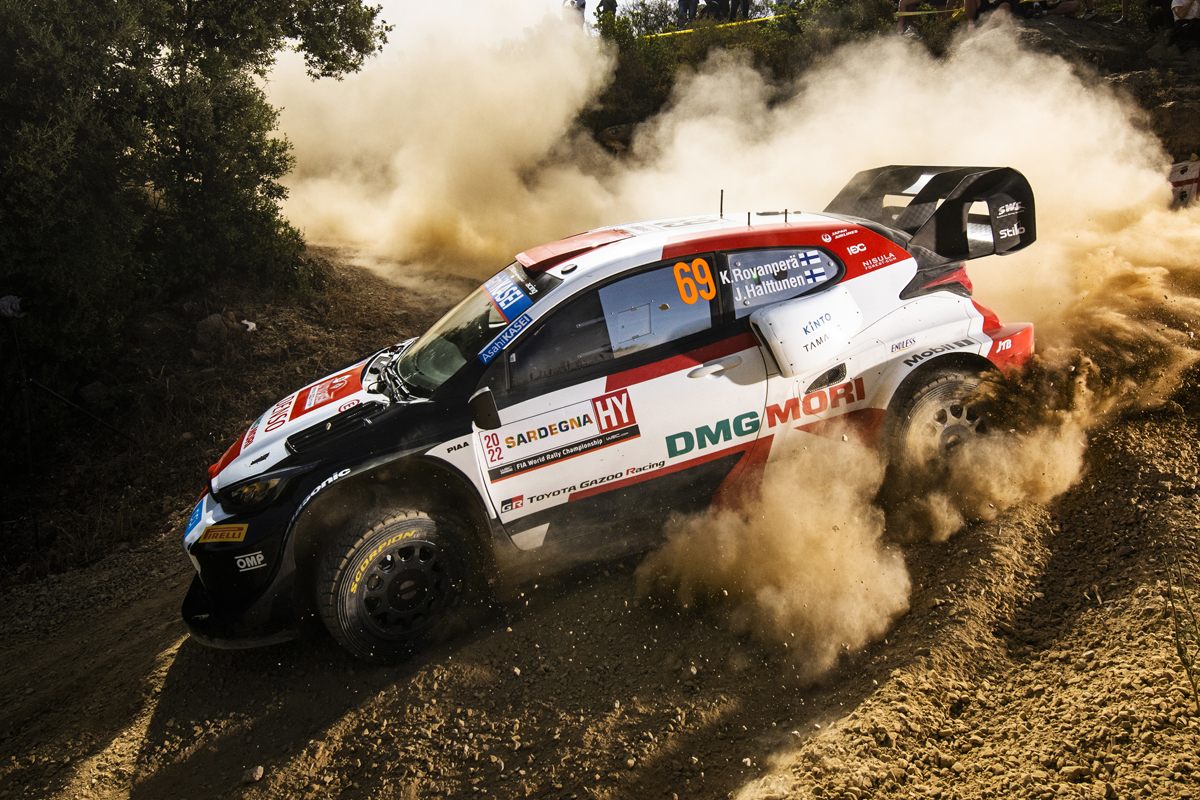 The Toyota Gazoo Racing team has seen Hyundai take victory in the last two rallies. Although the leadership -and possibly the title- of Kalle Rovanperä is not in danger, the Japanese firm wants to return to the path of victory.

Toyota Gazoo Racing has been the protagonist of much of the hybrid era of the WRC, as the Japanese brand has achieved five of the nine wins at stake until now. However, the structure has seen Hyundai Motorsport take away this leading role in recent rallies, since Ott Tänak has prevailed in the last two appointments.

With this in mind, the Toyota team has joined forces and heads into the Acropolis Rally with the sheer determination of return to the path of victory. To this end, the formation will have the leader Kalle Rovanperä as chief of operations, accompanied by Elfyn Evans and Esapekka Lappi in the official team. In addition, in the manufacturer’s ‘B’ squad, as usual, will be the Japanese Takamoto Katsuta.

Elfyn Evans: “There are still things we can improve on and hopefully continue moving forward to take another step forward in Greece”

Kalle Rovanperä He has seen his advantage at the head of the WRC diminish in the last two rounds, although he maintains a comfortable lead that he will seek to extend in Greece: «Belgium was a difficult weekend for usso in Greece we just have to get back to the level where we should be and try to make a good rally. The championship does not end until it is definedso we can’t think too much about it.”

«We will continue looking for a good result in each event. It is the best strategy. Greece was a very nice rally for us last year, but our chances in this edition of the weather. If it’s dry, it will be complicated when opening track on Fridayalthough it will not be much easier for the rivals that start right behind us »added the World Cup leader.

Can’t say that the season of Elfyn Evans bad, but he still has his first win in the hybrid era of the WRC on his mind: «I really want to compete in the Acropolis Rally. Greece offers a very different challenge to previous gravel rallies as it is more like Sardinia. There we had a very good feeling with the car and a good pace, but we did not get a good final result.

Read:  Carlos Sainz takes the reins of free practice 2 and keeps Ferrari ahead

With a self-critical spirit, Evans has assured that «there are still things we can improve and hopefully continue to move forward to take another step forward in Greece. It will most likely be a very hot and tough rally, but we saw last year that the rain can come. We can’t be completely sure about the weather we’re going to encounter.”

Esapekka Lappi will compete again with the team’s third Toyota GR Yaris: «In Greece we will go to a stage quite unknown to me. I did the rally once, in 2014, when it was still a round of the European championship. So half of it was on asphalt, so many things will be new and I will have to discover them».

Despite everything, the Finnish pilot is hopeful: «I hadn’t been to Ypres in eight years either and we finished on the podium. We are going to try something similar in Greece. We had good speed and good feelings on rough gravel sections like the ones in Italy or on the Acropolis. We hope to find this rhythm again in Greece».