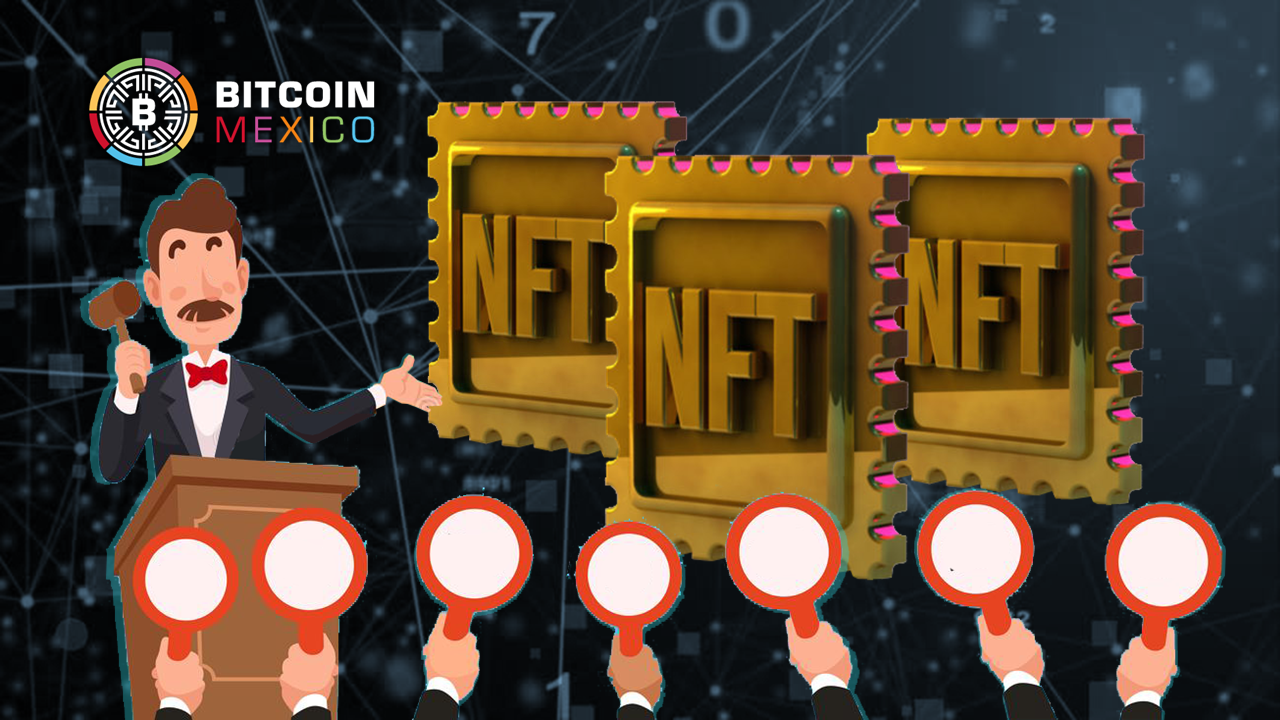 NFTs, or non-fungible tokens, have created a lot of buzz, especially with projects like Bored Ape Yacht Club and CryptoPunks contributing to the ecosystem creatively and financially. However, in addition to that, The NFT ecosystem has grown in prominence as some works have cost millions of US dollars.

For those unaware, a non-fungible token (NFT) is a token issued on a blockchain to represent a unique asset. The word “asset” is key because it can be a piece of art, music, or even real estate.

Now, another of the most common questions is: What gives value to NFTs? The answer is simpler than many might expect: Supply and demand.

The value of an NFT will be related to the artist or who created it, its usefulness or the feeling of the community. Based on these and other factors, some of the most expensive NFTs in the world have sold for millions of US dollars.

Top 10 most expensive NFTs in history

Below is a list from lowest to highest of the most expensive NFTs that have been sold. One thing to keep in mind is that the prices quoted are based on the time of sale.

According to the Larva Labs recordthis NFT was sold on March 11, 2021 for a value of approximately 4,200 ETH, which translated at that time to $7.57 million US dollars, and If you are surprised how much they paid for this NFT, then this is the cheapest of the entire list.

Currently the owner of this CryptoPunk has it for sale for 8889 ETH, that is, $10.4 million dollarsHowever, at the moment, it has not been sold.

Why is it so expensive? Well, this CryptoPunk stands out for having some of the rare features of the collection. One of them is the ‘Alien’ skin, which only owns 0.09% of the entire collection, along with the pipe.

Another from the CryptoPunk collection adds to the list of most expensive NFTs and this one is particularly surprising given that purchased for US$7.7 million in February 2022; this places it in the ninth position on this list.

The image is another CryptoPunk who looks like a monkey wearing a cowboy hat.

It is suspected that this NFT was bought by Robert Leshner, founder of Compound Finance, because, after the sale, he wrote a Tweet that said “Yeehaw”. However, it was not confirmed.

Yes, the eighth most expensive NFT in the world is another CryptoPunk that sold on December 9, 2021 for US$10.26 million.

However, this was not the case with the person who bought the NFT in December 2021. On July 15, 2022, this person transferred the NFT to another wallet and CryptoPunk #4156 was later sold. $3.31 million US dollars that same day.

Curiously, this NFT is the own version of the CryptoPunks in the Tron blockchain.

Read:  The most expensive diseases to treat in Mexico

This will be the only NFT of its kind on the list due to the fact that TPunks don’t usually make huge profits. It really was ehe co-founder of Tron, Justin Sun, who He decided purchase TPunk #3442 for US$10.5 million.

Sun later donated the NFT to a Tron-based project that aims to tokenize works of art.

Another CryptoPunk claims the sixth position of the most expensive NFTs in history and is precisely among the nine rare guys for his ‘Alien’ skin, but, in addition, this Punk has a medical mask that refers to the COVID-19 pandemic. .

Sold on June 10, 2021 for $11.75 million US dollars during an auction called ‘Natively Digital’ by Sotheby’s. In fact, it was bought by Shalom Meckenzie, the largest shareholder in Draftkings.

This CryptoPunk breaks the records of the other NFTs by being the most expensive in the entire collection.

It was sold on February 12, 2022 for US$23.7 million and has since been transferred to a variety of addresses.

Like another of the CryptoPunks NFTs on the list, this one has the ‘Alien’ skin, being one of the rarest attributes in the collection.

It is a hybrid work of art, that is, digital and physical and was designed by the artist Beeple, or Michael Winkelmann.

It is a 3D moving sculpture with four screens and shows an astronaut exploring places at different times. In fact, although Beeple does not own the property rights to the work, he remotely accesses it and updates it regularly.

This work was auctioned at Christie’s in November 2021 for US$25 million.

We almost neared the end of this Top 10 with the NFT called ‘Clock’, a work designed to defend Julian Assange, the Australian publisher and activist who founded WikiLeaks and who published confidential information. In fact, Assange is in prison accused of spying on the United States government.

This NFT was sold in February 2022 for US$52.7 million to a decentralized autonomous organization (DAO) called AssangeDAO. The NFT image is a timer that counts the number of days Assange has been in prison.

The second NFT in this Top 10 was designed by Beeple and is itself a compilation of 5,000 different pieces of art that Beeple made every day starting in 2007.

This NFT was sold in February 2021 for $69.3 million dollars Americans through an auction at Christie’s.

Finally, We arrive at the most expensive NFT in history (at the moment) when it was sold for $91.8 million US dollars.

This is a work of art designed by an artist nicknamed Pak. Curiously, the true identity of the artist is unknown.

The image of ‘The Merge’ is made up of three large white masses that are contained within a black background. And, behind these masses there is an interesting concept: It was a collection of works that people could buy. 28,983 investors purchased 312,689 total mass units.

So the NFT image is made up of three large white masses that are contained in a black background. And, as more investors acquired pieces from the collection, the greater the mass.

Each piece of the NFT started with a unit price of US$575, which increased by US$25 every six hours. In the end, on December 6, 2021 it was sold for US$91.8 million in Nifty Gateway. This also makes it the only piece in the Top 10 to have multiple owners.