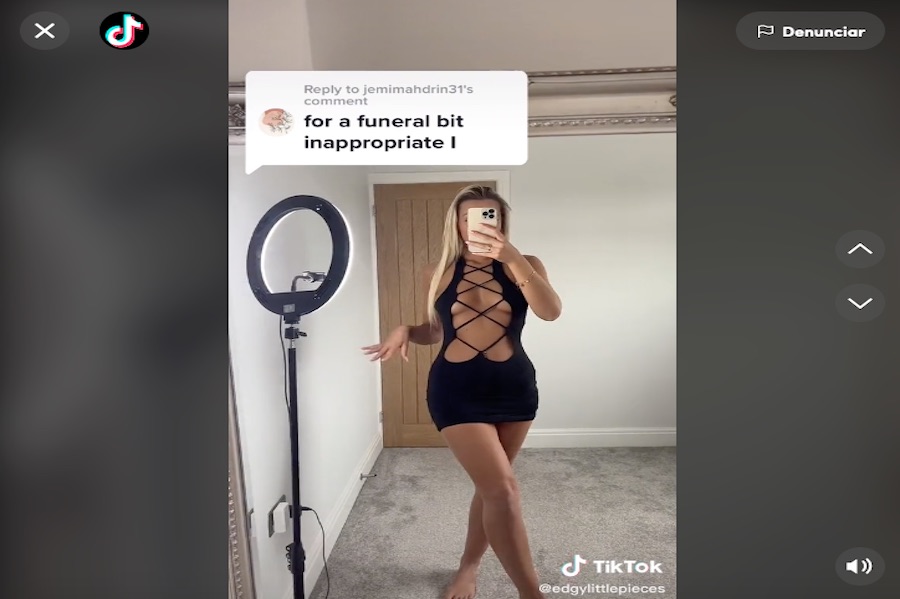 A dress revealing black went from being a proposal of what to wear for a funeralto a garment highly criticized on social networks, by showing its appearance and turning it into an example of how important promotion is in networks, in this case by a tiktoker.

In the study “Digital 2022: Global digital overview”, It is noted that among the reasons that have been identified among network users, why they enter these accounts, 26 percent did so to find a product.

“A survey conducted in the third quarter of 2021 found that nearly half of all respondents said they used social media to keep in touch with friends and family. Filling up free time and reading the news also appeared to be among the top reasons for using social media, with just over 21 percent of respondents reporting using social media platforms to follow celebrities or influencers. In addition, 17.4 percent of Internet users said they used social networks to support and connect with good causes,” he explains. S.Dixonanalyst of Statista.

The account of TikTok “edgylittlepieces” showed the appearance of a black dress for a funeral, an action that highlighted the importance of promoting brands through social networks, especially clothing brands, making the apparel be more relevant than ever in this segment.

Within the video starring the person in charge of edgylittlepiecesshe warns that despite the obvious revealing design of her dress, she is sure that it is an appropriate garment, since it covers the body and contrary to criticism, she considers it appropriate for an event such as a funeral.

“Lots of girls wore this to funerals and messaged us and said they got lots of compliments. It’s super covered, it doesn’t show any cleavage and it’s also super modest,” explained the young entrepreneur, who is wearing the dress to promote it as mourning for funerals.

In response, various users assured that it was a good design of the dress, but because it was revealing for the wearer it was inappropriate, while others assured that there was no opportunity to wear this garment under any circumstances.

Like @edgylittlepieces, other social media users like @luzvaldezmx have leveraged their social media and influence on TikTokto promote clothing, in the case of the Mexican, those made by Mexican artisans, a fact that has given it enormous popularity, adding about 357 thousand followers.

These stories prove how important fashion brand communication is through social networks and the sales opportunity found by the apparelwith activities where the role of social networks is fundamental.