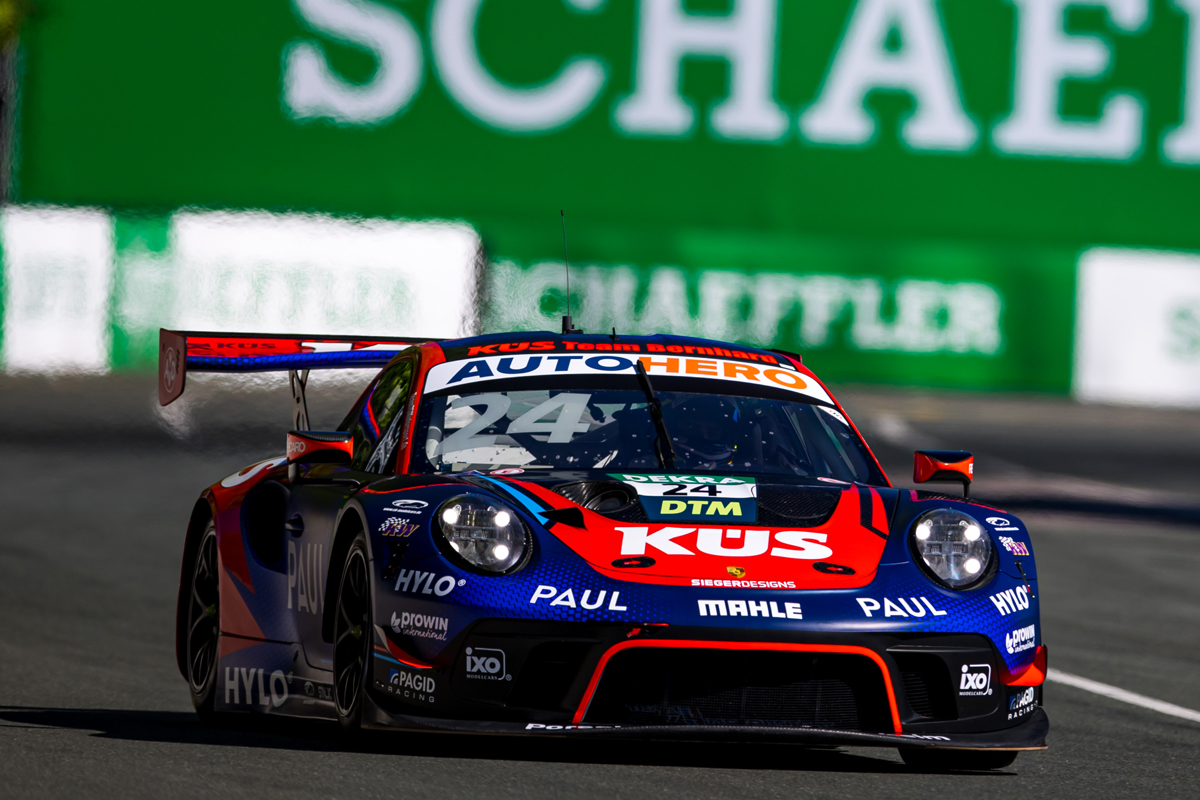 Porsche already knows what it’s like to win in the DTM. In a crazy, chaotic and even embarrassing race due to the maneuvers of some pilots, Thomas Preining has achieved victory ahead of Dennis Olsen and René Rast. Of the 27 riders who started the race, only 11 have seen the finish line after a first round at the Norisring that has had three Safety Cars, a ‘Full Course Yellow’ period and more incidents than necessary and expected. The series tightens with the podium of René Rast.

Kelvin Van der Linde managed to cross the first corner in the lead ahead of Thomas Preining and Ayhancan Güven, all of them oblivious to the ‘mele’ that was produced behindyes Franck Perera touched Arjun Maini, forming a veritable pile of cars that touched each other or had to stop so as not to hit the rest. Dennis Olsen took advantage of the situation by placing sixth, just behind Lucas Auer and René Rast. The leader Sheldon Van der Linde, Nico Müller, Marco Wittmann, Maximilian Buhk and David Schumacher, as well as Arjun Maini himself, were out of the race.

The Safety Car made an appearance. at the exit, Thomas Preining managed to overtake Kelvin Van der Linde that in the original start he could not achieve after slightly overbraking. René Rast also gained ground and placed third, followed by Dennis Olsen after both beat Ayhancan Guvën. Behind, Mirko Bortolotti moved up to fourteenth after gaining several positions on the restart and overtaking Marius Zug next. With everything, the incidents did not allow to take flight to the race.

Alessio Deledda hit Esteban Muth hard, who in turn got ahead of Franck Perera in the first corner. A period of ‘Full Course Yellow’ was established that gave rise to the entire grid to make its mandatory pit stop. Nevertheless, Kelvin Van der Linde’s stop was not the best and René Rast returned to the track as the new leader ahead of Thomas Preining, even if his save was even worse than Van der Linde’s. Corrected the pit problem on the Preining start when overtaking René Rast. For his part, Dennis Olsen was placed third.

History was repeating itself, in an infinite loop. Mirko Bortolotti played Maro Engel’s #88 Mercedes and the German’s GT3 violently hit the barriers, causing the appearance of the Safety Car. And without exception, at the exit there were several incidents again. Thomas Preining retained the lead ahead of a Dennis Olsen who managed to overtake René Rast, contact between the two included. Ayhancan Güven hit Lucas Auer with some violencewhile Mirko Bortolotti pushed Kelvin Van der Linde. The third Safety Car was a reality and the new highlight, finally calm, returned René Rast to second place.

Given the background, the tranquility with which the last 15 minutes passed became strange. In any case, Thomas Preining secured Porsche’s first win in the GT3 era of the DTM. Dennis Olsen completed the double for the Stuttgart firm, while René Rast finished third, a podium that puts him squarely in the fight for the title. Laurens Vanthoor and Philipp Eng were in charge of completing the ‘top 5’ ahead of Maximilian Götz and Luca Stolz. Ricardo Feller, Mikaël Grenier, Clemens Schmid and Marius Zug also managed to see the finish line, the latter being the only driver without points.

Results classification 1 of the DTM 2022 in Norisring