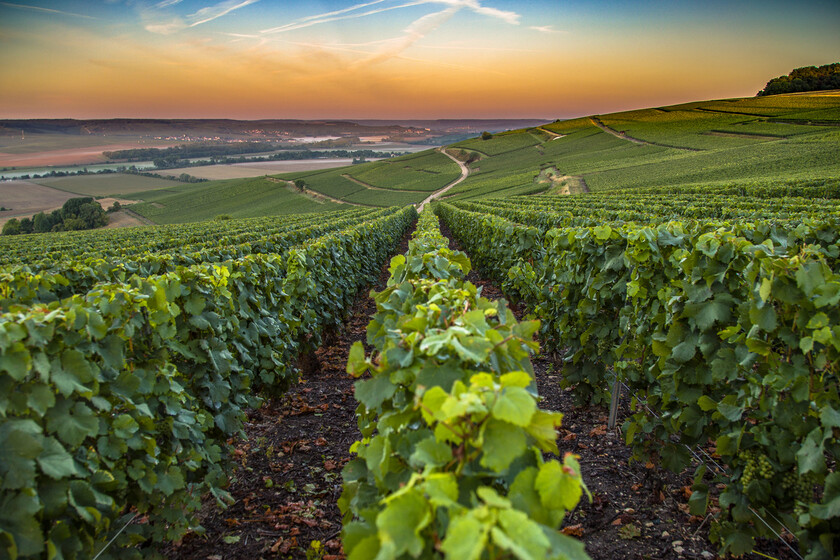 This week the harvest begins in the French region of Champagne, where the famous sparkling wine of the same name is made, and the wineries are clear that much less grapes will be collected than in past years.

Specifically, according to the Champagne Committee – the interprofessional body that regulates the designation of origin – production could fall by up to 60%.

The cause? Extreme meteorological phenomena, associated with climate change, that have hit the region during the year.

In April, the vineyards endured a frost that caused a widespread damage to green shoots, which affected the embryonic flower clusters under these, the source of future grapes. The frost was followed by a rainy season, with elevated temperatures, which lasted all spring and into early summer – ideal conditions for mold spread on vines, causing a drop in yield. As if this were not enough, at the end of summer hail fell in some 500 hectares of vineyards, which ended with 100% of the harvest in at least half of this area.

While waiting for the harvest to be counted, the farmers calculate since harvest will decrease by around 60% compared to last year. In total, it is expected to collect about 7,000 kg per hectare. To find such a low figure you have to go back to 1981.

It should be noted that champagne is a wine that can cope with poor harvests with enough solvency. Except for some special wines, known as millionth, in which grapes of a single specific year are used, Champagne is usually made by mixing vintages.

Read:  Snofokk SL is the Rubius company, do you know how much it invoices per year?

That is why, as explained in The Drink Business, it is not expected that the amount of champagne produced will be particularly affected, since they can be used for the coupage the extensive stocks of wine in reserve from other vintages.

The problem is that these extreme weather events – which until now were, logically, exceptional – become frequent as global warming increases. If all the years are like this, or worse, there will be no reserves that manage to maintain the production levels to what we were used to.

“How are you friend?”; Domino’s delivery man writes to a consumer on WhatsApp and they display it on Twitter

Mix Pokémon with Marvel in the best possible way