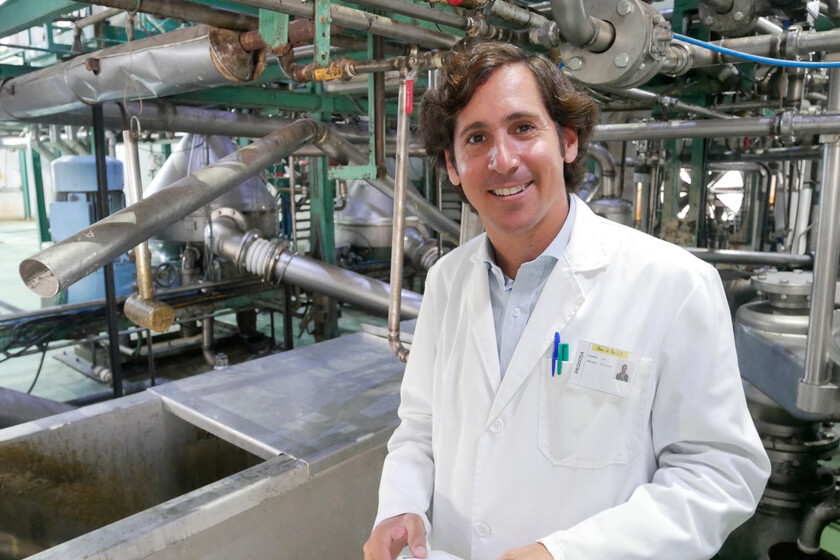 Although the percentages may vary depending on the season or varieties, on average, only 20% of the matter that is extracted from an olive is olive oil. Of this, being generous, 50% can be classified as “virgin” or “extra virgin” olive oil. The rest, known as “Lampante oil”It is not suitable for consumption and must be refined to be put on sale.

In total, therefore, of everything that an olive grove produces only 10% is “virgin” oil: the olive juice extracted, exclusively, with mechanical procedures and that complies with certain organoleptic and nutritional qualities. What happens to the remaining 90%? Where does it end up?

There is a extraction and refining industry that processes the vast majority of the olive that is not virgin oil, without which the olive sector would not be profitable or sustainable. An industry that, in recent years, seeks to get out of ostracism, promoting some products that, beyond virgin olive oil, may be attractive to a consumer who turned his back on them.

We all know the refined olive oils, “Intense” or “soft”, which is easy to find in any supermarket. These are oils made after refining lampante oil, in an industrial process that removes all the acidity, impurities, colors and undesirable odors present. Behind this, are mixed with virgin olive oil in different percentages (hence their level of intensity) and are put up for sale.

But there is a third oil that the olive industry has traditionally produced, which has better nutritional values ​​than refined oils, is the same or cheaper (with prices almost on a par with sunflower oil), and is the best option according to various studies scientists for applications such as frying. Its about olive pomace oil. And just over two decades ago it completely disappeared from supermarkets.

The resurgence of olive pomace oil

June 2001. The Spanish commercial office in Prague (Czech Republic) reports the stoppage of a consignment of Spanish pomace olive oil, incorrectly labeled, due to the presence of a toxic substance, the alphabenzopyrene, which was above the permitted thresholds.

On July 3, the Minister of Health, Celia villalobos, decides to completely withdraw the olive-pomace oil from the Spanish market. A few days later, the minister assured that he preferred “the ruin of 40 to 40 million dying”. In fact, more than 40 people lived on olive pomace. And nobody died.

More than five years later, in July 2007, the Supreme court declared “unjustified and disproportionate” the seizure by Health of 30,000 tons of pomace. The sentence ensured that the oil was safe and complied with the regulations.

The industry received large compensation, but never recovered. After the crisis, and after the olive-pomace oil disappeared almost a month from the shelves, nobody wanted it. Sales in Spain of 70,000 tons before the crisis went to zero. Twenty years later, only 10,000 tons are sold internally. The rest, which is produced at a much higher rate, is destined for importation.

“He forced us to pack and export everything at a better price ”, he acknowledges Jaime Osta Gallego (in the opening photo), vice president of the Olive Pomace Oil Interprofessional (ORIVA) and manager of Migasa, one of the largest refineries in Spain, which produces brands such as La Masía or Ybarra. 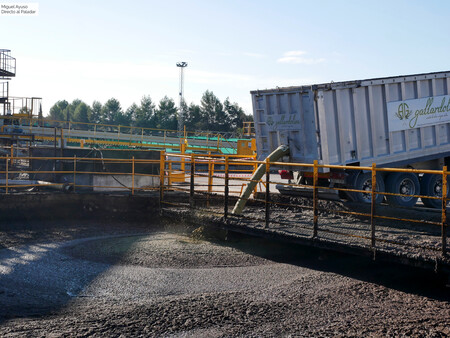 At harvest time, trucks full of alperujo parade without pause through the extraction plant.

A leading industry in sustainability

Osta insists that without extractors and refiners the oil mills would not know what to do with all that is left over after grinding the olives. This substance, known as alperujo or wet fatty pomace, is an amalgam of bones, water and organic matter that, if not completely processed, it would be hugely polluting.

It’s 10 in the morning at the extractive center that the Sacyr Group has in Puente Genil (Córdoba) and several trucks unload the alperujo in a big raft. The olive harvest season has just started and the center is already at full capacity. Trucks and lorries will arrive daily until February to get rid of all the olive remains that the oil mills cannot process. 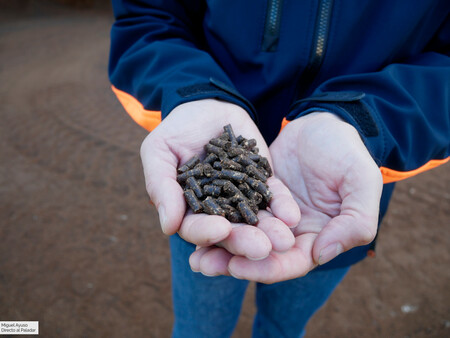 After separating the moisture and the stone from the alperujo, the so-called “dry fatty pomace” is obtained, which is compacted in the form of a pellet, to facilitate the extraction of the oil through a process in which an organic solvent separates the fat from the rest of the components.

In Spain there are 49 extraction centers –Located, of course, in olive growing areas– where the alperujo is processed, in a technologically very advanced process that separates everything that is usable in it. That is not little.

On the one hand the bone is separated and what is known as olive pomace, two excellent biomass, that are increasingly in demand to power boilers and power plants. On the other hand, thanks to a complex drying and extraction process, the olive pomace oil: an oil from the same olive that, even after being refined, has nutritional characteristics that its producers insist on putting on the table. 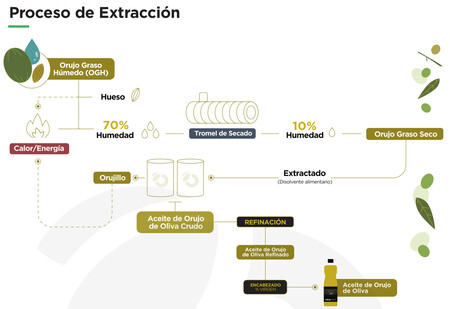 An ideal oil for frying

Almost since its foundation, ORIVA has promoted research on the olive pomace oil, financing various studies carried out by the Instituto de la Grasa de Sevilla, a center of the Higher Council for Scientific Research (CSIC).

Olive-pomace oil has a 80% monounsaturated fatty acids, predominantly oleic acid, at levels indistinguishable from those of extra virgin olive oil. But, although it does not stand out for its organoleptic characteristics (which depend on the virgin oil with which it is mixed after refining), it has some interesting compounds at higher levels than virgin oil.

Specifically, according to the research carried out by the researcher Maria Victoria Ruiz Mendez –One of the world’s leading experts in olive oil-, pomace oil is more resistant to high temperatures than the rest of olive oils (it does not reach the smoke point until 230ºC) and it can be used more than twice as many times as seed oils, such as sunflower, without generating undesirable compounds. Frying is still not the healthiest cooking method, but it is more so with olive-pomace oil than with other oils. 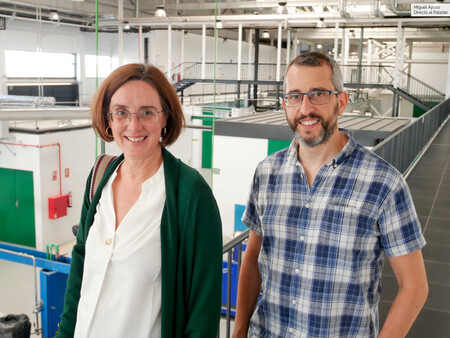 Coming from the olive, the pomace oil is healthier than any seed oil, but it is also better than the refined olive oils, despite being cheaper.

As the nutritionist explains Javier S. Perona, a researcher like Ruiz from the Fat Institute, refining does not affect the composition of fatty acids, but it does cause the loss of some minor components of interest, such as polyphenols. Pomace oil is also refined, but from very high concentrations of some components (such as estroles, triterpenes or fatty alcohols) it loses them to a lesser extent.

In short, olive pomace oil is an interesting option for cooking, for those who are able to find it in supermarkets. 83% of production is still destined for the foreign market and, although almost all the large oil companies produce pomace oil under their brand, they see them and they want them to find a hole in the shelves Spanish people.

“We just want them to leave us a little hole in the supermarkets,” concludes Osta. “Without us, olive oil could not exist.”

Mattel recovers the licenses of Disney princesses and the Frozen franchise

more problems for Edurne and Julián in the Movistar Plus comedy, with the premiere just around the corner

save 15% on this POCO from Xiaomi