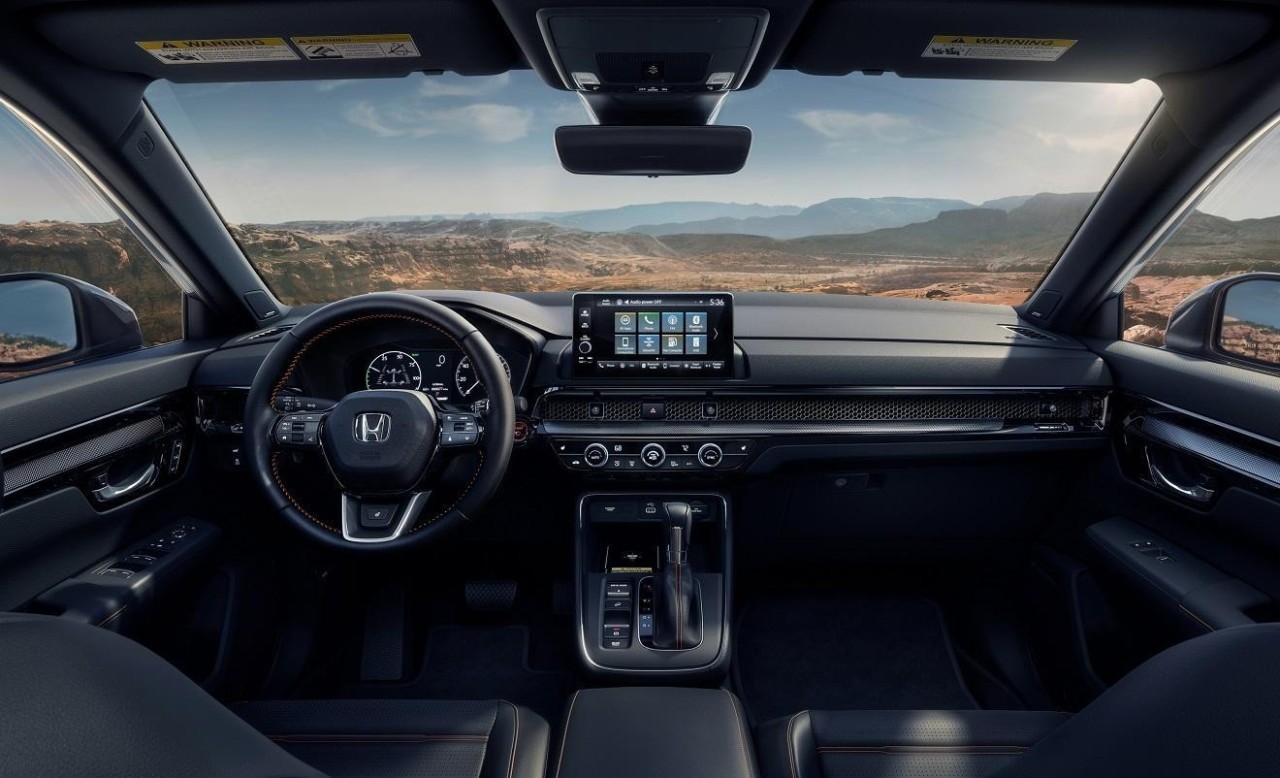 By installments, the new 2023 Honda CR-V is being revealed almost completely before a presentation that is on the way to being unnecessary. Now, it has been the turn of the preview of the interior and not just a detail, but the entire dashboard. An important step forward experienced by the new generation of the Japanese SUV.

Leaked in China and from the patent registry of the United States, the European division of Honda keeps absolute secrecy before the revelation that it is witnessing by the brand in the United States. Although this is the one in charge of revealing the CR-V 2023in practically two previews has fully revealed this new model.

The front and rear of the new generation Honda CR-V have already been clearly seen, and now it’s the turn of the interior. It has already been demonstrated and confirmed that the new SUV will be a revolution on the outside, but on the inside also, compared to the model still on sale. The new advance shows a new invoice dashboard but it is not absolutely new as it is the same as that of the new generation Honda Civic and which is expected to be launched on the European market next fall. Despite this, the interior atmosphere exudes a more enveloping and modern style, with a 10.2-inch digital instrument cluster.

The touch screen of the multimedia system is erected on the center console, with 9 inches, while the air conditioning system extends transversely at a lower level. The module has its own controls, something highly demanded in these times when technology dominates almost all of the comfort systems and that are integrated into the screen menu. In the case of the Honda, it keeps the same new chrome knobs as the new compact.

Read:  The technological formula that takes Cemex to the cloud

The same knob design is also used to regulate the volume of the radio and multimedia system, combining with some classic buttons for more essential functions. Although the similarity is evident, Honda provides a touch of distinction in the door panels and in the transmission tunnel, with a classic selector lever for the automatic transmission in the SUV and with buttons in the case of the compact.

A significant detail, as it will confirm that the new Honda CR-V that will arrive in the United States will have traditional combustion mechanicsan offer that will not be available in Europe, since it is only expected with a plug-in hybrid and e:HEV technology in spring 2023. And in this case, the transmission tunnel must follow the same steps as the new Honda Civic, with a cleaner tunnel and with buttons to select the change modes.

Nissan Juke Hybrid prices, all the details of the range of the new hybrid SUV

Armando Torrado arrives at the management of the company

Battlefield 2042 is updated with several changes