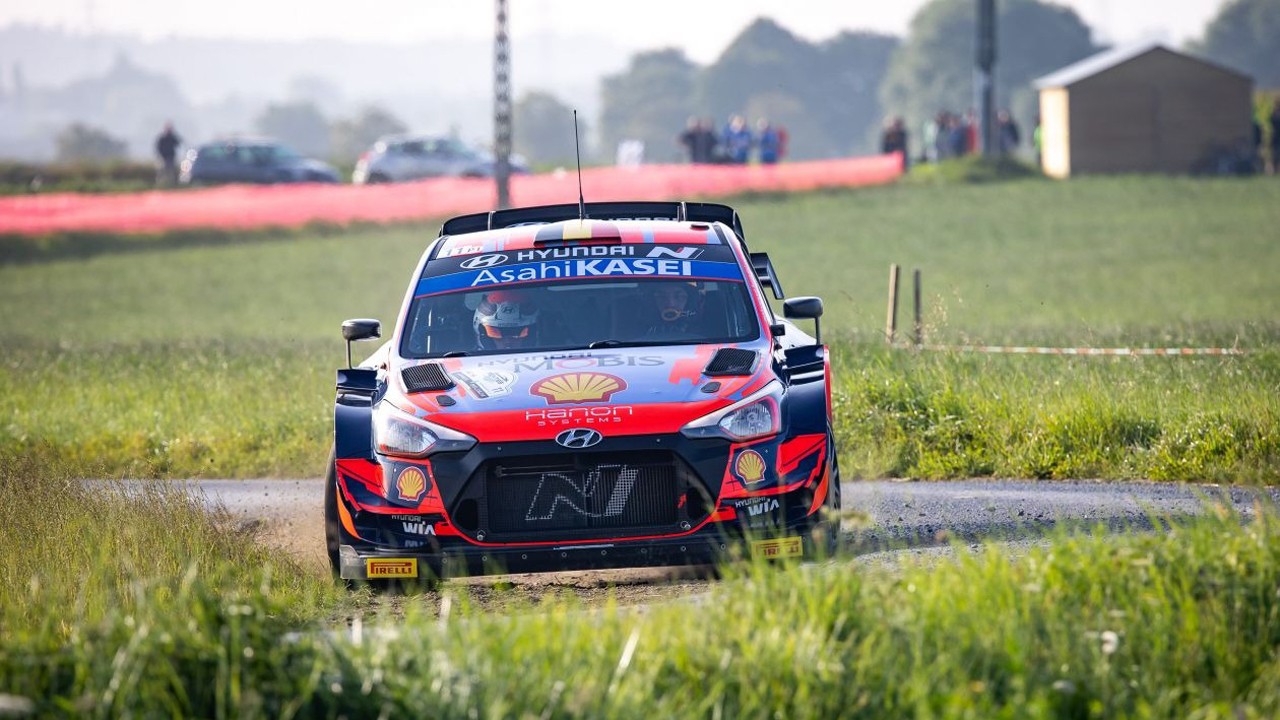 Hyundai Motorsport knows that the Ypres Rally is an all or nothing. The fight for the drivers ‘and constructors’ title of the WRC is too inclined towards Toyota’s side, a situation that the South Korean firm can only reverse with a great result on the Belgian asphalt sections. And for the moment, the performance of its pilots cannot be better. Thierry Neuville leads at home after the first four stages of the Ypres RallyAlthough Craig Breen has become a tough opponent to crack. For its part, Ott Tänak closes Hyundai’s treble in a first loop in which M-Sport has lost both of its cars.

With a heterogeneous mount in which the Pirelli tires of the hard compound have been the preferred optionExcept for Sébastien Ogier, the opening stages of the Ypres Rally have left a clear dominance for Hyundai. Ott Tänak was in charge of sealing this situation in the first place with his scratch in SS1, although the Estonian could not resist the push of his two teammates after skipping a crossing. Craig Breen set the best time in SS2 to position himself as provisional leader of the event. The Irishman repeated scratch in the SS3, although with Thierry Neuville very close and without giving up almost time with Breen.

By then, Hyundai’s rivals had already suffered the first ups and downs. Without going any further, the leader Sébastien Ogier had a puncture that made him lose 12.2 seconds in the SS3. All in all, the worst part was for M-Sport, since Adrien Fourmaux suffered a severe accident in the third stage after losing control of the car in a very dirty left-hand corner. With almost no time to recover from this scare, the team also lost its other World Rally Car. The British Gus Greensmith had a track start as soon as he started the SS4.

A fourth stage in which Thierry Neuville achieved his first scratchenough to take the lead in the Ypres Rally. After the first loop, Neuville is four tenths ahead of Craig Breen, the only rider who has kept pace with the local hero. In fact, Ott Tänak is already 16.4 seconds behind the leader, partly due to the aforementioned error in a crossing and partly due to the loss of confidence. All in all, the Estonian remains eight tenths ahead of Elfyn Evans, Toyota’s best driver in a scenario in which Kalle Rovanperä is in fifth place and Sébastien Ogier in sixth place. For its part, Takamoto Katsuta is seventh.

Although Pierre-Louis Loubet occupies the eighth position, the loss of the Ford Fiesta WRC has opened the doors of the ‘top 10’ to the best ‘Rally2’. Within this scenario, Teemu Suninen ranked ninth as the WRC2 category leader. The M-Sport driver is the only reason to smile within the Cumbrian coach after being at the forefront of the silver category 22.7 seconds ahead of Oliver Solberg. Jari Huttunen completes the provisional podium with the second of the Hyundai i20 N Rally2. At the moment, the debut of the new car of the brand is being somewhat gray.

For its part, Yohan Rossel is ranked 10th overall as the WRC3 category leader. The French rider maintains a 13.4-second lead over Sébastien Bedoret. For his part, fellow local driver Vincent Verschueren occupies third place in a class in which local drivers are the majority, among other things because Pepe López has finally chosen to ‘skip’ this test within his program. Finally, Jon Armstrong is the first JWRC category leader after a meteoric rally start in which he surpassed Robert Virves by 33.7 seconds.

Classification after SS4 of the 56th Ypres Rally

The Ypres Rally continues this Friday (18:15) with the celebration of the last four sections of the first stage. Drivers and co-drivers will compete 67.67 kilometers against the clock.