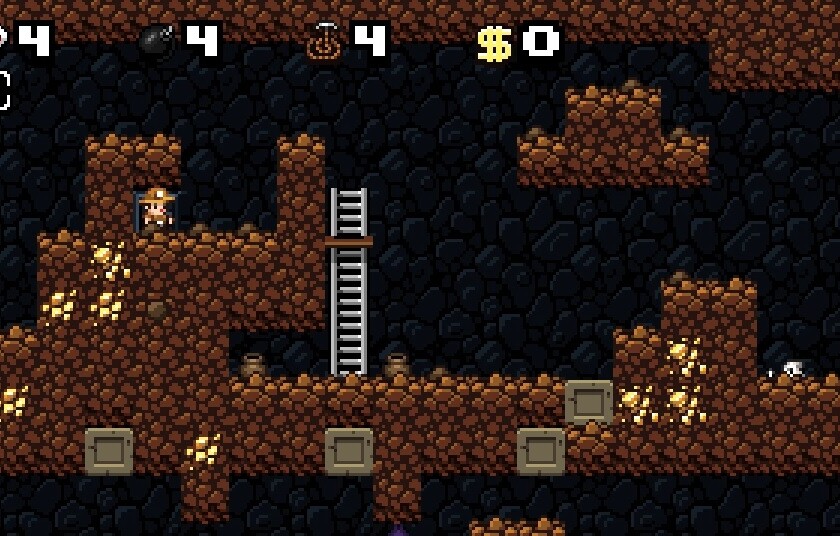 The speedruns community always takes the various rules of the games very seriously so that the times that are established are legitimate without cheating. When there are suspicions of a situation of this type, it is a question of finding out when something has been breached in order to only leave the times that are really legal as official.

For eight years that is what has happened with the Spelunky original, as a speedrunner named BarryMode managed to get the world record with a time of 2:30 minutes. The user in question was unknown to the community and it was somewhat surprising given that this was the only speedrun he did and he did not try to beat his time again.

Since then, not a few experts in the game have tried to overcome that time without success. Thus, throughout almost a decade in which it has not been until now that the reason why nobody achieved a new record has been discovered, since it turns out that the game recorded by BarryMode it was a fraud and he had cheated.

It was precisely the fact that he was not a well-known speedrunner and that he was not seen as active in the community that raised so much suspicion and that such a thorough investigation was carried out. It is there where we have the following video detailing exactly everything that has happened.

As we can see, someone noticed that in the game of BarryMode a part of the stage was missing in the transition sequence when going from one level to another. XanaGear, the person responsible for the video in question, indicates that he could not explain why that happened, but it was a compelling reason to try to find out, since it is normal that that absent block is always present when playing naturally.

Another detail that raised too many doubts is that BarryMode I always chose the right way to go through phases, which was strange because in games like Spelunky everything is randomly generated and no two games are ever the same, so it is impossible to know for sure which is the best route.

Read:  How to create Teleportation Portals and travel between zones in Valheim

That’s when a fan of Spelunky revealed the existence of a mod that allows you to play the same levels over and over again, causing the randomness to be eliminated and the game can always be refined to make it perfect. The thing is the mod in question deletes the missing piece of scenery on the aforementioned screens, so there was already enough evidence to catch him red-handed.

Given these facts, BarryMode has declared to the Waypoint portal that it deeply regrets what happened, publicly acknowledging that he did indeed cheatHence, he has deleted the video of his departure and is therefore no longer the world record holder.

After apologizing I have had a few conversations with different speedrunners from Spelunky. I figured they wanted me to delete the video, so I did. I don’t want any hard feelings to continue. Although it seems like a stupid thing that I did a long time ago in the past, it is something new to them, so I wanted to be respectful of it and honor their wishes.

By eliminating the false world record, it is the Grooomp speedrunner that can now claim to be number one with a time of 2:40 minutes. Until Derek Yu, the designer of Spelunky, it has been wanted to pronounce before this situation:

This is definitely the biggest cheat situation I’ve heard of in the Spelunky speedrun community. It’s actually the only one I’m aware of. As a creator, it definitely means a lot to me that people are spending their time learning how to speedruns Spelunky. They deserve the proper credits for being the first to do something in the game. Those achievements are part of the game’s history!

EVGA does not solve the problem in their NVIDIA RTX 30, will your GPU die?