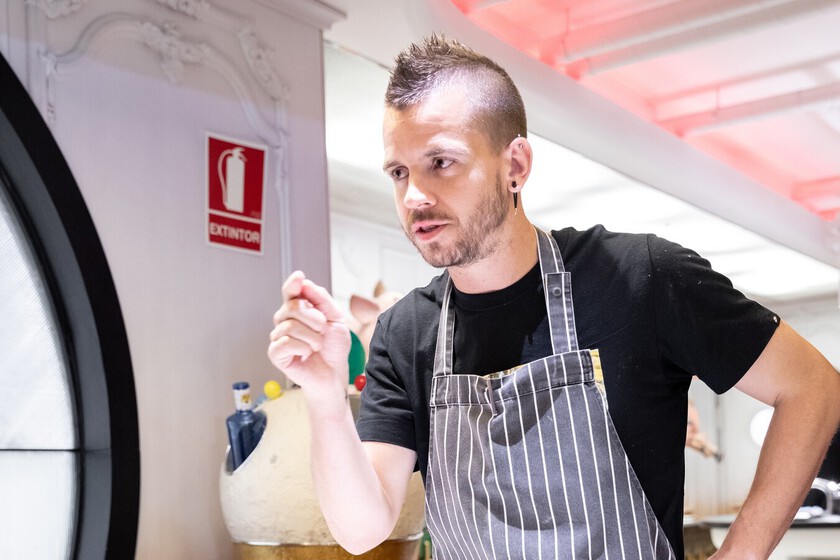 365 euros, like 365 days a year. This is how the DiverXo menu will cost from 2022, the three Michelin star restaurant that he runs and runs Dabiz Muñoz. The news, published a couple of days ago, is not only in the increase, but in the reasons for the increase.

According to the chef from Madrid, explaining the reasons to Cadena Ser, the rise in the price of the menu had to do with “having rational schedules, be sustainable … and it comes at a cost“.

In the month of January 2022, a menu in DiverXo will cost 365 euros, compared to the 250 it costs today, and which is currently in a similar range to the rest of three Michelin stars in Spain (11 restaurants in total).

However, DiverXo’s menu is not going to become the most expensive in Spain because there is still one light years away: that of the Ibizan restaurant Sublimotion, advised by Paco Roncero, which offers a light show, live performance, color and food for nothing negligible amount of 1,500 euros (plus VAT) per person.

Surely, analyzed in detail, the menus are not comparable for what they offer one and the other, but at the ticket level, Sublimotion gives you several turns of the screw to the menu that Dabiz Muñoz intends to establish in DiverXo starting next year.

What is certain is that the prices of Muñoz’s menus have been going up in the last decade, from the 100 euros that were paid for the Extenxo menu (in 2012, the year before the three Michelin stars) up to the 225 euros of the menu El Xef y su Loca Bacanal, which was paid in 2017.

The space has also changed, the number of staff needed, the raw materials, the dishes, the number of dishes and many ingredients, reasons that the chef from Madrid can wield also to justify the change.

What is certain is that in 2022 DiverXo will become the most expensive Michelin star in our country, surpassing with some ease -today- Martín Berasategui, who today serves a tasting of 290 euros.

To this day, Martín Berasategui’s menu at the homonymous restaurant is the most expensive in Spain (290 euros).

More affordable are the proposals by the Roca brothers in El Celler de Can Roca, by Ángel León, by Juan Mari Arzak, by Pedro Subijana in Akelarre, by Eneko Atxa in Azurmendi, by Paolo Casagrande in Lasarte, by Quique Dacosta in Dénia, by Jesús Sánchez in El Cenador of Amós (Cantabria) or Jordi Cruz in the Barcelona ABaC.

This is how the price list of the three Spanish Michelin stars to this day, which does not mean that the ban opened by Dabiz Muñoz is not followed.

As we can see, no long tasting menu of the three Spanish Michelin stars low of 200 euros, although the strip is wide between one and the other. Some restaurants also offer short menu or tasting menus at a more affordable price, but the long ones have this price. Always insisting that we talk about a menu without pairing.

A ratio that some restaurants that are currently in the two stars they also outgrow it or flirt with it. This is the case of the two stars from Madrid, Coque, which is at 240 euros; 195 euros for Cocina Hermanos Torres or 200 euros per person from Cáceres Atrio, also with another pair of Michelin stars.