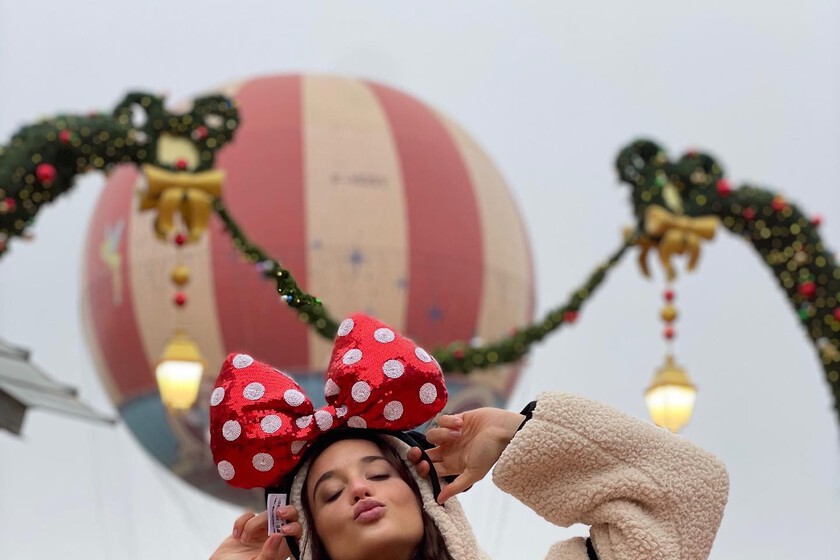 The first time my goddaughter visited Disneyland Paris, they took a photo of her in which her face was the purest expression of illusion. And it is that Disney is one of those places where magic is palpable, and it is the ideal getaway to go with family, friends or as a couple, especially this year that celebrates its 30th anniversary.

But being totally honest, it is a trip that can be very expensive, unless we pay attention to the indications of the travelers who visit it more than they know all the tricks to save money.

The basic tricks to save on the trip to Disneyland Paris

The first thing is planning in advance, because last minute trips are not usually as compatible with the concept of “cheap” as it may seem. if we want travel on a budget it is essential to be flexible with the dates, travel in low season and book in advance.

If we talk about Disneyland Paris, its low season runs from mid-January to mid-March or April, and if we avoid the weekends and book from Tuesday to Thursday, we will also save money (and time in the queues because there will be less people).

By planning ahead we can save money on flights. For example, a direct flight Madrid-Paris from Monday 3 to Thursday 6 October, would have a price from 42 euros. On the other hand, if we fly in June, from Monday to Thursday, the price goes up to 142 euros.

The same happens with hotels, where in addition to advance notice, we will save if we move away from Disney hotels and look for some in the surroundings. What we find nearby are mostly apartments like this one, 123home-Le park side with capacity for five people that is priced at 420 euros for dates in June and of 330 euros on the dates that we mentioned in October.

Apartment 123home-Le park side with capacity for five people. Stay from June 27 to 30.

Apartment 123home-Le park side with capacity for five people. Stay from October 3 to 6.

Going to an apartment will allow us to save money on meals. We can save breakfast and make it at home, and carry a backpack with sandwiches for lunch. And being close to the park, numerous buses leave for the park with which we will also save the parkingwhich is only free for guests of the park and costs 30 euros per day.

The five expert tricks to save money inside Disneyland Paris

Ok, now that we have saved on the tickets, the hotel and the flights, it’s time save inside the park and there are five expert tricks with which euro to euro you will save a good bit.

Read:  With post the municipality of Nuevo León proposes to shave to save water

Bring bottles of water. In the park there are many fountains and take a reusable bottle like the ones you use when you play sports, it is a perfect option to save money buying drinks. You can even take one thermal backpack to get some refreshment. Although yes, do not go overfilling it because you are going to carry it with you all day and it can be exhausting.

Take the annual pass if you visit the park for more than three days. You’ll save money (a lot) if you visit more days and it gives you access to both Disneyland Paris parks. There are different types of annual pass, but they have a price from 150 euros. If instead you go fewer days, the best is an individual ticket.

The best merchandise out of the park. There will be so many things that you want to buy when you are in the park, that it is inevitable that you will not want to get one. minnie mouse headband or one mickey mouse sweatshirt, but the vast majority of what you see inside the park, you will have it in the Disney stores that are outside and much cheaper. Don’t let the longing live on you, especially if you go for several days and you can look for those details outside.

Shop at the outlet. In Disney Village there is a store, next to the Lego Store where products from other seasons are sold and discounted, with which we can save a little. And in case you didn’t know, there is an outlet center ten minutes from Disney called “La Vallee Village Chic Outlet”where you can buy everything if you want more.

Notebook and house costumes. This trick is especially practical if you go with children, since the most normal thing is that they dress up as their favorite characters. Bring the costumes from home and avoid the expense there (they are much more expensive in the shops in the park). And something simple that you may have overlooked: take a notebook and a pen. The little ones will want an autograph of their favorite characters and the notebooks there will seem like a millionaire when here they don’t even reach 9 euros and they are also from disneyland paris.