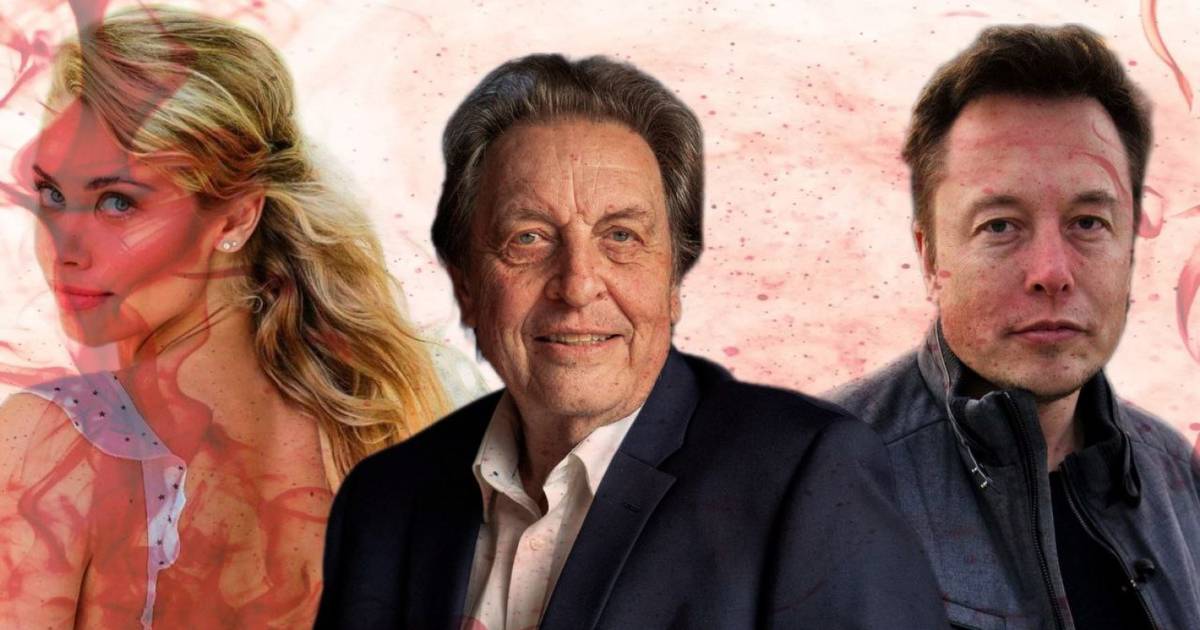 Errol Musk is known for being the father of Elon Musk, although his fame is not only reduced to that. He is a controversial character, much more than his boy, who has starred in several lurid events, including having children with his stepdaughter. But there is always room for more: “good” Errol recently told how he killed three intruders.

In an interview with The Sun, the South African mining businessman revealed that it was in self-defense, in the late 1990s. Errol was with his daughter Ali, then 6, at their home in Johannesburg.

They lived at the time, specifically in 1998, in a rental property, in the exclusive financial district of Sandton, when Errol saw how a group of people, seven in all, had entered the place.

Index hide
1 The shooting in which Errol Musk, father of Elon, was
2 Ali Musk: “My dad won”
3 Elon Musk: “My father is a terrible human being”

The shooting in which Errol Musk, father of Elon, was

The thieves opened fire when they saw Errol, but none of them hit. “As soon as they saw me, they started shooting at me,” the billionaire said.

This ran into the master bedroom and took his .357 Magnum with hollow bullets.

“I killed three. A bullet went through two of them. The first guy I blew his head off, the police found him with the top of his head missing,” Errol Musk told The Sun.

“(I) was using hollow point ammo, so the round broke and the shrapnel hit the guy behind him in the chest. They ran as soon as I fired my first shot.”

According to Errol Musk’s story, only one of the intruders remained and slipped down the hall, while the others fled. That was when the tycoon killed the last of the aggressors.

Read:  this was the first bipedal armored dinosaur in South America, the size of a dog – FayerWayer

“We both fired at the same time. I hit him in the groin and I thought he hit me. I looked down to see where I was shot.”

Elon Musk’s father says he was saved by standing behind a partially open vinyl retractable door. He would then find a 9mm bullet embedded in the one inch wide aluminum stud of the frame.

“The bullet hit right in the center; otherwise it would have hit me square in the chest.”

And what had happened to his daughter, Ali? The little girl was in the bathroom when the intruders arrived. Later Errol would realize that she was by her side during most of the shooting.

“She was by my side throughout the whole thing. She clung to me like a monkey, but he remained silent throughout the affair. She didn’t scream or cry.”

Then he took her to a psychologist, to see if she had consequences of the fact. But Ali replied that she felt fine, “Because his dad won.”

The tycoon received charges of involuntary manslaughter for the incident, but ended up acquitted because he acted in self-defense.

Elon Musk: “My father is a terrible human being”

Elon Musk never had a good relationship with his father, Errol. Maye Musk and her three children emigrated to Canada after asking for a divorce from the billionaire, for ill-treatment.

Musk, head of Tesla and SpaceX, among other companies, once defined it as a “terrible human being” adding: “Just about every bad thing you could think of, he’s done.”