The seven white riders of ALL1: heading to the Dakar by Álex Llibre 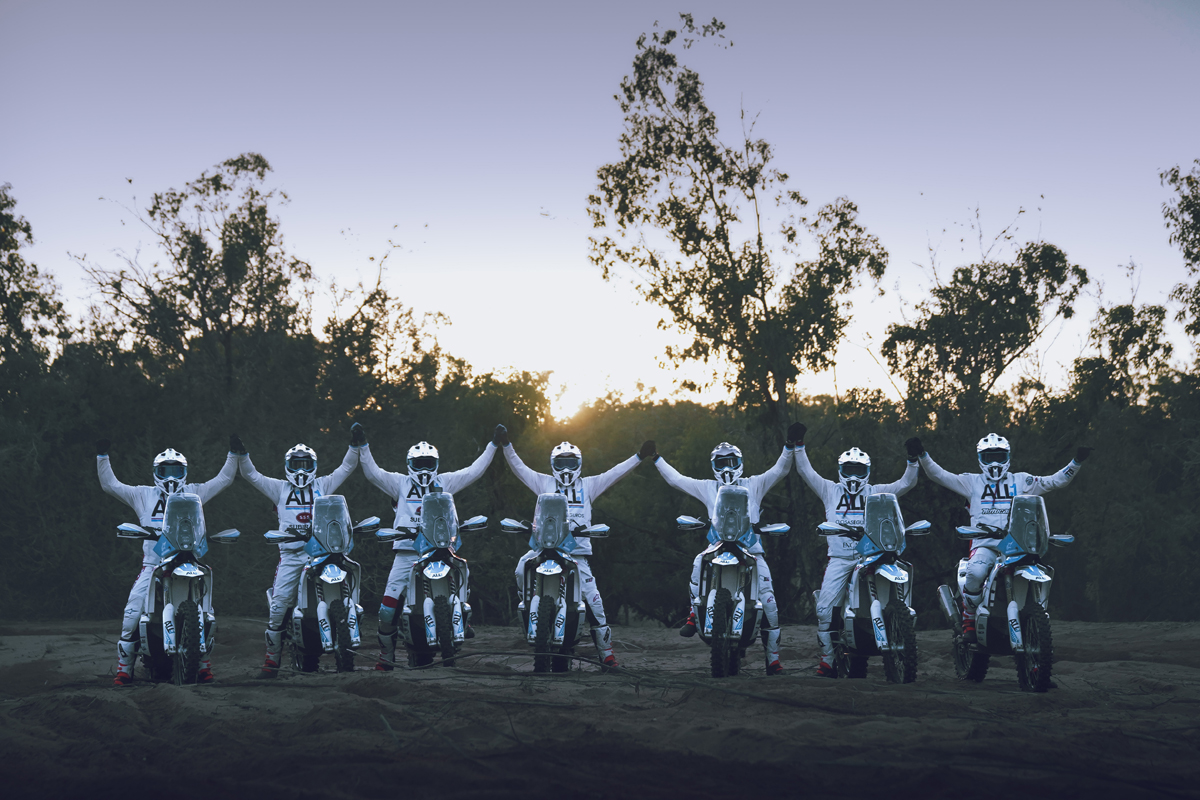 The ALL1 team aspires to become the amateur structure that has ever competed in the Dakar. The goal is to do it in 2024 and the first stop of this inspiring project is the Morocco Rally. Behind, a story that does not leave indifferent.

Perhaps the name of ALL1 may ring a bell. If you participate or are a follower of sporting events such as marathons or half marathons and tests such as the Titan Desert, surely this Catalan team may be familiar to you. Nevertheless, the story behind its creation may be less well known, although it is no less enriching and inspiring for that. To know its origin, you have to go back to 2017.

Álex Llibre was a young Catalan sports lover who lost his life in a motorcycle accident at the age of 26. However, his death transformed the existence of his family, friends and acquaintances. His twin brother Carlos discovered a list with ‘101 things to do before you die’a finding that was a turning point and that led him to set the goal of Fulfill Álex’s vital dreamseven if it was posthumously.

From the objective of Carlos Llibre to honor his brother ALL1 was born, a structure to which different athletes have been added, including some who did not get to know Álex in life. They all share a love for sport, a way of understanding life in which you have to pursue your dreams and the spirit of fulfilling Álex’s dreams. With this in mind they have achieved great successes in marathons, triathlons and tests of high physical demand.

Although many of Álex Llibre’s vital aspirations have already been fulfilled, ALL1 now faces its biggest challenge, fulfill the dream that appeared in fifth place on Álex’s list and that is none other than to compete in the Dakar. And the ALL1 team is on its way to become the biggest amateur team ever to compete in the Dakar. Seven friends, seven bikes and a project for the 2024 edition that is now underway.

ALL1 is made up of 7 pilots, 30 technicians and another 60 companions. All in all, in its first competitive appearance in Morocco, the structure will displace a small group of about 30 people, including the ‘riders’ who embody this adventure, but who basically support the thousands of people who follow the evolution of the team and who share the movement that feeds this project. More and more technical partners and sponsors have also joined the spirit of ALL1.

Read:  Women'secret celebrates the arrival of summer by lowering its collection of swimsuits: seven irresistible models

ALL1 pilots in Morocco are Carlos Llibre -Álex’s brother-, Xavi Pes, Álvaro Andreu, Pepe Martí, Fer Conde, Javi Amat and Josép Pedro, all of them with different responsibilities within the team’s organization chart beyond getting on the bike. As heterogeneous are their stories and tasks within the formation as the motorcycles they use. In Morocco they will fight with four KTMs, two GasGas and a Husqvarna.

Participation in the Morocco Rally is not only the perfect test bench for the seven ‘motards’ of the team in an always complex discipline, but also for the rest of the members of ALL1. We are talking about Joan Fernández -technical and logistical manager-, Moi Gangolells -physiotherapist with experience together with Marc Coma or Laia Sanz-, Jaime Puig and Pepe Martí -sports managers- and Rocío Carasso -communications manager-.

On a sporting level, the objective of the ALL1 ‘riders’ is to offer the necessary arguments to David Castera’s organization in this demanding rally to be taken into account for the Dakar 2024. In the event that one of the drivers does not achieve this goal in Morocco, the structure does not rule out participating in the Dubai Rally or other events with a similar profile to meet the requirements that allow all pilots to fulfill Alex’s dream.