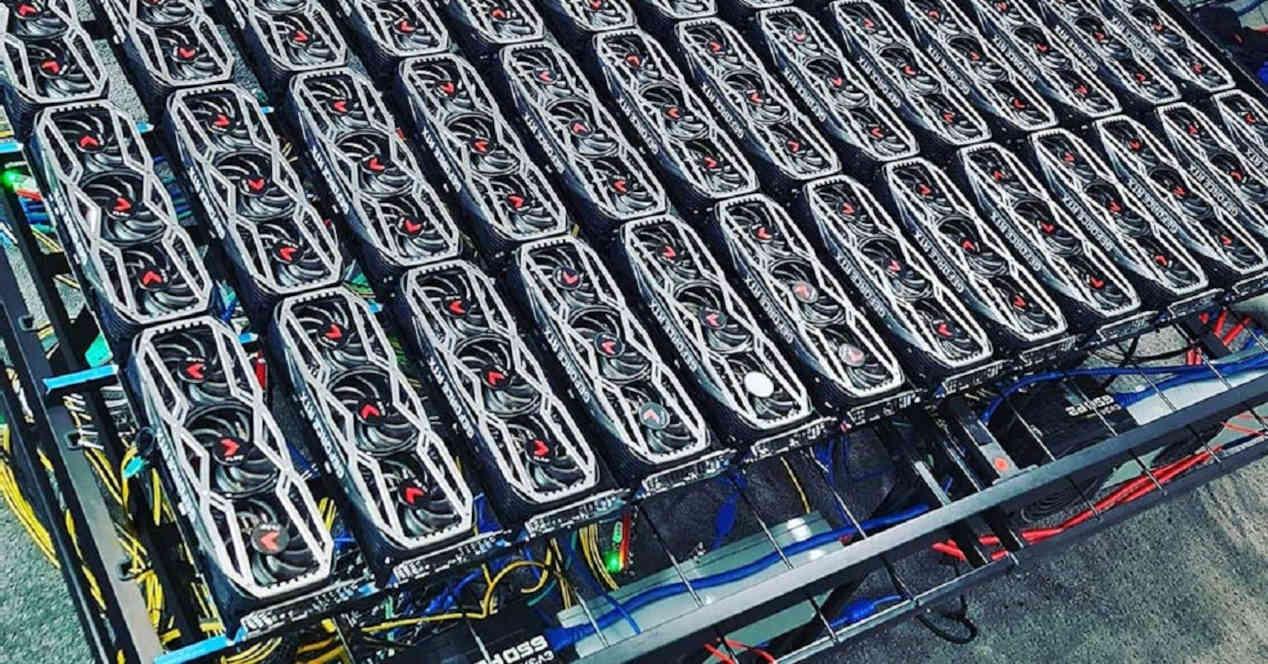 At the moment both the AMD RX 7000 with RDNA 3 architecture, and the NVIDIA GeForce RTX 4000 under Lovelace architecture, are nothing more than a promise on paper and are not (for now) real products. However, there are people who claim that they already exist and would be found on mining farms. What is truth in such claims?

First of all, be skeptical about the information you see in the graphic above. The reason? While it is true that we expect a big performance jump between the RTX 30 and the future RTX 40, the fact of going from the 110-120 MH / s mining rate of Ethereum in a RTX 3090 to the 1200-1300 MH / s What does the graph above say has the RTX 4090 Ti mining fee … Complicated. This is too big a leap to be credible.

We are talking about a mining capacity that is an order of magnitude higher, which requires enormous computing power, but we also have to take into account that mining is highly dependent on bandwidth and there is no VRAM memory configuration current that does not cause a bottleneck to that hypothetical RTX 4090 Ti when mining.

So what explanation does this have? Well, very simple, since it is most likely that we find a farm that makes use not of GPU, but of ASIC to mine, to those who for fun, those who have assembled them have given the name of graphics cards of next generation from NVIDIA and AMD.

Read:  How to Activate All Processor Cores in Windows 10 Easily

They are not finished yet

The NVIDIA RTX 40 is expected well into the second half of next year. Usually the period from when a chip is finalized until it is put on sale is six months on average. Well, in that period the GPUs are distributed to the different assemblers and manufacturers so that they have time to have their products for the launch date.

The fact that there is an NVIDIA RTX 4090 Ti means that there is a designed graphics card and that a vendor, even NVIDIA itself, already has their designs ready for them. So, as has happened in other times, we would already have information circulating on the networks such as almost final specifications, performance in benchmarks and everything that surrounds the launch of new hardware. But this has not occurred and confirms that there are still no functional RTX 40s except in NVIDIA labs.

As far as an RTX 40 that is mining on a farm can’t exist. NVIDIA itself may have several of its prototype graphics cards made by mining in some secret corner of its facility, but it is totally impossible for an outside farm to have an RTX 4090 Ti for mining right now.