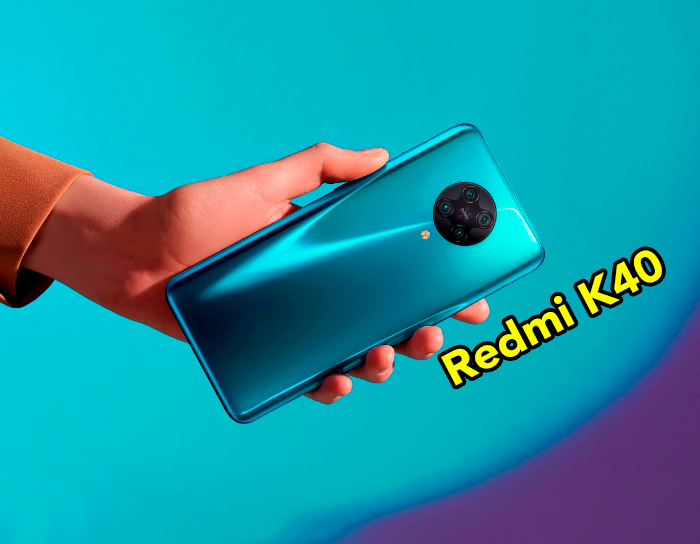 The first leaks of the Redmi K40 are a reality. It may seem early, but it really isn’t. The Redmi K30 was presented in early December in China and knowing the Xiaomi strategy with the weekly presentations is not crazy that we are already talking about this device. The Redmi K30 and K30 Pro arrived in the rest of the world later, but in China, things work differently. Certain Xiaomi devices are presented months before in the country of origin. Today we can start telling you very interesting details about the Redmi K40.

Index hide
1 The Redmi K40 will put aside Qualcomm processors
2 How likely is the Redmi K40 to be like this?

The Redmi K40 will put aside Qualcomm processors

The first and most important leak is processor-related: The company will put Qualcomm aside to use a MediaTek chip. Specifically, there is talk of the MediaTek Dimensity 1000+, one of the most powerful chips on the market today. It’s not a bad choice, but outside of China Xiaomi may find it hard to sell a high-end device with a MediaTek processor.

Why choose this processor? The first reason could be the price since this processor is cheaper than the Snapdragon 800 on duty. The second reason is related to the screen since this MediaTek chip we are talking about supports a refresh rate of 144 Hz. Indeed, everything points to your screen showing that refresh rate.

Another leaked feature of this device is the rear camera. It is unknown how many sensors it will include, but it is known that the main one will have 64 MP and it will be a Sony IMX686. It is a high-quality sensor that could offer an outstanding photographic section to the device.

Finally, there is talk of a 33W fast charge that is not too surprising and is easily seen in other terminals of the company itself.

How likely is the Redmi K40 to be like this?

The source of the information seems quite convinced that its processor will be the MediaTek Dimensity 1000+ and also the rest of the details. It is difficult to know if we are facing a real leak or not, so we can only wait.

Xiaomi is very prone to forward presentations and not wait a year to renew its different series. This leaves us with a possible presentation in October or November, so starting to see component leaks is not crazy.

Still, this is speculation and you should pick up the information with tweezers until further notice. These characteristics could belong to other models of the company that is not the Redmi K40. Still, we can’t deny that everything looks great for Redmi’s next flagship device.

What do you think about this Redmi K40? Do you think it will be like this? Tell us more in the comments or on social media!