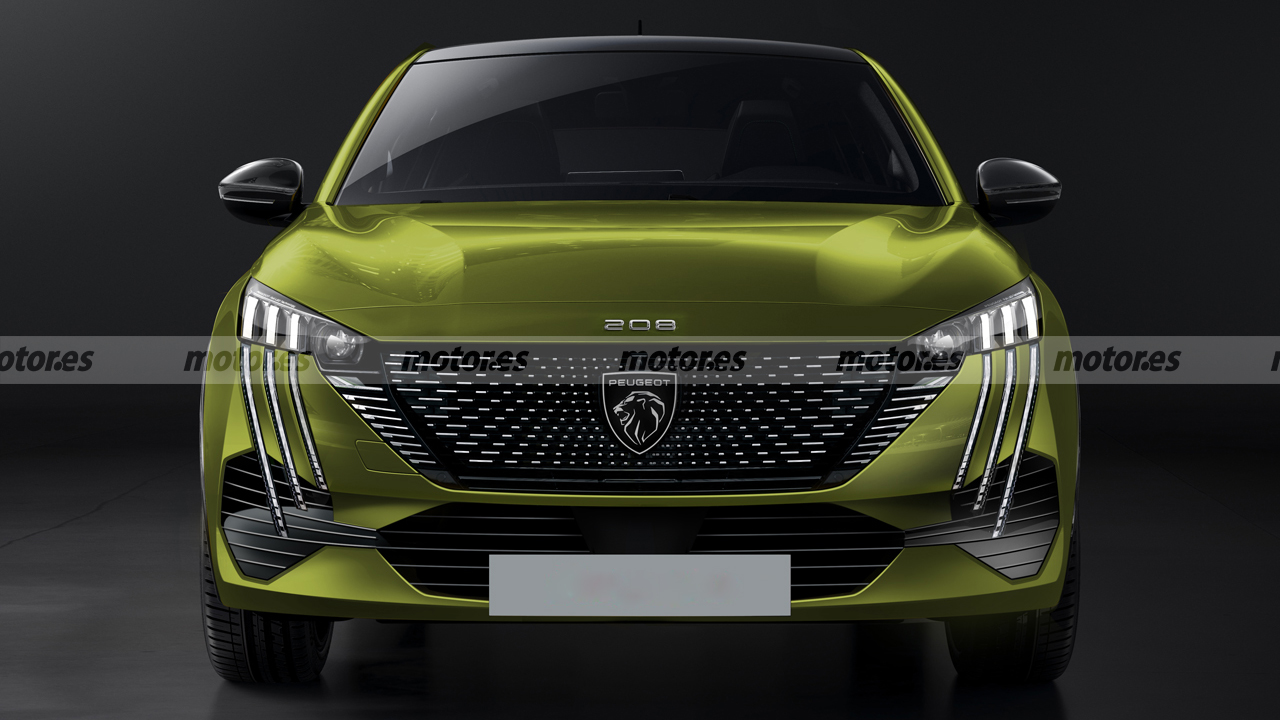 The Peugeot e-208 will undergo a major update. A facelift that will allow the current generation to face the rest of their commercial life. Peugeot’s popular electric car will debut numerous new features and, taking advantage of the introduction of the “facelift”, this model will be manufactured in Spain. A change that is part of a strategic plan for Stellantis.

In a short space of time the peugeot e-208 It has established itself as one of the most popular electric cars in Europe. This very interesting model that deals in the competitive segment B must face rivals of great depth. However, Peugeot has made the 100% electric variant of the Peugeot 208 an icon of its commitment to sustainable mobility in the Old Continent.

The current generation of the e-208, the first, will soon undergo a major overhaul. A facelift as a mid-cycle update to be able to face the rest of the commercial life that lies ahead. The “facelift” that peugeot you have on the agenda for your cheapest electric vehicle will bring with it very important innovations that go far beyond a simple change of image or improvement of the technological equipment.

Index hide
1 The Peugeot e-208 will now bear the “Made in Spain” seal
1.1 The keys to the new Peugeot 208 2023: design, technology and mechanical news
2 Stellantis plans for the CMP Entry platform in Europe
3 The future of the Opel Corsa and Peugeot 208 will be linked to Spain

In 2023, the year in which the launch of the new e-208 is planned, the implementation of an ambitious restructuring plan will materialize in the factories that Stellantis has in Europe. A plan that affects the electric utility. A model that, let us remember, is currently manufactured in Trnava (Slovakia). However, this will change so that the e-208 bears the “Made in Spain” seal.

The electric variant of the Peugeot 208 will be manufactured in Spain. More specifically in the facilities that Stellantis has in Zaragoza. The Opel Corsa-e is already produced there, a model with which it is closely related on a technical level. As for the thermal versions of the 208, they will be manufactured in Kenitra (Morocco). In Moroccan territory, the thermal access and medium versions of the range are already produced.

Read:  Rivian models are at the top of the market for their record autonomy

Why this important change? The main reason is related to the Stellantis Smart Cars program and whose main objective is to give life to a whole range of models on the new CMP Entry platform. This architecture has been designed mainly in India by the TCS company, owned by Tata Motors. The platform will be launched this year by the new Citroën C3, which will be marketed in both Brazil and India.

The keys to the new Peugeot 208 2023: design, technology and mechanical news

Stellantis plans for the CMP Entry platform in Europe

The CMP Entry platform will be adapted to the European market. According to reports to which a specialized media outlet has had access, Stellantis has decided to award this production program to the Slovak plant in Trnava. In this factory the next generation of the European C3 will be produced as well as the replacements of the current Citroën C3 and Opel Crossland. These subcompact models will have a range with thermal (gasoline) and 100% electric versions.

Last but not least, it should be noted that the next generation of the Opel Corsa and Peugeot 208 will also be linked to Spain. The new generations of both models are scheduled for 2026. The Corsa will become a 100% electric car, leaving aside its thermal versions. These models will be based on the new STLA Small platform. However, in the specific case of Peugeot, a Peugeot 208+ with light hybrid mechanics manufactured in Morocco will be added to the range. A utility intended for drivers who are not yet ready to go electric.

packaging is vital for consumers