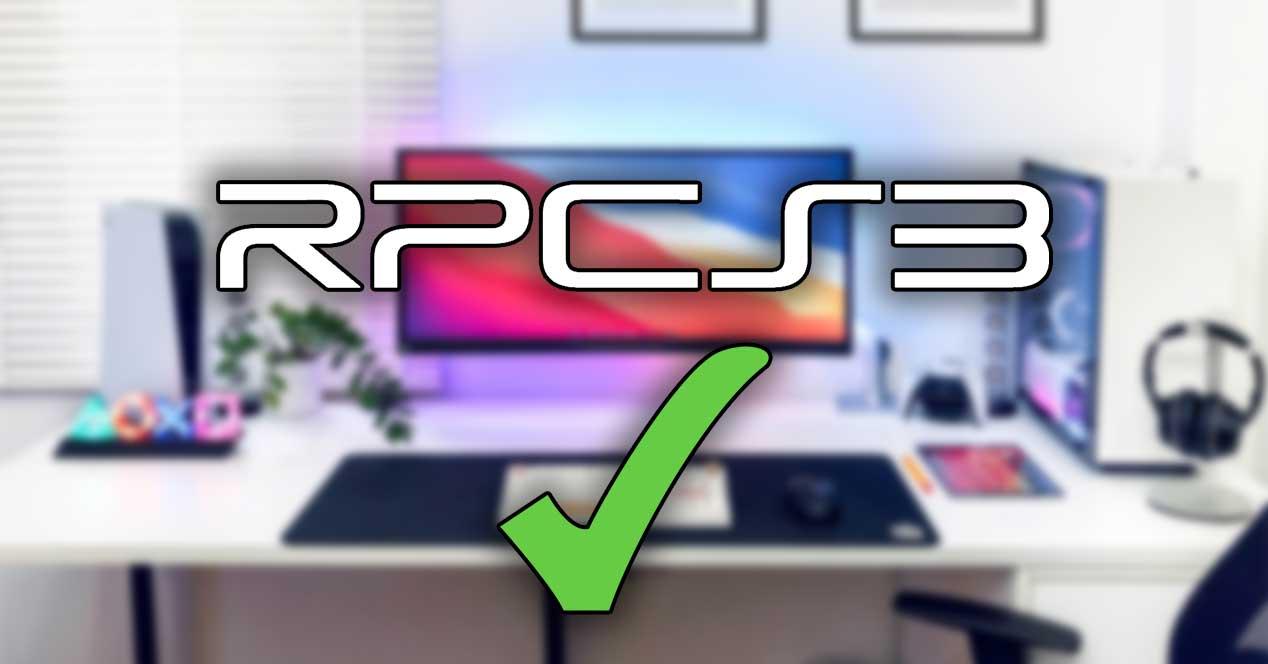 This was announced this week on their Twitter account. Currently there 3,233 games and applications for PS3 with different states depending on their compatibility: playable, being able to play, running the intro, the game loading, or nothing. For months now, the largest number of games is playable (currently 63.53%), but the new milestone is that there is nothing left that is not executable.

With this advance, all games can be run on the console, although not all are playable. The 63.53% they can play perfectly or with minimal glitches They do not affect the playable experience. 30.53% can be executed, but they have bugs that make playability difficult, such as the absence of textures or rendering errors.

We’re delighted to announce that RPCS3 now has a total of ZERO games in the Nothing status!
This means that all known games and applications at least boot on the emulator, with no on-going regressions that prevent games from booting.
We look forward to emptying out Loadable too! pic.twitter.com/fE1iDpAvQo

Beyond that, only the 6% of games they stay stuck in the intro, or they can just be run. This is important not only because they can all be run now, but because there are none that have gone back and cannot be run due to changes made to the emulator code.

The next goal of the developers is to zero out the Executable category, where the game does not get to load the introduction, and which represents only 0.19% of the titles. With each update they not only improve the emulation and supported titles, but also add features such as FidelityFX Super Resolution, the AMD equivalent to NVIDIA DLSS to rescale games using AI and consuming fewer resources.

As a result, you can enjoy better resolution with minimal impact on performance. This resolution improvement is key on a console like PS3 where most of its games run at native 720p. Also, in the case of wanting play in 4K, you can now render the games in 1440p and resize to 4K, with a practically identical image quality, but with a higher number of FPS.

Thanks to this emulator, you can give them a new life to your PS3 games if you have had problems with the console. In addition, you can play them with higher image quality and with greater peripheral compatibility, since you can even play them with a keyboard and mouse.

How will RPCS3 work with the Steam Deck?

Some users are also asking if the emulator will be compatible with Steam Deck. From the official profile they state that they have contacted Valve to receive a pre-launch unit to be able to perform performance tests and determine if the emulator will work or not well on the portable console. They have not received a response, so we will have to wait for the first units to go on sale and for users to start doing performance tests.

In the minimum requirements, RPCS3 details that a processor is recommended 6-core, 12-thread AMDWhile the Steam Deck will feature a 4-core, 8-thread AMD chip. Therefore, it is likely that the console can run a multitude of games at an acceptable performance. So if you want to play PlayStation games on a laptop, the best option will still be to use PS Now.