The price of Bitcoin has started the last week of August with a good start, at least that is how it has been reflected in today’s session in the main markets of Latin America

The price of Bitcoin starts the week with positive data, according to data from Ripio in Argentina.

In the Latin American country, the price of bitcoin is trading around 6 million Argentine pesos (ARS) for purchase, with a positive variation greater than five percentage points in the last 24 hours

In Colombia, the price of Bitcoin has managed to rebound in the last 24 hours up to +2.6%, to be listed at an average price of 85 million Colombian pesos (COP).

For your part In the southern country, the price of Bitcoin has slightly started its recovery at the beginning of this daywith a timid +0.7% to trade above the level of 18 million Chilean pesos (CLP), a value that had lost the weekend.

In Peru, the price of bitcoin has followed a behavior similar to that of the rest of the markets in the Latin American regionrecovering +0.8% in its price at the beginning of the day to close the gap of the level of 80 thousand Peruvian soles (PEN).

For its part, in the Aztec country, the price of Bitcoin managed to reverse the downward trend of the weekend when it traded in the band of 390,000 Mexican pesos (MXN). 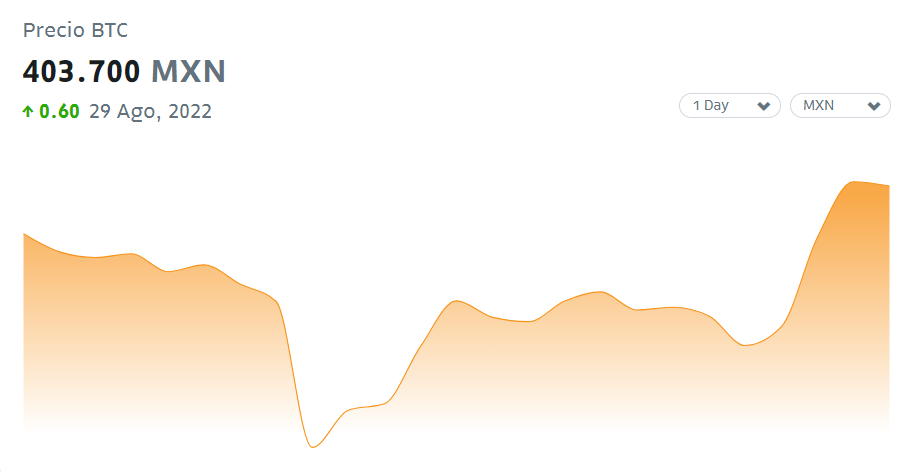 In Venezuela, the price of Bitcoin trades at an average of 130 thousand Bolívares (VES), with a slight recovery compared to the weekend, following the same pattern as in the rest of the markets in the region.