Bullfrag
Home Technology Automobiles The only Cizeta Moroder V16T in the world put on sale… but... 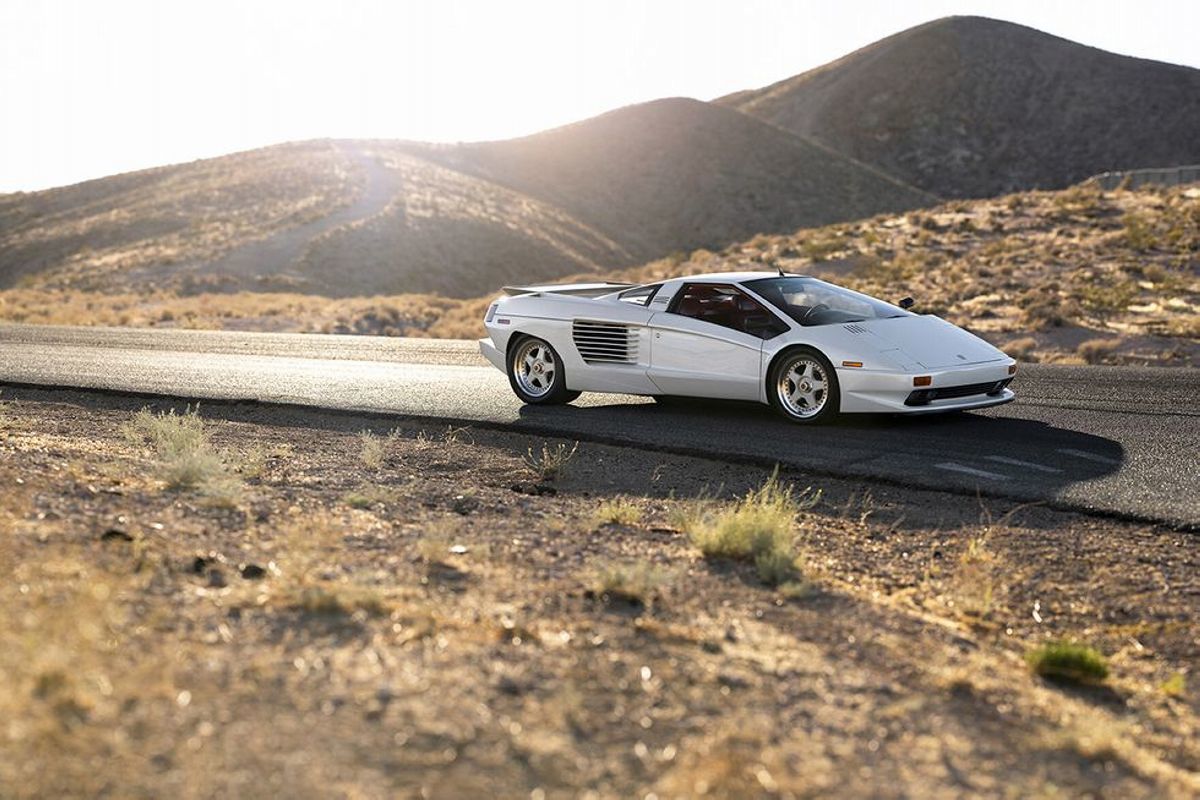 A few days ago, the sale of the first prototype of the Cizeta V16T was announced. A unique and historical specimen, as it was not only the one used to present this radical project but it was the only one that bore its original name, Cizeta Moroder V16T.

As a general rule, we usually announce the sale of exclusive or classic models, but this time we have to talk otherwise, because after appearing early last week in the lists of the next RM Sotheby’s auction in Pebble Beach, this specimen has been deleted and therefore we assume that it will not be auctioned.

We are not talking about one of the few Cizeta V16Ts sold at the beginning of the nineties, but about an even more special unit, the first prototype manufactured and that served both for the official presentation of the model at the Geneva and Los Angeles shows as well as for the first dynamic tests, carried out by a few media at the beginning of that decade.

Index hide
1 Giorgio moroder
1.1 One of the exclusive Cizeta V16T of the Sultan of Brunei appears for sale brand new

At that time the project was still a joint initiative between Claudio Zampolli and music producer Giorgio Moroder, so we are talking about the only unit that was manufactured with the original name of the model, Cizeta Moroder V16T. After 1990 both went their separate ways and the few copies manufactured lost their surname., becoming simply called Cizeta V16T.

The little that is known about this specimen is that it remained for years in the composer’s hands and that some time ago it passed through the Canepa workshops in California to undergo extensive restoration work, so the specimen is in perfect condition. This first prototype has the basic features that were later transferred to the few production copies that were assembled and shares with them the 16-cylinder, 6.0-liter engine that it delivered. 547 hp (540 hp) 542 Nm of maximum torque. Although as an initial prototype it also had small design details that were later modified before going into production, which underlines the unique character of this example.

Read:  GP Brasil - Alonso suffers at sprint: «Today we had the worst strategy; the Top 10 is very possible tomorrow »

We do not know why the model has been removed from the RM Sotheby’s auction lot listing. It is very likely that a technical problem has arisen with the copy or some logistical nature that could prevent the sale of the model. Unless they are disclosed by those involved, we doubt that we will ever learn the true reasons for their cancellation.