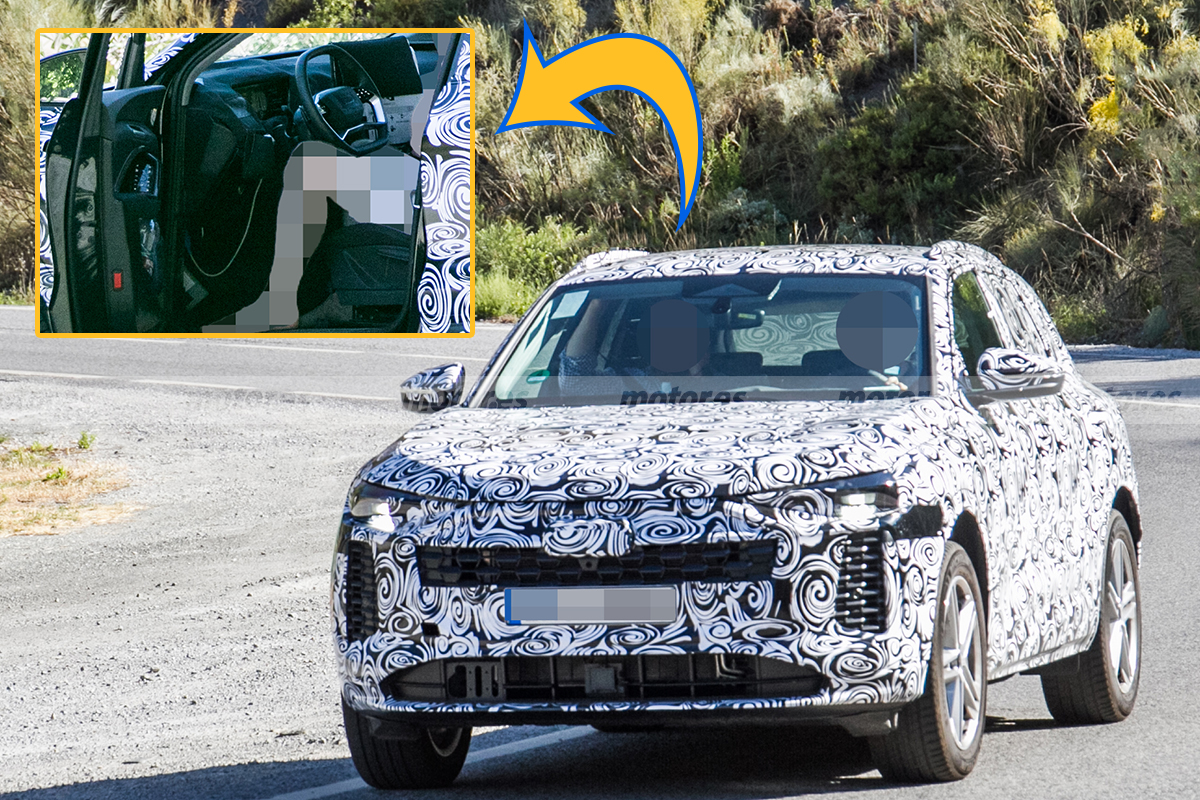 The development process of the new generation of the Audi Q5 has moved to southern Europe. Audi has launched all the machinery to carry out the renewal of its popular SUV. A test specimen has been photographed in broad daylight. Unlike previous sightings, this is the first time we’ve been able to take a look inside.

Audi continues to work at full capacity in the development process of one of its most important SUVs. The time has come for the Audi Q5 experience a generational change. A complete renovation that will bring with it numerous innovations that go far beyond a simple change of exterior image or improvement of the technological equipment.

The new Audi Q5 2024 has been photographed in broad daylight on several occasions. Well, once again, there has been a sighting of the new generation of the Q5. However, and unlike previous occasions, we have the opportunity to take a look at the cabin for the first time. Moreover, some of the innovations that will be inside have been partially revealed.

The brand with the four rings has moved its particular “headquarters” to southern Europe where it is carrying out the very important summer tests. The new Q5 is one of the projects Audi is working on. Our spy photographers took advantage of the fact that the test driver parked the vehicle and opened the front door to take several shots of the interior.

As with the exterior, camouflage also makes an appearance in the cabin. However, we can highlight several key aspects to clear up some of the doubts about the new generation of the Q5. It jumps out at you new multifunction steering wheel. It presents a much more modern design compared to the steering wheel used by the current Q5.

Read:  The new Mercedes T-Class 2022, the practical multipurpose has a presentation date

On the other hand, and although it is covered, the new infotainment system screen. A screen that crowns the center console and that will be larger than the one used by the model that we can find at the moment in dealerships. The screen of the current model reaches 10.1 inches. The new multimedia system will allow access to numerous online digital services. The front door panel is new and also there will be changes in the digital instrument cluster.

The electrified engines of the new Audi Q5 2025

Regarding the exterior, there are no changes. Almost the entire body is covered in camouflage. It also has certain temporary components such as taillights.

The engine range of the new Q5 It will be made up of a selection of petrol and diesel engines. Most of the motors will be electrified with 48-volt mild hybrid (MHEV) technology. There will also be plug-in hybrid versions (PHEV) that will continue to play the role of a greener alternative. All versions will have automatic gearbox and quattro drive.

The debut of the new generation of the Q5 is set for the second half of 2023. The commercial launch will take place shortly after its presentation. It will arrive at European showrooms as a 2024 model. Development continues to proceed apace.