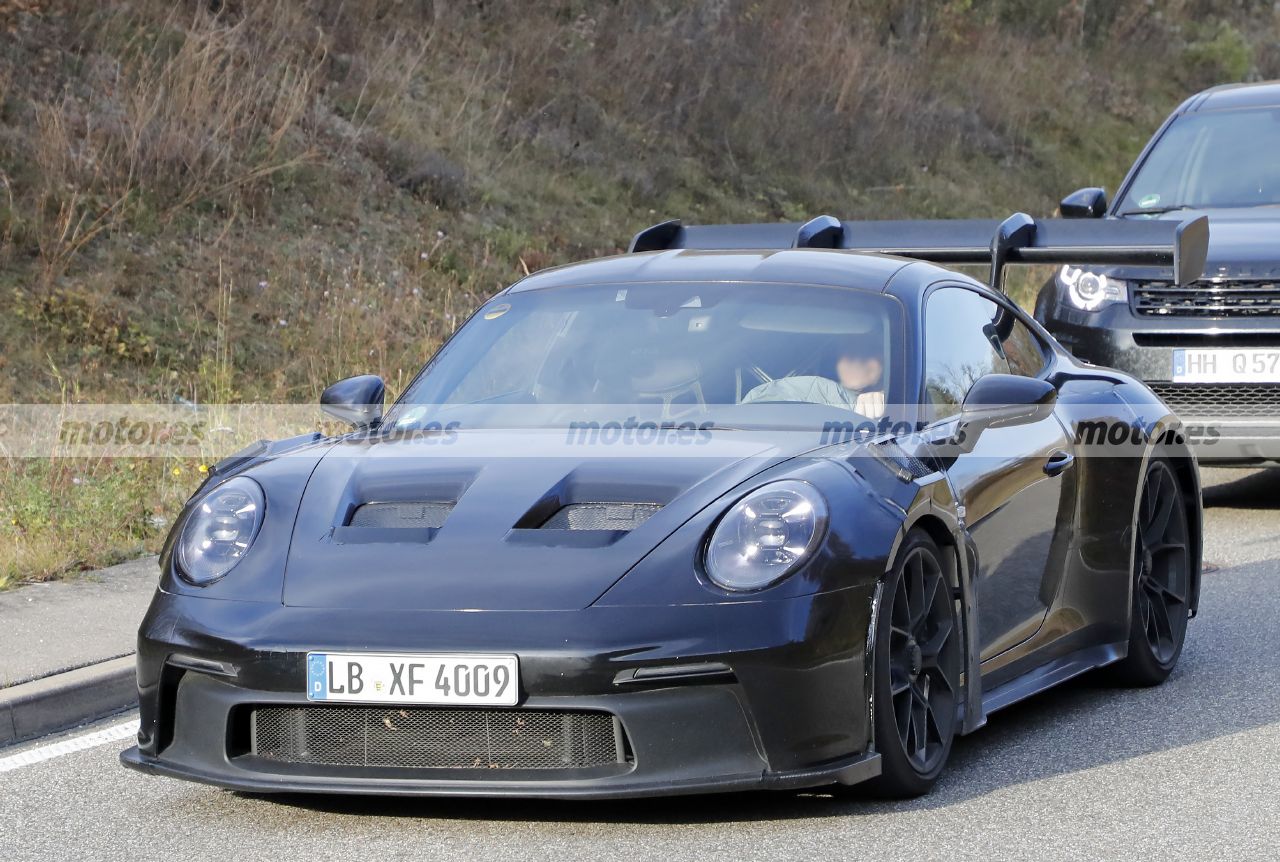 The team in charge of developing variants of the Porsche 911 continues to work on the development of the new 911 GT3 RS 2022. One of the most radical versions of the German sports car that is about to debut, showing off on urban roads as you can see in these spy photos .

The characteristic features of the new generation of Porsche 911 GT3RS they begin to be seen more than necessary, despite the fact that this more radical version of the iconic German sports car continues to present a bulky camouflage. The Stuttgart brand is reluctant to eliminate the panels that hide certain pieces, so it will be difficult to see it uncovered before its presentation scheduled for the middle of this year 2022.

This 911 option will be one of the most radical in terms of power and performance, with a special configuration inherited from the brand’s experience in motorsport, as shown in this new series of spy photos of one of the prototypes hunted in the surroundings of the Weissach technical center. Where the most select Porsche products are cooked. The 992 GT3 RS takes sportsmanship to a limit level, although now it faces tests in a very different setting from its usual preserve, that of the circuits, and the Nürburgring in particular, which has been closed for a few months until next spring. .

Its development already accumulates more than a year and a half since the first prototypes were sighted With the production configuration in tow, it’s been a long time since this street homologated competition model is perfect, surpassing itself once again. The Porsche 911 GT3RS 2022 It will offer a very aggressive front, and the great proof is the openings in the front hood panel, along with a bumper with a large grille. The oversized front wheel arches house some Ventilation and functionally aerodynamic gills to increase the load on the front axle.

Read:  The keys to the success of green hydrogen and the role of Spain in it

Nothing has been left to chance Porsche, nor the rear image, much more impressive despite the fact that the bumper remains hidden but exposes the two central exhausts and the diffuser, in addition to the Huge manually adjustable fixed spoiler that focuses all attention on the rear. Porsche is aware that weight is a key in this model, so it mounts 20-inch front and 21-inch rear forged alloy wheels with center nut closure and with carbon-ceramic brakes.

The new 911 GT3 RS will be surpassed again, and set a new record on the German track, hardly surpassed by its rivals. A goal you will achieve with the engine naturally aspirated 4.0-litre six-cylinder boxer, without supercharging, and from which they will extract a maximum power of, approximately, 550 hp. A propulsive set that the brand will associate with a change seven-speed PDK automatic, and channeled directly to the rear axle wheels.