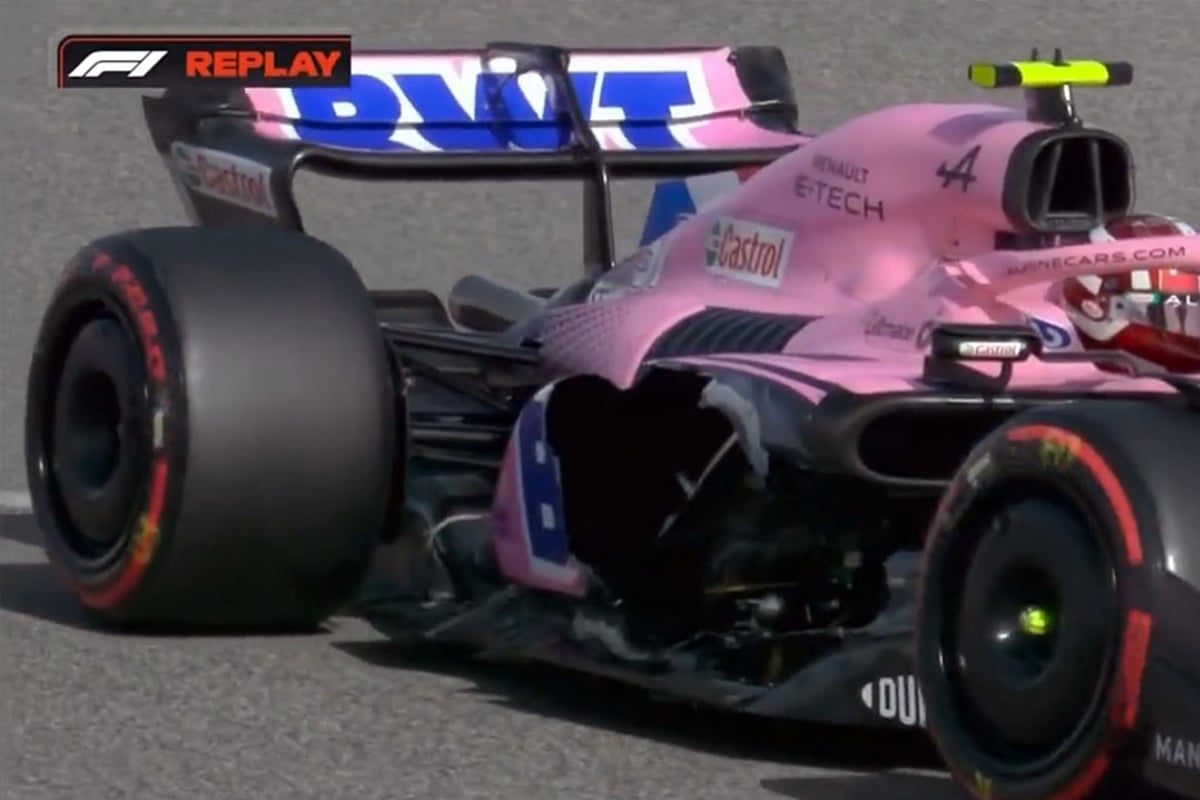 The first session of the season for Alpine did not go according to plan and the new pontoons that the Anglo-French team has debuted in Bahrain disintegrated on the finish straight.

What seems like an oversight of the mechanics of Alpine has caused the Anglo-French formation to lose one of the new pontoons released this weekend at the Bahrain Grand Prix.

As we told you on Thursday morning, the Alpine A522 of Fernando Alonso and Esteban Ocon received a brand new aerodynamic update in this first race. However, when the Frenchman took to the track to start his Free Practice 1 programme, the right pontoon has disintegrated on the finishing straight, scattering thousands of pieces on the asphalt.

Just behind was Nico Hülkenberg with the Aston Martin that Sebastian Vettel was unable to get on, although the German had no problems and was able to continue driving.

Nonetheless, Fernando Alonso It has gone out on the track with the new specification of this part and has not suffered any type of problem, so it is very likely that the failure was caused by the mechanics, who have not properly sealed the bodywork.

The set is made up of several pieces that must be sealed with tape to prevent air from leaking through the joints and cause this kind of ‘explosions’ from the inside. Subsequently, Esteban Ocon returned to the track with the old pontoon specification, completing a total of 15 laps and recording the 12th fastest time, 0.958 seconds behind the leader of this session, Pierre Gasly.

Read:  Alpine; a promise and a wish for Fernando Alonso

For his part, Fernando Alonso has added 14 laps, registering the eighth fastest time when stopping the clock in 1:35,000, to 807 thousandths of the French of AlphaTauri. The Spanish rider presented his new helmet on Thursday afternoon, which is now dominated by different shades of pink in clear reference to the team’s new sponsor: BWT.