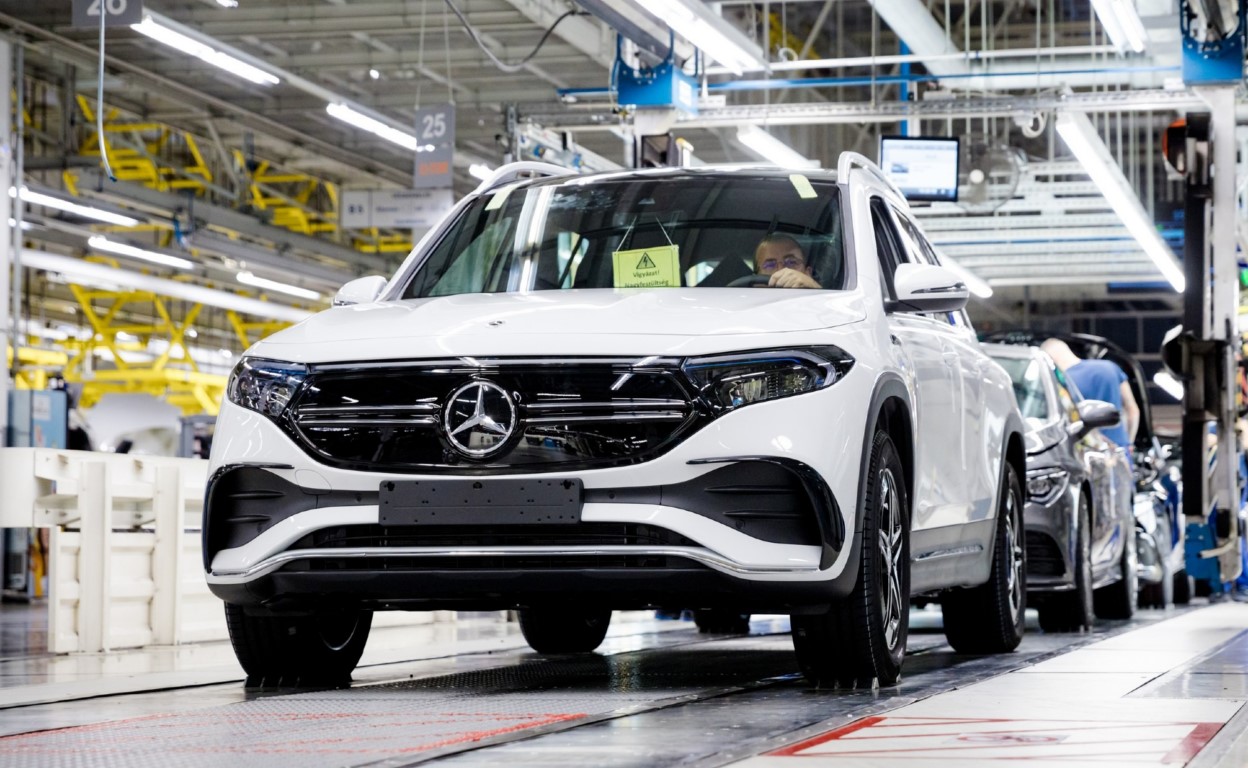 Mercedes has started production of the new EQB at the factory in Kecskemét, Hungary. The same seat assigned for some of the compact models of the star brand. Manufacturing started at the same time as the electric SUV is doing so in China. A unison launch, the first units of which in Europe will be delivered in early 2022.

It was first presented in Shanghai and, last September, at the Munich Motor Show. The new Mercedes EQB is manufactured in China and Europe, whose first units are rolling off Kecskemét’s production lines, Hungary, since last October 22. The first deliveries in the main European countries are scheduled for early 2022.

The new EQB is the third electric SUV that Mercedes sells in Europe, with characteristic features among the models in the new Mercedes EQ electric car division. Unlike the new GLB, the EQB comes with one-piece headlights with closed panel finished in gloss black Of the grill. At the rear, the pilots are spread across the width of the gate by a light bar.

Inside, the base is also the combustion model, but with an adaptation of the digital instrument panel and the large touch screen to electric power and its efficient management. The Mercedes EQB is the only seven-seater electric SUV in its class, and practically on the market too, although it will also be sold with 5 seats.

Customers will have two versions, the EQB 300 4MATIC and EQB 350 4MATIC, both equipped with two electric motors, one per axle, the first with a maximum power of 228 hp and the second with 292 hp, so both have all-wheel drive. A system that works on demand to conserve the most energy in the battery and, therefore, the maximum autonomy of up to 419 kilometers, according to the WLTP cycle. In low power demand conditions, it is the rear engine that runs only.

The two options also share a energy recovery system, with a maximum of 190 kW, and are equipped with an on-board charger with a power of 11 kW. Connected to a fast charging point, it can assume a maximum of 110 kW, so the EQB needs little more than 30 minutes to reach 80% of full capacity, about 335 kilometers.

The new Mercedes EQB 2022 debuts for Europe, an electric SUV with up to 7 seats