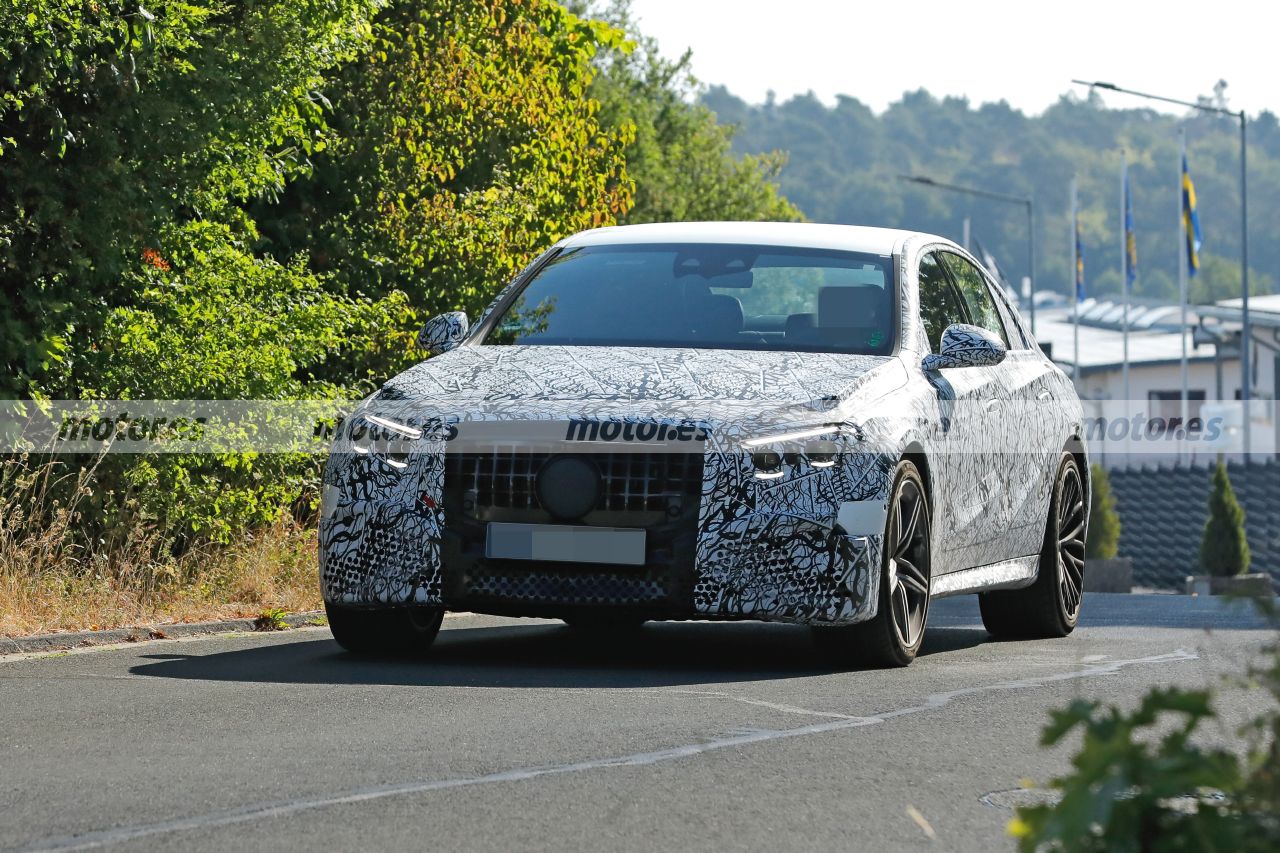 Prototypes of the new Mercedes-AMG E 53 make an appearance in spy photos at the Nürburgring. It is the third sighting of this new generation of the sports saloon with a new PHEV system on board, which will offer high performance without going to the extreme of the future E 63.

The new Mercedes-AMG E 53 2024 it was sighted, for the first time, in the past winter tests and, later, in the extreme heat tests in southern Europe. Now, this first version of high performance signed by AMG has been seen around the circuit of Nurburgringwhere it will break in the coming weeks.

those of Mercedes-AMG are in the process of testing this more powerful E-Class, as you can see in these new spy photos, the least bit of the camouflage that covers its bodywork has not come off. You can barely see the grille grille of the radiator with the typical design Pan Americanand some of the headlights are sharper and have a dual daytime running light signature, unlike recent facelifts.

Its large air intakes are covered, but the powerful brakes it houses behind the alloy wheels are visible, with perforated discs on both axes and red calipers. The sharper side skirts also contribute to reinforcing the sportiness. At the rear, the new Mercedes-AMG E 53 has four round exhaustsgrouped in two pairs.

Read:  Yakuza 8 announced, which will now be called Like a Dragon 8 and will arrive in 2024

A new sighting in which we have not had the opportunity to appreciate its interior, although according to the look, you can appreciate the great care of the brand with the dashboard, covered with a canvas preventing seeing a more modern style than that of the Class C and Class S.

The new Mercedes-AMG E 53 will be one of the great novelties of the second half of 2023, although it will be for sale in 2024. Under the hood, a PHEV combination is expected -the sighted prototype has two covers on the rear wings- with the engine of 4 cylinders and 2.0 liters turbo on the thermal side and an electric motor attached to the rear axle. The system will allow the maximum power to be increased to 500 hp, keeping the 9-speed automatic gearbox and the 4MATIC all-wheel drive.